Forgive my lack of enthusiasm 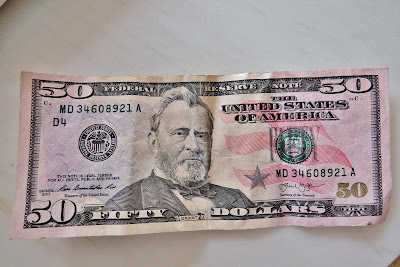 The honest mower of grass delivered this to our door yesterday. Weathered and rained on, Mr. Man is the only one I know who carries Fifties around like kleenex in his pocket.
Missing for weeks, I should have said "finders keepers" but instead took it back to give to the man, more as a reminder to keep better track 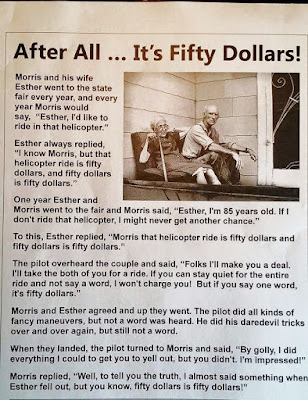 My artist friend,Karen, and I walked into Fairhaven for a  so called cultural festival in the village green...
On the way we saw many of these, New to the area- Jerusalem sage, which grows in dry arid soil with  plenty of sunshine. Our climate is indeed changing. 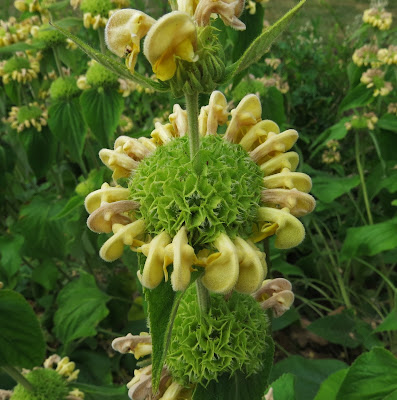 The "bonkers" in their infancy growing massively over the bridge. The bridge that connect this side of south to the other side of south. It is old and has scared me a number of times. 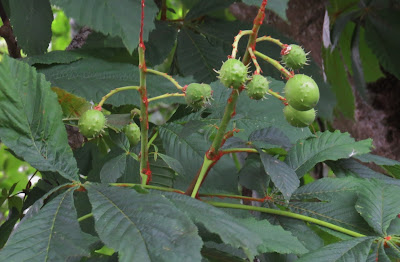 This  airy ferny looking tree is also new to the neighborhood- Don't know what it is , other than delightfully lofty and beautifully hued! 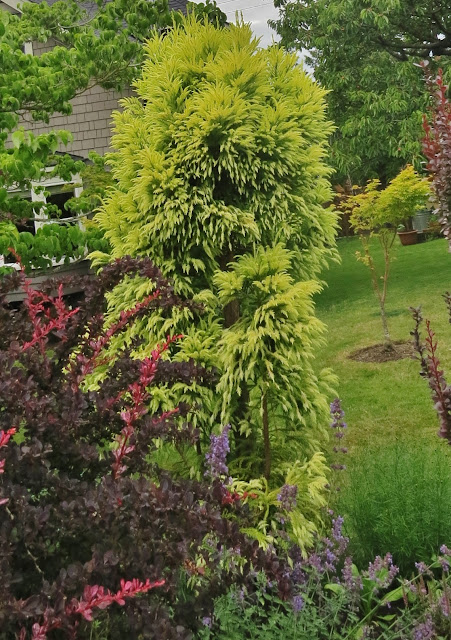 We made it to the village green, where a few sad little booths of native culture were set up- and one lone singer blasting out a "song", more of a chant - "We're not going anywhere"...in a minor key with loud robot percussion accompanying him.
Not quite rap, not quite slam- not sure what... 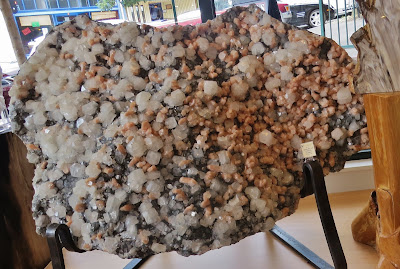 On we went to our friend's gallery, a very nice show of this and that, a very nice conversation, dogs involved as well as popped corn. 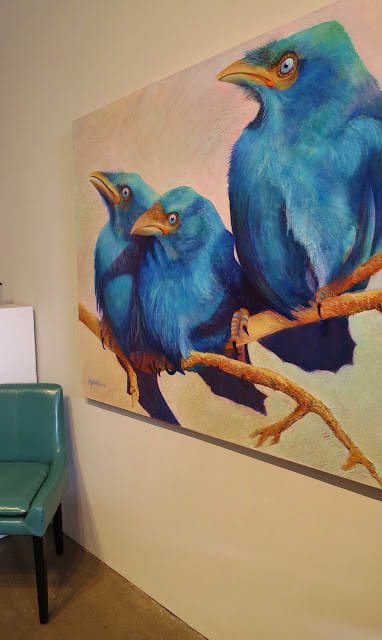 This morning I scissored off three inches of what some might call hair...Since surgery and all of the medication/stress  my hair has turned into something unrecognizable. It is ridiculous , has no life what so ever. So I just scissored it to teach it a lesson...
and to get it off of the back of my neck where it heats up...see the hole in my neck?
That is the scar.
Good, isn't it! 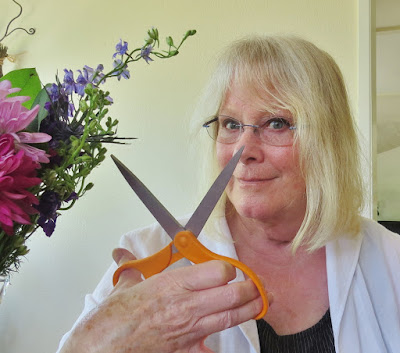 These are Karen's favorite flowers, The rusty /orange/pink/ yellow ones. Growing by the village green. The color really does grab you by the eyes and will not let you go! So mesmerizing, such a complex pallet.
Grateful for the Pansie ,breaking the spell " move on" it says in it's little purple voice, "move along".... 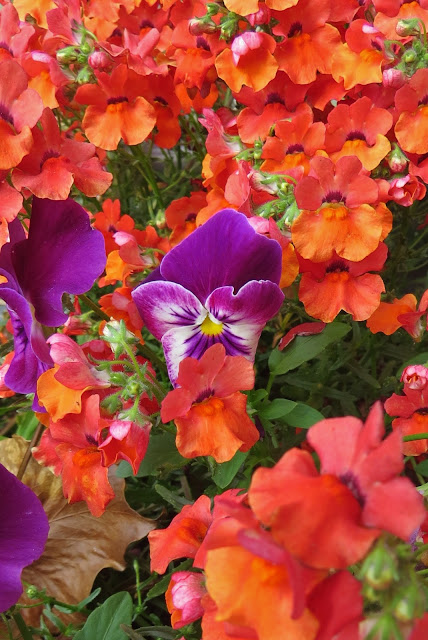 And this is the button my friend made back in the day , I think, but so appropriate now, probably always. 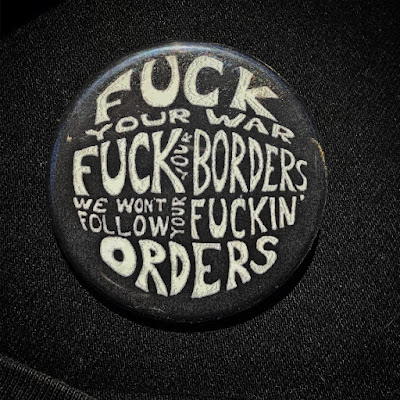 Reading the paper this morning- tRUMP'S supporters, his beloved base, feel more galvanized with every media slam on the RUMP. A need to defend, to protect him because the evil media has made him a victim...So, since he LOVES and must be in the limelight ALL OF THE TIME, if the media backed off entirely and focused on what is going on with congress and the shite passed under our noses behind our backs...that might be a good move. Of course MSNBC and CNN would suffer ratings I suppose, reporting real news instead of tRUMP-o- mania.
I would welcome the change.