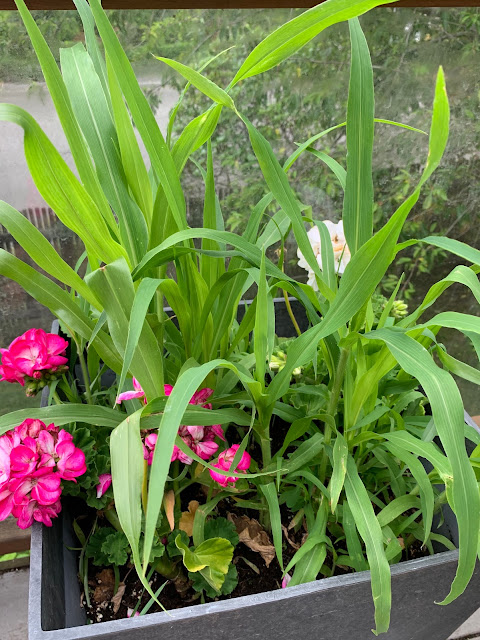 This grass , which resembles corn sprouts, is millet, planted by the birds from our bird feeder. I will leave it in the hope that it will mature by fall to feed the birds .

The things you realize after being married for a thousand years- stories come forth, abilities or experiences are "new found."
This is the case with the garden on the deck. Surprised to know that Dennis has never had a garden, this stuff on the deck is his first-ish. So it is really fun to see what he plants and where. This is his bean pole. Optimistic!!! The beans could each weigh five hundred pound and this pole would not budge!!  Cabbages planted side by side in a ten inch space- They will not like that much , as they tend to grow  two feet in diameter .  I am sure your cabbages take up a good portion of the earth! This  Dennis deck garden is an experiment in "do and learn".  The tomatoes will succeed and, really, what more does  one need?  500 LB Giant beans- we do need those! 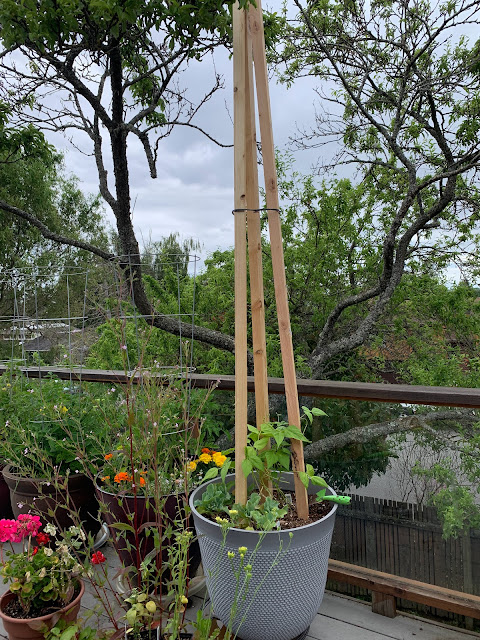 And this is a kidney bean, the size of an 8 week embryo, before it is considered a fetus, and well before it is considered a baby.  They are difficult to find clothes for...they aren't even cute yet. They are nothing but potential, can not live outside amniotic fluid or without a  major plug in, a parasite, really...they are not little angel souls seeking earth life from god. 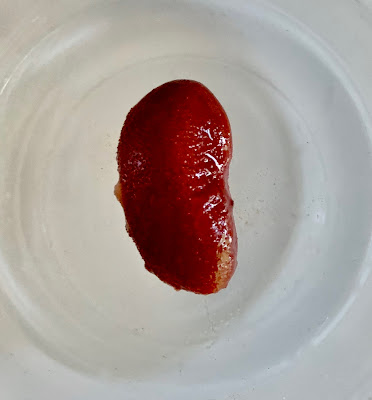 Hormones race during this time, you know a mother is hard pressed to do anything but protect this larvae, even though the mother is ill every waking moment,  just how chemistry works, I guess. Every cell in that mother's body says -" keep this thing!"
So, to ever say that abortion is easy, a way of birth control , hormones , science and  bodily changes have not been considered. Nor has the health issue. Crazy damned Christians, who have never considered the stronger of the two  sexes to be much more than a vessel, need to read a book and get smart... And get their noses out of women's vaginas. 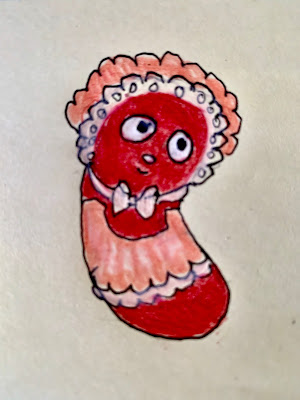 Just watched the surprise hearing,
WOW! The Orange
Thud  must be pooping in his pants right now! AND throwing tantrum lunch at the wall. Oh man, that was amazing testimony.