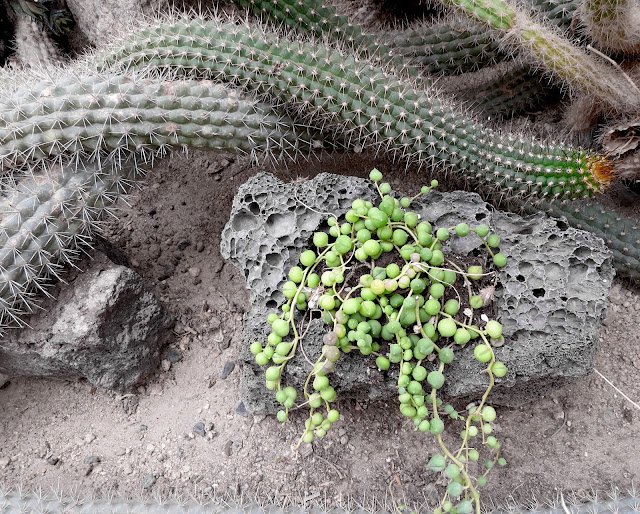 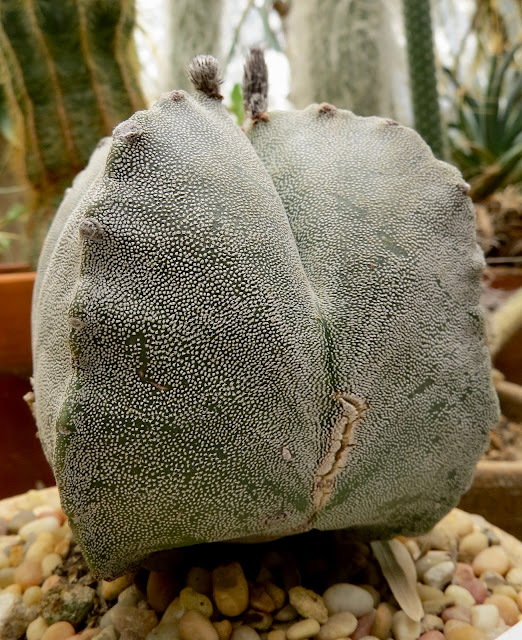 few were flowering,  they were the  attention seekers! My camera loved them. 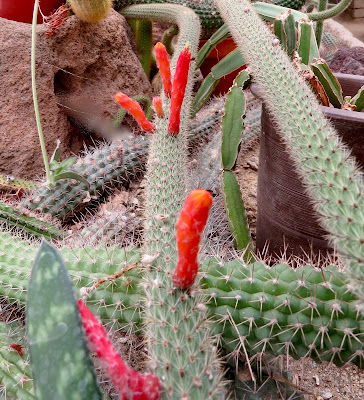 These blossoms popped out of  a snake like cactus that  grows  close to the ground. Tricky thing especially if you are wearing summer shoes or no shoes. The intense color warns , I suppose. Isn't that what nature does? 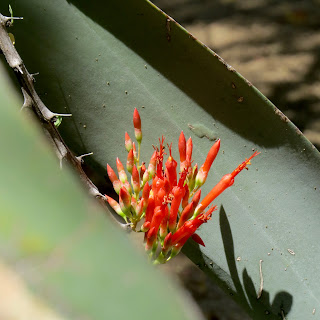 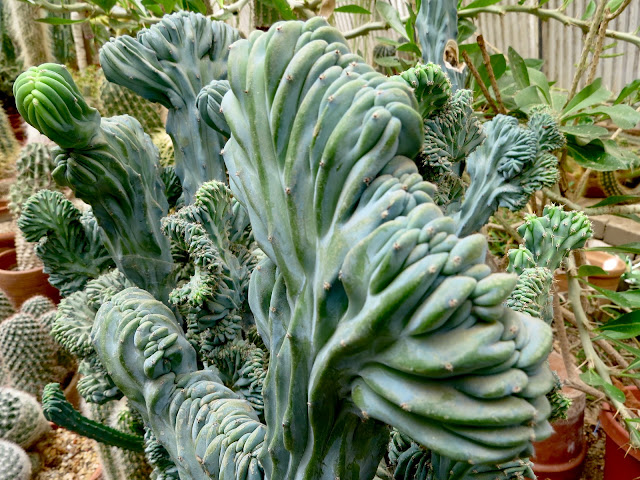 Globbies  growing large without too much cactusy attitude, just small whisker sized needles, that are impossible to remove. irritating like a paper cut but worse. 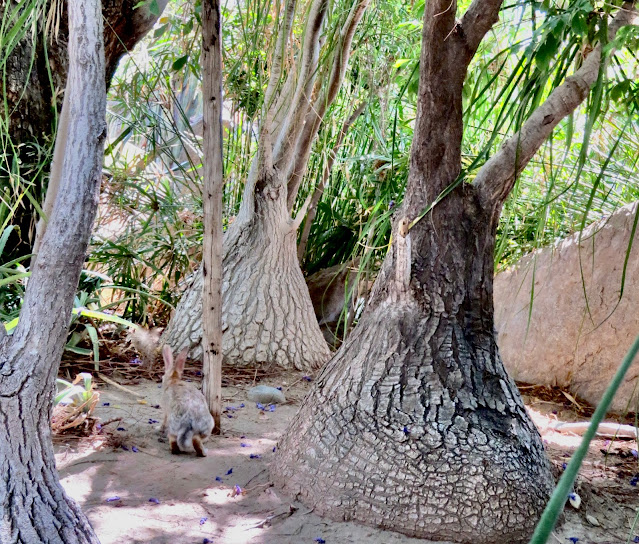 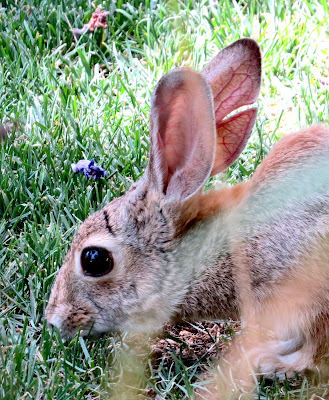 Rabbit hopping around in  the extraordinary pony tail plants, some call it elephant foot. See rabbit?

The rabbit looked at home, kind of  a rough and tumble bunny, with raspy fur and a sliced ear. 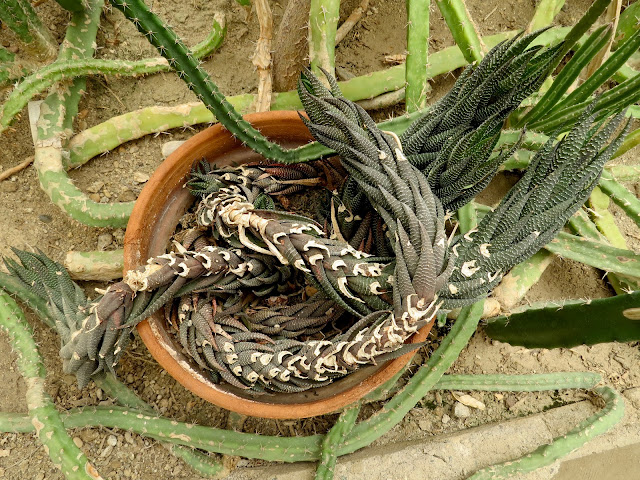 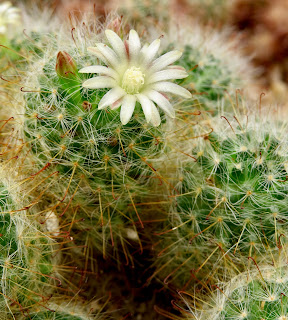 These photos are just a  sampling of what is there, It is on a small bit of land but the variety is astonishing.

Also not a good place to stumble and fall. 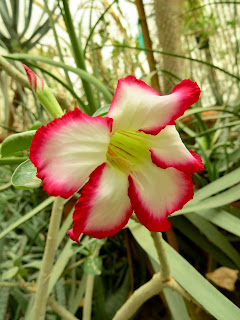 There were two of these flowers growing out of a lid of a plant that looked like something you would want to avoid. 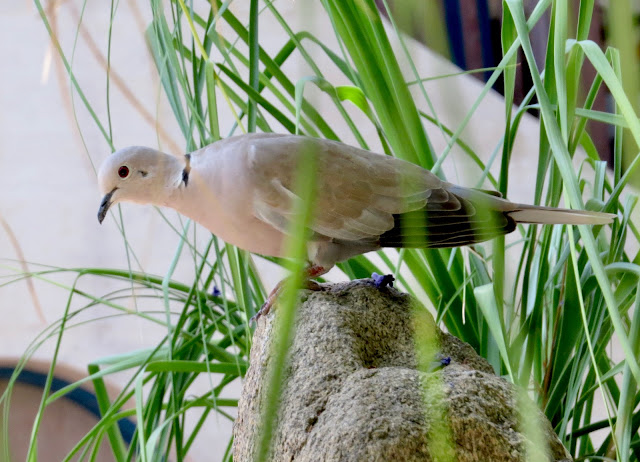 Blue ring necked dove- and a turtle that was as large as a Volkswagon. he looks like he is so over it... 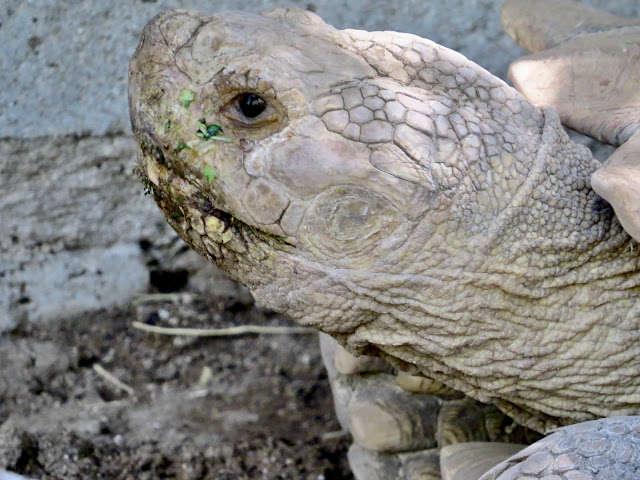 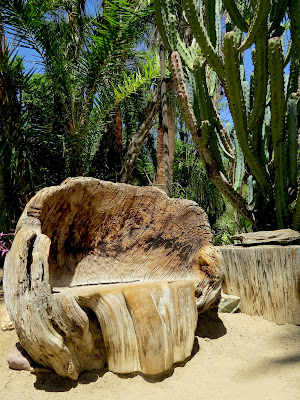 A large bench carved out of some sort of desert thing that died for your  bottom's comfort.

It is a worthy garden to visit,but not  the sort you might be compelled to relax in. Pondering the meaning of life in this garden might lead you to some  fatalistic philosophy.  Humans are too marshmallow soft for these clever -make- you- bleed  plants. 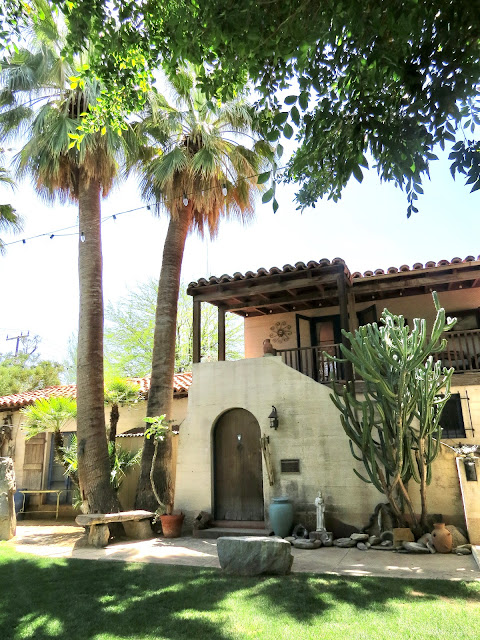 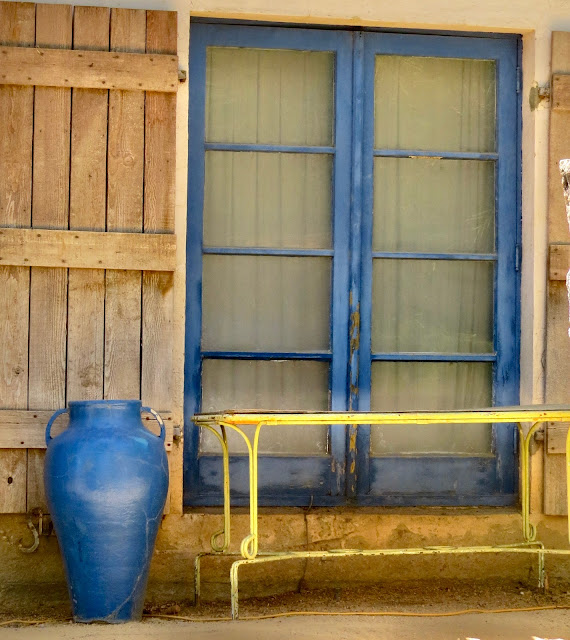 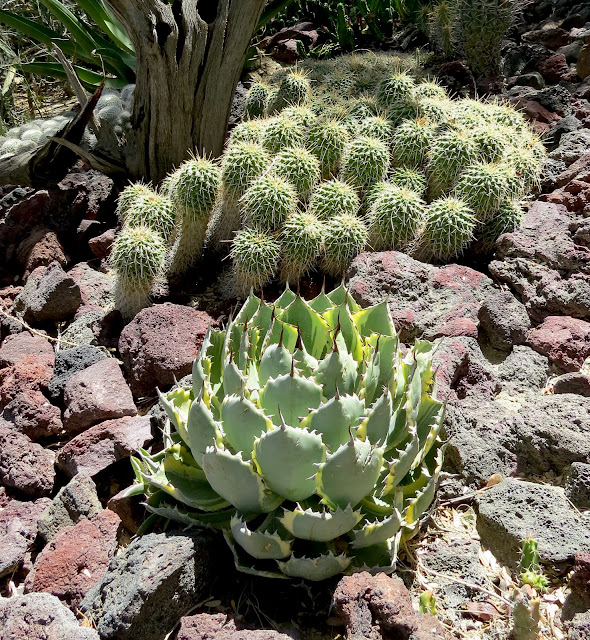 There was so much  - my camera  clicked madly - this post  is just a small bit of what it clicked. A far more unusual botanical garden  than what we have in the north. I don't think elves and fairies would like this garden much, unless they were made of  orneriness and venom .  We leave it to the turtle, the hare and the strange looking dove. They manage just fine. Though , as I said, Turtle is over it. 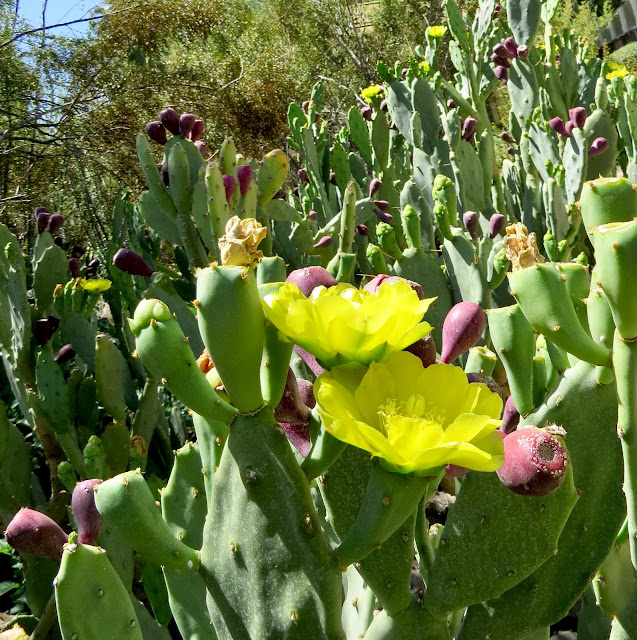