Lilies of the Valley deck my garden walk

Oh don't you wish that you could hear them ring

That will only happen when the fairies sing. 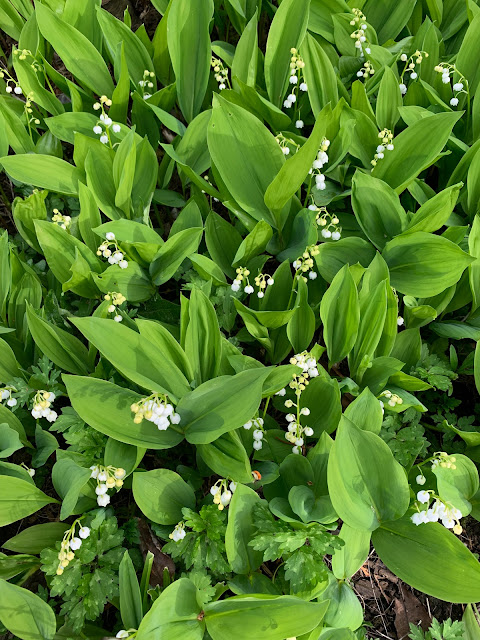 White coral bells upon a slend that you could hear them ring?That will happen only when the fairies sing. 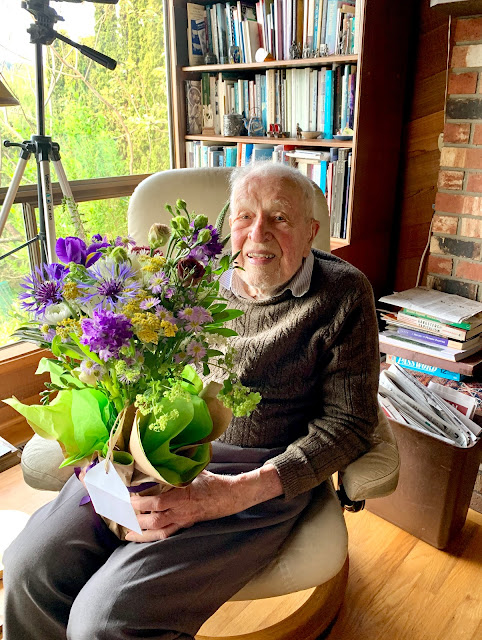 Peder had a 95th Birthday today, His garden is beautiful and the lilies of the valley do indeed deck his  garden walk. One of his daughters is here from The Hague for about two months , to help with tasks and to walk with him around the neighborhood. She made this cake, Mango, raspberry , vanilla cake with butter cream icing. 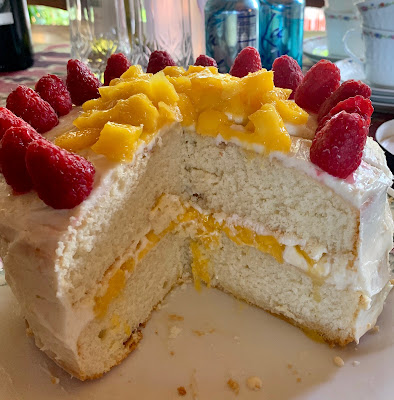 Piled with vanilla bean ice cream, pistachio, and mango sorbet. One of the best cakes I have  ever devoured - and that includes my mother's , who was a champion cake maker.  I quit making cakes a few years ago because Dennis can not eat cake and the kids have flown the coop, I was  decent cake maker- learned how in 4-H when I was in third grade.  There was a contest , I came in second behind a girl named Rebecca, whose mother made her cake - they were just after the prize- I was after making the perfect cake myself just to hear my Dad and brother groan about how delicious it was. CAKE POWER!! I had it! leverage for "negotiating". 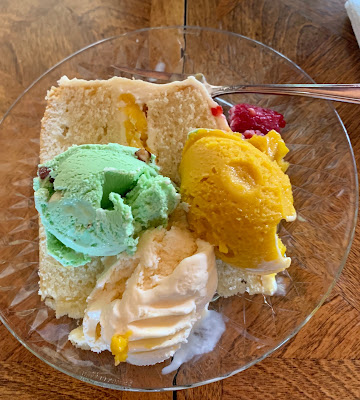 Peder's wife , Mary, paints , She just picked up a brush one day - started with water colors, moved on to oils, went back to water colors because oils take too bloody long to dry up here in the octopuses garden. Every wall in the back of the house is covered top to bottom with her paintings, all of them are cheerful. This is her splash area. 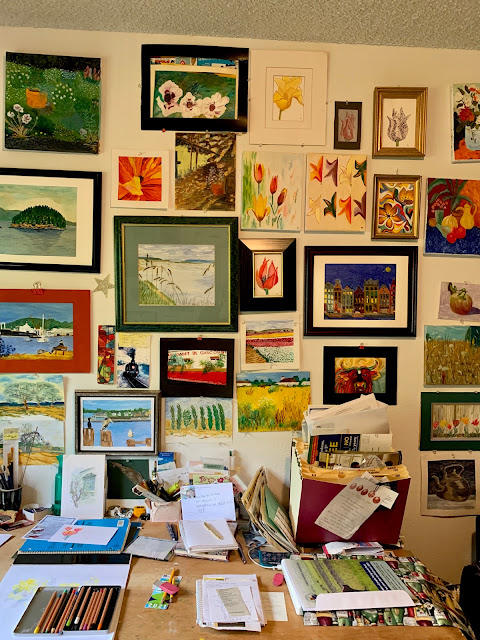 Peder is Dutch, he was part of the dutch resistance during the war, did time in a "camp", and has fascinating stories, speaks several languages and, when he was working, he was sent all over the world on KLM first class, He has so many of these KLM houses that some are not even on display. What a fine collection- and what a jealous neighbor he has. 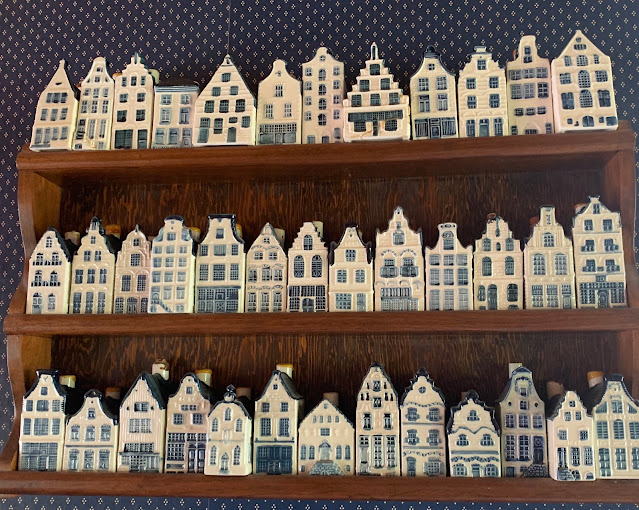 So that was Wednesday, Dennis MRI was just fine. He is scheduled for ablation in August sometime. That is a long time to wait! 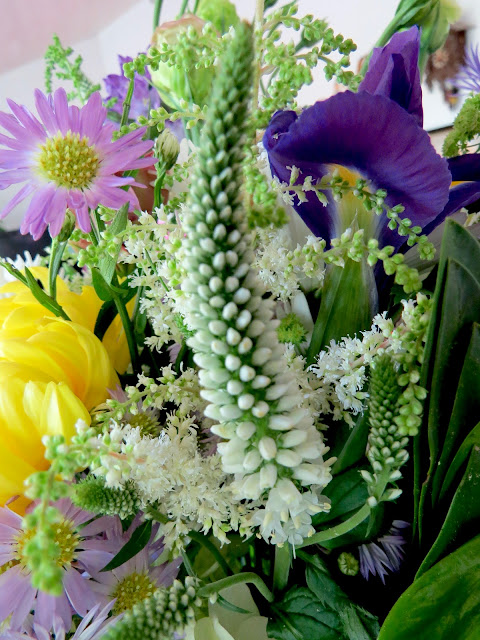