bonk in the front yard, stroked out crazy 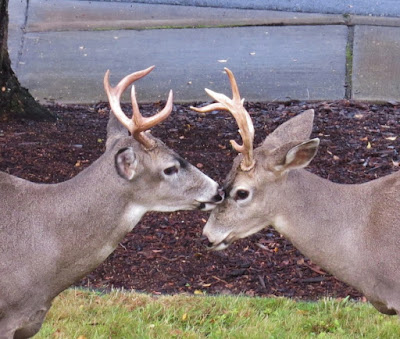 In the front yard in the morning, The youngsters playing bonk your brother,
Two of the three  have broken legs that have healed wonky. 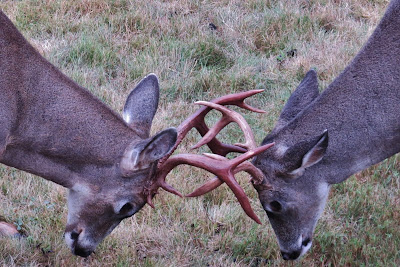 This little fight was not a serious one like the one last year when a doe was involved.
After one succumbed to the other the doe had mosied on. 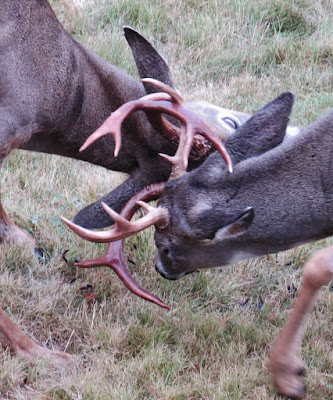 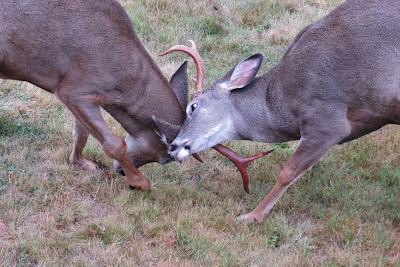 this one's leg is sideways, but he is the boss. 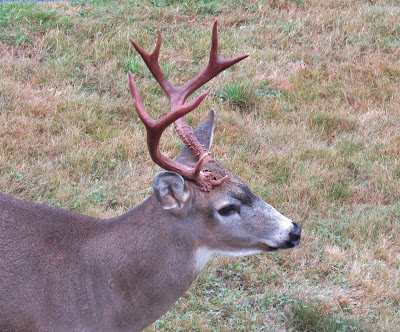 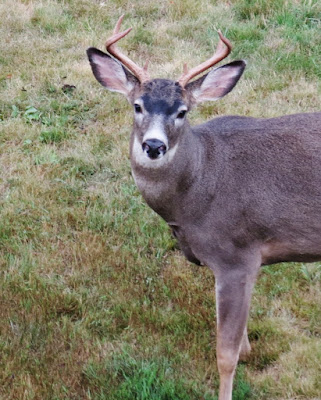 I have just returned from hospital, It takes so much energy from five people for one person who has had a minor stroke . It was in her frontal lobe and has compromised all reason, memory, and cognition.
Objects like coins are mysterious, everyday things...Going to a health care rehab tomorrow where, of course ,I hope she returns to a bit of normal.
Dang- stroke is no way to have a good time!
at September 14, 2019 6 comments: 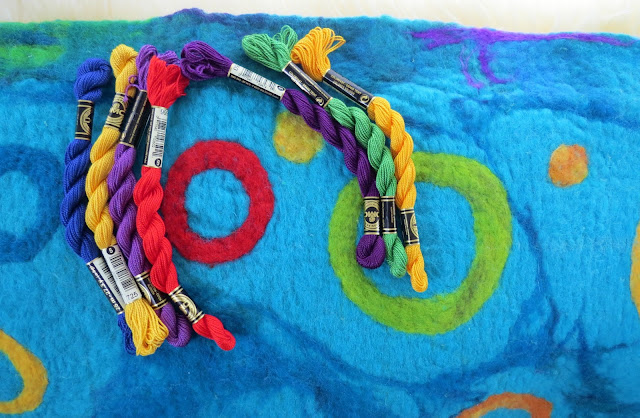 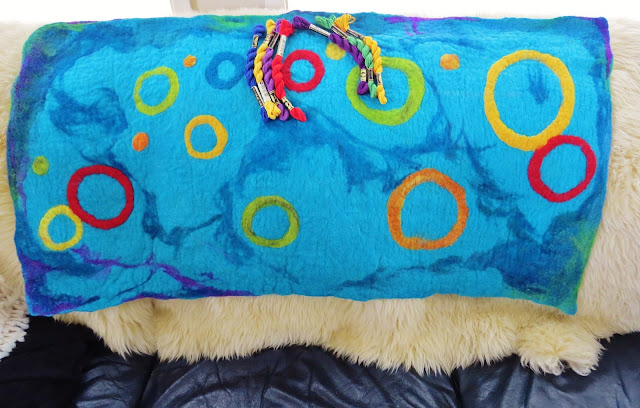 Ok, this thing again, it would like to be improved upon and so I am thinking  Boro stitching around the outer edge maybe two inches deep. Maybe some Boro stitching on outside of circles.
Color is the dilemma, maybe all of the colors , Rather liking gamboge and purple..I don't know. Stitching will lengthen  the life of this - thing. Make it more useful .
Being useful and isn't that the deal?

I spoke with my friend  night before last on the phone, She sounded far away, vague, said to come and pick up stuff, I said that I would in the morning...

I called her in the morning, no answer, not unusual, new phone that has mysterious qualities, I drove to her house, her car in front, rang the door bell , knocked, rang again, knocked, looked through the mail slot , hollered, walked around and tried every door, locked up like an Armory.
Came home to call mutual friend to see if they were together, NOPE,
Drove to another friend's house who looks in on her now and then and is the only person with a key...nobody home.
Went back to my friend's house, rang and knocked some more, shouted at the cat "Where's your Mama?"
Nothing...
Went to the neighbor's house , asked if they had seen anything peculiar like an ambulance in the night.
Nope.
He became concerned as well, and climbed in through a window over the steep stairs to the basement, YIKES, Went through the house and happily found no one, she was not at the bottom of the stairs, she was not lying dead in bed, nor was she unconscious in the bathtub.. those thoughts  occurred to me.

Finally , in the evening, I phoned the key guy and he said that she was indeed in hospital having suffered a heart flutter and minor stroke, he thought.
When she is released I will make her promise to make a key for me, She is 92. As independent, private, and stubborn as she is ,she might be glad of folks checking in now and then especially when the phone is not answered and the door remains still and locked. Bottom of the stairs, dead in bed, unconscious in the tub ,left for days would not be pleasant undiscovered. Or discovered  if we want to get picky...but you know what I mean.
Doctors are not her jam, She has not been to a proper doctor for about 30 years, if she had seen  one she would have realized that  atrial fib gone unchecked causes clots and sends them to brain and brain says , TILT-" I am going to KILL you now".
A lesson for me I suppose, I have not been to a proper doctor for many many years, blood work, pooper check, boobie squish, all of that  annoyance. Sort of doubt that this episode will actually motivate me - think I will wait a few more years , until I am 92 maybe...


and now that I look at the photos of thing, I am leaning toward gamboge and green. What do you reckon?