a felted thing, and a funeral for a finger 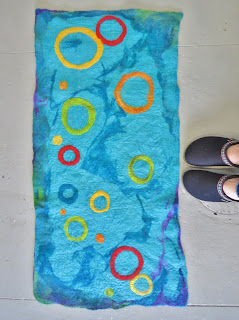 I am always surprised at how much wool this takes, I used every ounce of blue!

The studio is still a great place to go and gather my wits, though lately the toilet up there has been smelling lethal!
Like something died in the pipes somewhere on it's way out.

We are being GASSED! 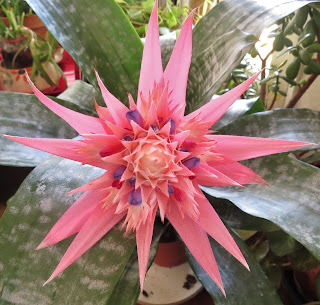 The flower on the father's day Bromelaid  changes daily and becomes even more outrageous. The tiny blossoms of dark pink and purple inside the flower get plumper and more noticeable, the flower expands! Alien!! 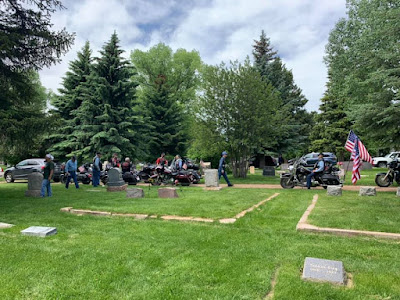 While in Laramie , my friend, said that she could not hang out on Saturday because she had a funeral to tend to. 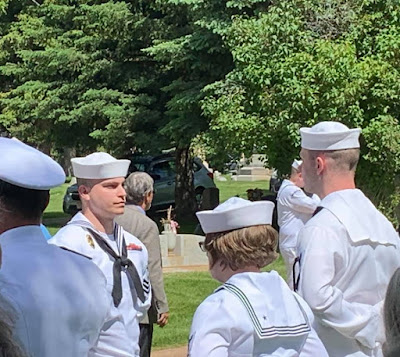 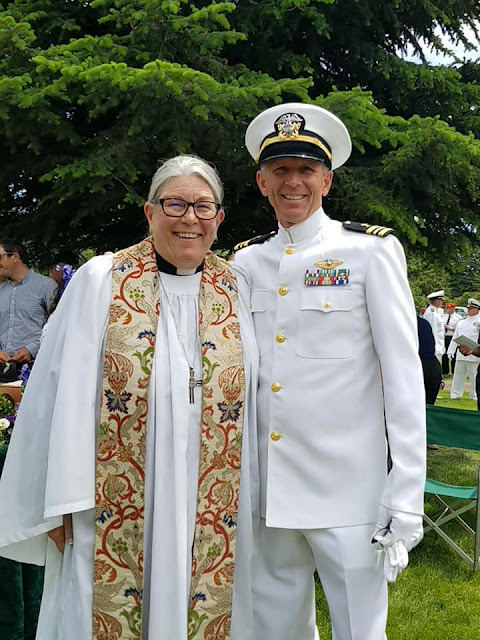 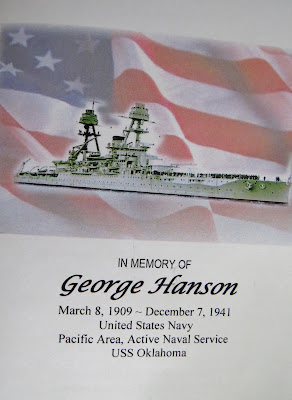 A funeral for a finger bone and a few other bits of a young man who died in the USS Oklahoma. Through the miracle of DNA, it was determined that he was George Hanson and had a hand full of relatives left in Laramie.

Veterans on Harleys showed up in full force to pay respect, wave the flag , and share the feels for one of their own.

It was a most moving ceremony actually.
And though I am never too comfortable around military, this was exceptional.

Anyway, there was a lot of fuss over the small box of George, the Navy Chaplain filled in the blanks telling the story of the day- December 7, 1941.
I am glad we went, though My friend played it down - she was magnificent.

Marilyn was my neighbor  growing up , We had an open door policy between our houses, her mom was my mom , my mom was hers. 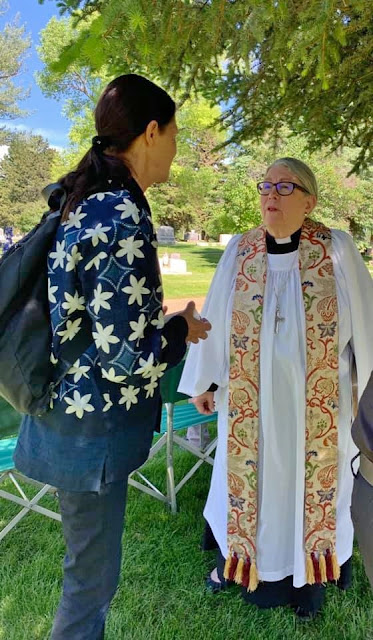 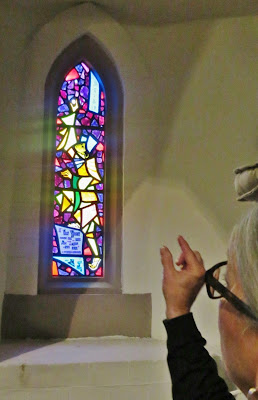 She was the best student, the best citizen, the best at everything really. After graduation from University she decided to go into seminary to become a priest.

Interesting career choice- She was the boss of the Episcopal church in Laramie for years and only recently retired.

Here she shows me the window dedicated to the Chinese workers in Wyoming who were treated terribly. IT is a liberal church in a liberal town, a safety zone!


I had not seen Marilyn for at least fifty years, we connected right away - she feels like family and I guess she really is, since we shared our moms.

Interesting to see how everyone chose paths that led them though this life. All interesting and for the most part , good! I am cool with her conviction to Christ- she is not obnoxious- she does it right! And she is cool with my atheism. It's all just as it should be. 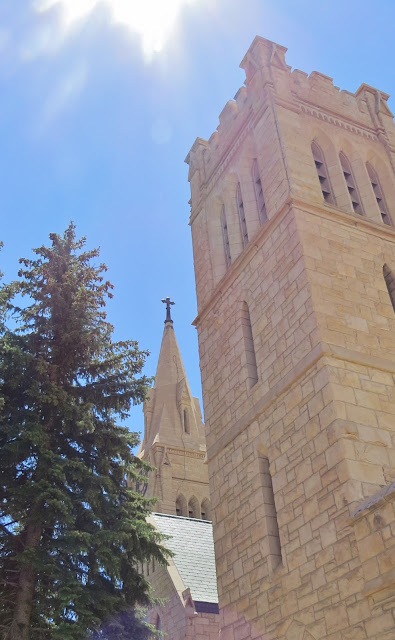