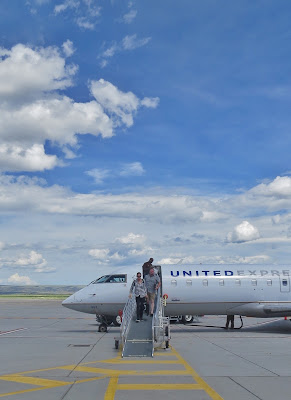 Virginia and I had not seen  one another for fifty years. A lifetime for some! A very long time for anyone.
Changed, of course, as we do, but the glue that held us together for such a long time still holds.
Time and space has nothing on this sort of connection.
She is as lovely as the Wyoming sky is wide.
We live such remarkably opposite lives- She a New Yorker, monied, incredibly slender and tall and elegant.
Well connected in her world of fashion, music, artists, intellectuals, and did I mention money- yes, that!

I am utterly and pathetically opposite, yet we still have a bond.
Pretty remarkable, and I would say, generous !

I collected her from the tiny airport . 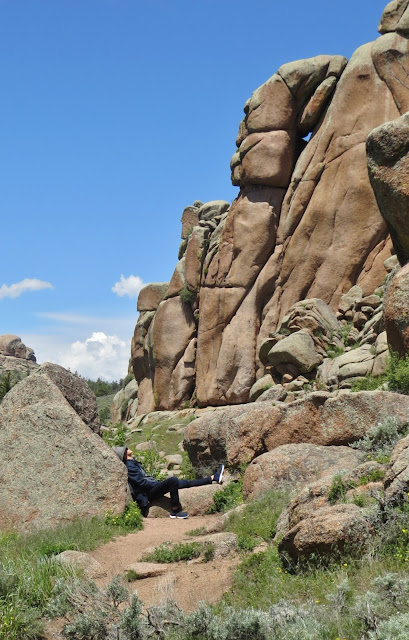 We spent one day hiking around Vedauwoo , Neither of us acclimated to the elevation, we had to stop and catch our breath many times. A first for both of us to suffer altitude sickness and no matter what they say , all of the drinking of water, rest, will not help, it just takes time. Virginia is a Master Swimmer, still suffered from altitude.
I drank a bathtub full of water, probably- still felt light headed, achy, dizzy, unable to breathe. 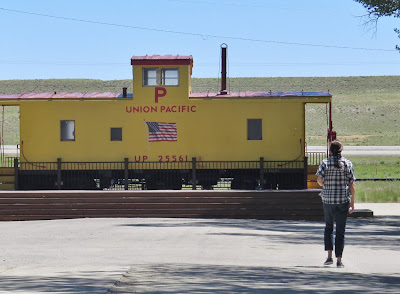 Just about every one's Dads worked for the Union Pacific "Rayroad".
Our Dads , more specifically worked on the caboose, Conductors.

Virginia had not driven a car for fifty years- When Erik was eight years old I took him on this very same dirt road to let him drive- Virginia took the wheel- went 10 MPH for less than one mile . Her confidence restored.
Though I did all of the driving- we covered a lot of territory! No traffic in WYO, easy to lead foot it. 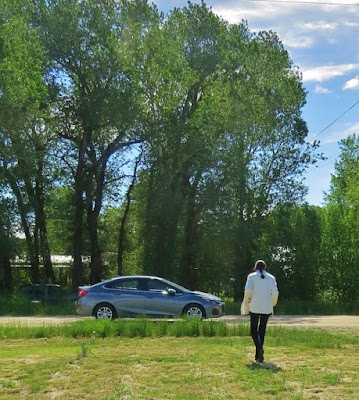 The stand has thinned, and there is threat of road developers taking it out entirely.
Walking and talking- old friends.
Bill and Virginia- her first LOVE. We stayed overnight in Bill's hand built , Log house, huge by log cabin standards and about the prettiest place I have ever stayed. Babbling stream out back and an adorable dog wandering about being cool, sussing .
Introduction to the house ,renewal of friendship...We drum-  rhythm becomes  trance inducing high. We meld as old friends do, comfortable , easy, in love.
*sigh* relax. 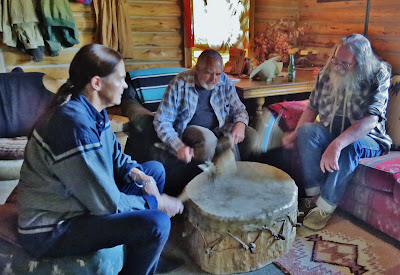 From there we drove to our little hometown 130 miles away which only took an hour and ten minutes because - lead foot/no traffic...
It is a sad wasted little town, sucks the life right out of you - we did feel it.  We only stayed there long enough to look at our old haunts, have lunch at the best Mexican cafe in the USA, and go to the cemetery.
We also went to the museum thinking that they may appreciate a painting that Virginia had done of Front street back in the day, When all of the bars and "cat" houses were in full swing,( most of it torn down now) She was sixteen - went down one Sunday morning to paint it. Some one called her Dad and he collected her scolding her all the way home for putting herself in danger.
Anyway, the lame-assed museum person did not even know about front street,it's notoriety, it's wealth of stories, it's cowboy shoot 'em up nights, the gals with flare, had never hear of
Gerry Spence , a legend around our little town for defending a murderer who murdered our friend's older sister, right there in the court house in front of her mother and her little children. He used Virginia's painting as an illustration in one of his books,  FAMOUS, right?  He even sent Virginia 500.00 smackers to use it. (years ago when $500.00 was a substantial amount)
The museum person said " Ok, We'll take it off your hands if you don't want it, I am sure we could put it someplace"
Um....no, no thank you, we'll be keeping it... 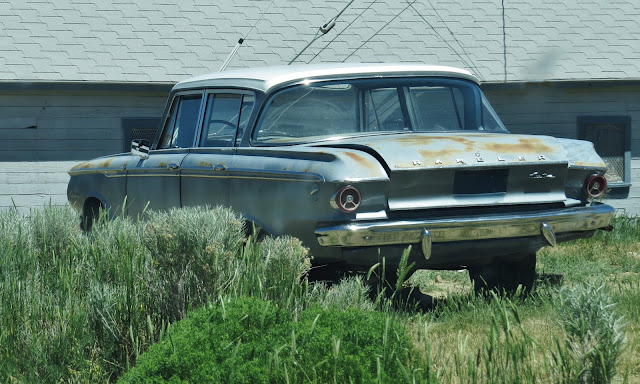 Glad we went but, really, could not get out of that little town fast enough-
we had sense enough to escape when we still had enough life left in us- again! 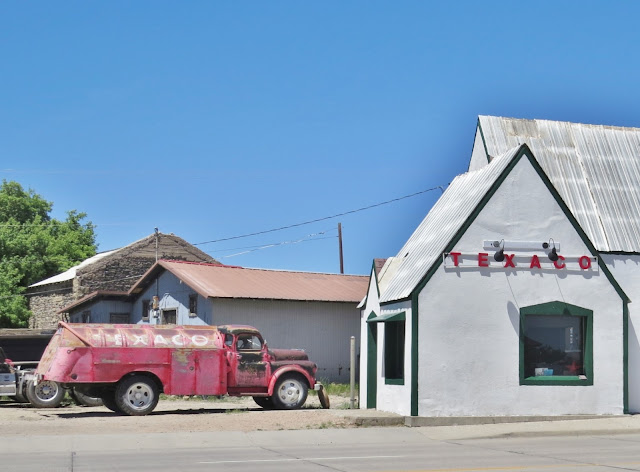 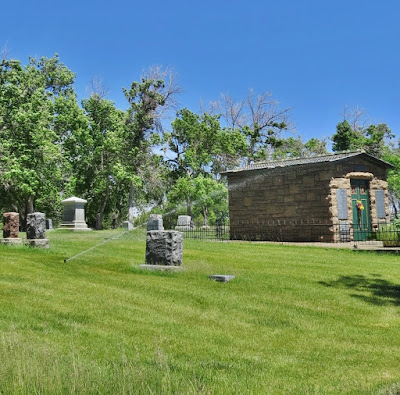 Across from the mini mausoleum in my hometown cemetery , there is a stump, a hollow stump. 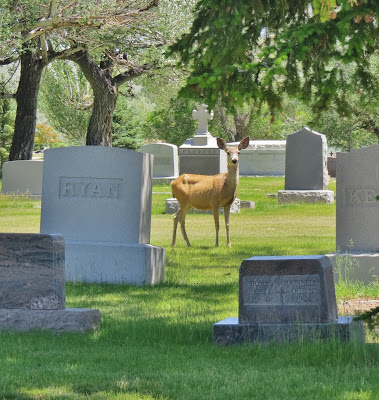 And this is where I put my Mom's ashes. Her friends are all there, in that little cemetery, the prettiest little parcel of land in the town. Curious to walk around and see everyone, I told them all that they were loved and that they had been such good neighbors/friends, and to welcome my Mom to their haunting shenanigans.
The top of the stump is flat enough to make a good surface for bridge playing, I should have left some cards but- 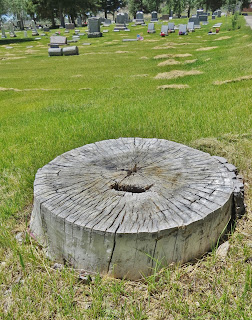 I had intended to put her up here, either in Lake Marie or at our old campsite.
The roads were still snowed in, the lakes frozen. 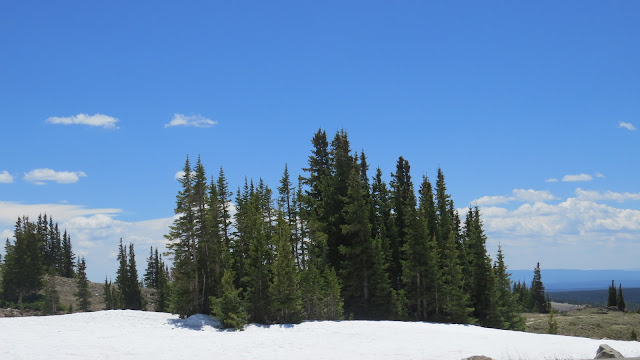 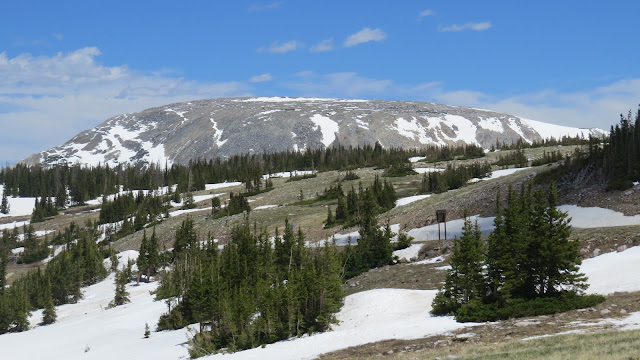 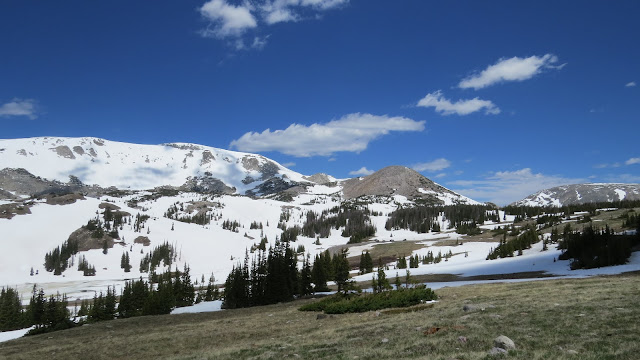 There was a moose on the loose, running away from my camera. Usually they are so bold they try to kill you, I am thinking that this might have been a young one, not yet knowing that he is the boss of the woods. So , that is Mom partially taken care of, there are still more ashes in the ginger jar wanting to go on another trip sometime.
Flying in to Denver and Laramie was touch and go...A storm the size of Florida hovering over Colorado and southern Wyoming made for some interesting travel. Chaos, rock and roll ride, somewhat terrifying. Next time I go I will choose another way, oh no, wait, there is no other way unless it is driving...ridiculous- it is easier to get to Europe, and quicker/less expensive. Another failure of this country- travel!! 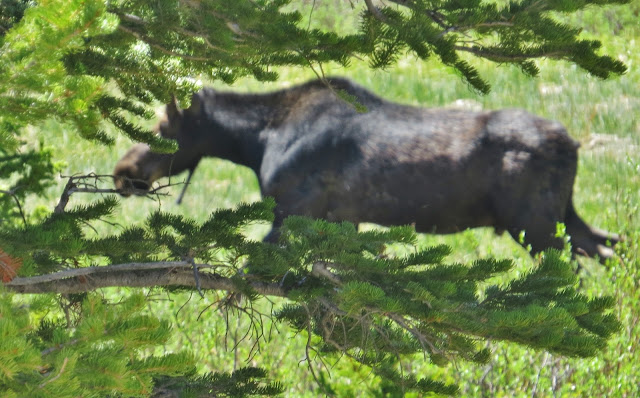