Mr. Pants The squirrel, and Plumber Pants comes to the bay 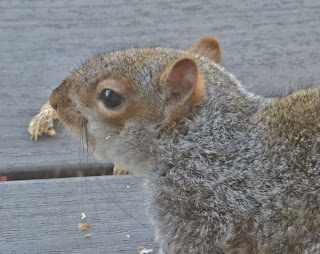 Little stumbler poisoned squirrel, Mr. Pants, has returned after the snow, He still hangs upside down to eat - comfortable enough now, to lay on his bad side, up against the door , eating his breakfast.
He is getting better. 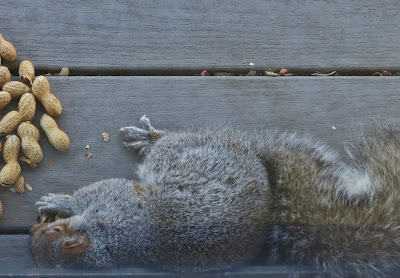 After hunting and gathering at the store, buying squirrel food,I dropped by the park- SUNSHINE, still cold, freezing, but the illusion of sun's warmth brought out all the folk!

Parked close, lazy, summer will be a different story as parking goes, good that the park is within walking distance- I am just so lazy! Truly lacking Pizazz these days- like I could die and would not  muster enough interest to care. Is that depression? 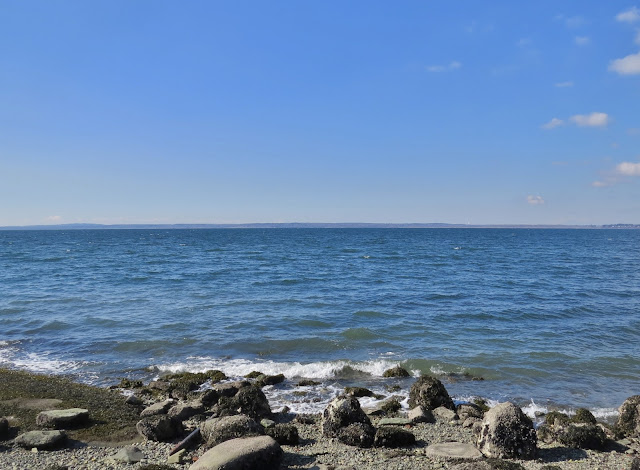 I can see my studio across the water!
Why do I still have a studio, I wonder...at this point, I am not sure, like I said, I can not muster... 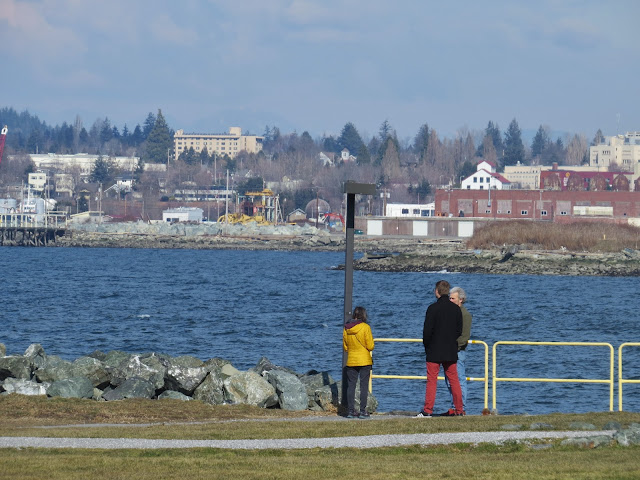 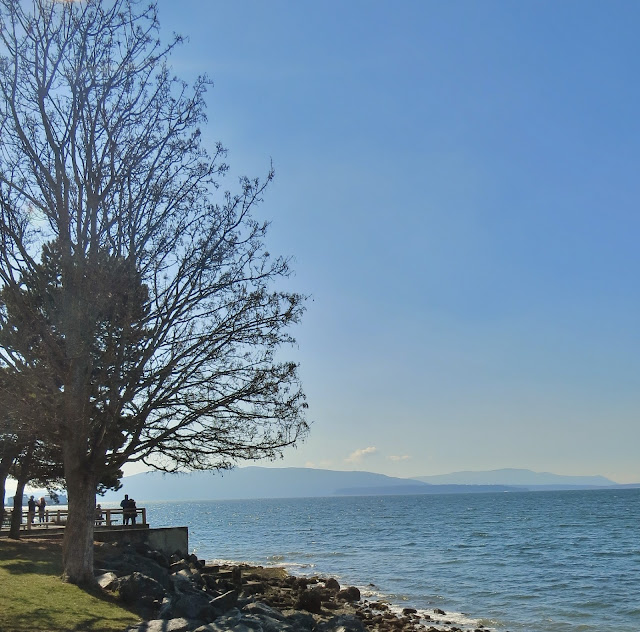 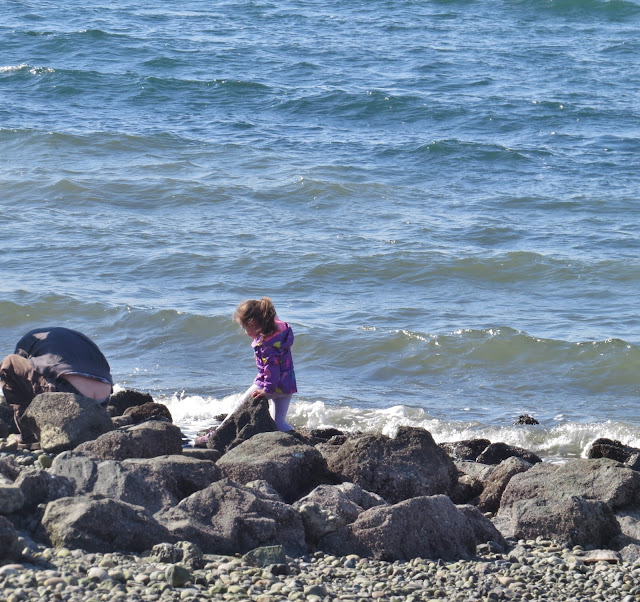 I did not realize that taking a photo of this little girl  and the boulder in front of her was in actuality her Dad in plumber pants. Funny how photos reveal surprises once home - loaded on computer-embiggened .
Because my eye sight is so compromised, I take photos of things, numbers, letters,  small thingy things, load them and look to see what I was not seeing. All sorts of things are made clear that I did not expect.

I went to the eye guy the other day armed with an article from Oxford and BBC. A woman underwent experimental stem cell treatment there -A first, and the experiment resulted in  crazy mad success!
I showed him, and asked if he already knew of this, He looked at me like I had lost my tiny mind and said "Of course not! It can not be done" I said " well, looks like it has, maybe you could  see if this available here ". He scoffed and said that the FDA would have to give it the OK and that would not likely happen for thousands of years (of course), I said that maybe I ought to take another trip to London...he said, "well, you could, but they will make your condition worse and you will be blinded".

Arrogant much?
Doctors lacking curiosity...
Republican much?
at March 09, 2019 8 comments:

Does this post make me look sexist? & my fave, Empty space. 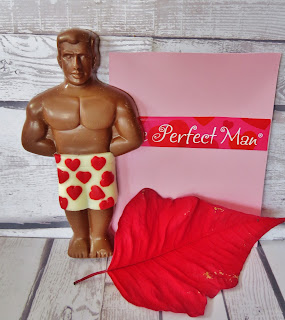 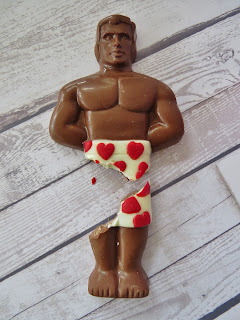 Stella gave me a chocolate guy, "eat my shorts" and so I did, and then his feet , and then his right arm, now I feel ...sick...I am sorry Perfect Man.

I found a children's reader in a pile of things.
It is a story about a mother who had to take a nap and leave Dad in charge. 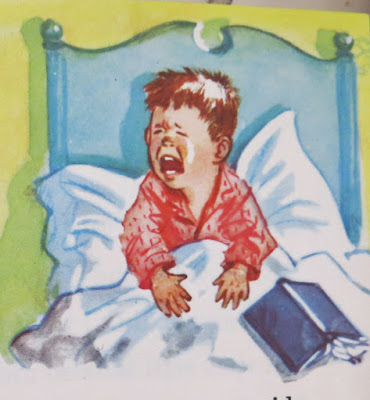 Everything he tries to do that the Mother usually does becomes a disaster,  he makes the children cry, the goat hates him- 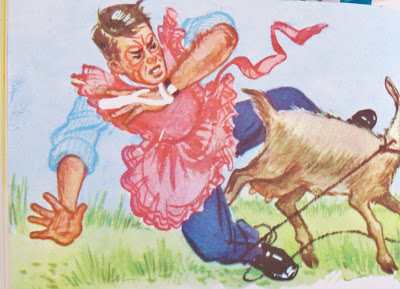 his oatmeal is like soup, he burns the toast, he tries to rescue the goldfish, as the boys have taken them to bed with them... 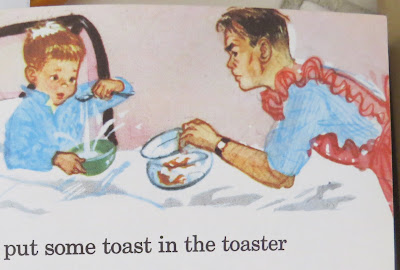 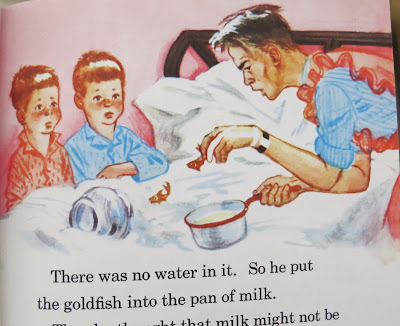 He really is clueless. 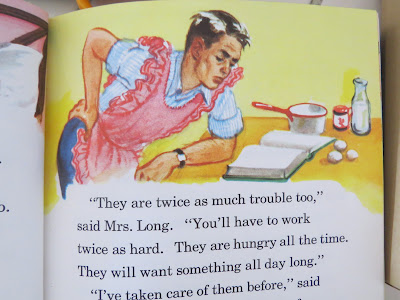 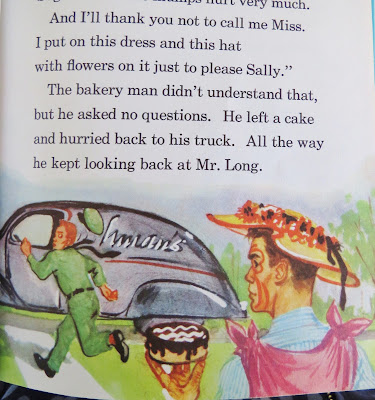 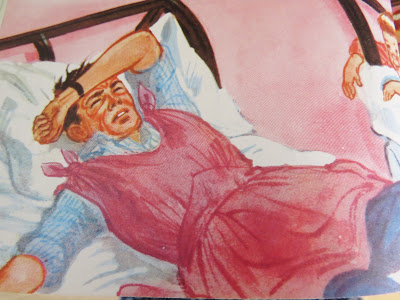 In the end, he passes out with a terrible head ache. The mother takes care of him...In the books from this era , Dads are generally portrayed as comical and rudderless in the home, Remembering Ozzie and Harriet , popcorn night by the radio, and we laughed and laughed at Ozzie's dim bulb attempts at being a Dad.

Finally , the floor was installed  last week, after months and months. The wood floor removed and this indestructible  manufactured tile put in.
We shall see, won't we...After the fifth flood I am not investing any hope in this so called indestructible flooring. 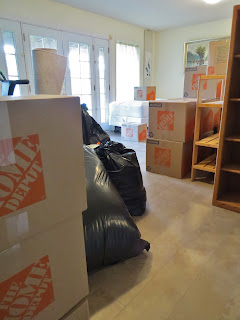 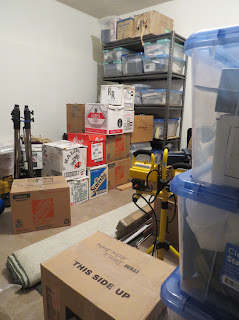 The pod in the drive emptied, everything stacked in the rooms waiting to be sorted and put away.

Just what I want to do, sort junk... my favorite...
BUT I did find that sexist little book, didn't I, so there is that! Who knows what may surface?

I went to the studio to stare at the wall for a while.

Still lacking inspiration to create anything more in the cluttered world. My creativity has flat lined. 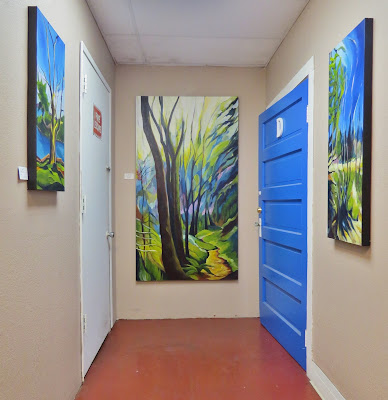 ---- thought I would leave you with this bigger photo of empty space...I like it,
I  like a room of nothing. My brain needs this empty space. Restful. 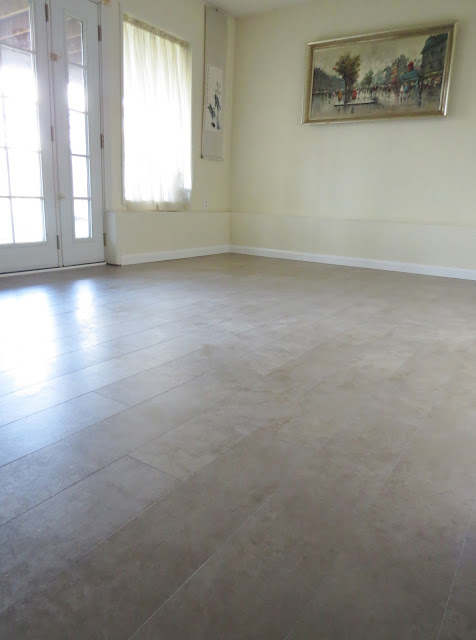