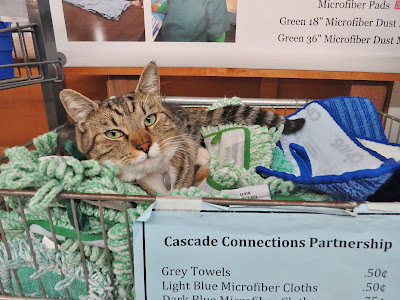 Finally got out and about, We are using one car for a while, Mr. Man's is in the  car hospital again, It is a GMC Hybrid van, has been in the fix it hospital more often than not . But he loves it, It is his, no body else has ever driven it- it fits him like underwear.
I went to the re-store, a store that used to be great with all sorts of recycled hardware and doors and windows with character for sale cheap. It has slid in quality and purpose as of late. The store cat is still there, Friendly and meowy.
Old signs that are cool but not for sale, in fact all of the cool stuff is not for sale anymore, just plastic doors and crap from china. 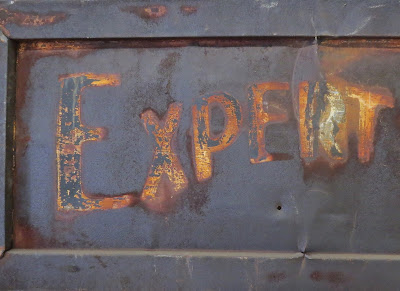 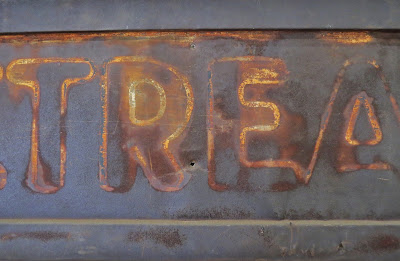 I stuck a tiny leaf and stem in dirt a few of years ago that I had clipped from a friend's plant. It took about five minutes to adapt and look at it now!
The elongated leaves of the Schefflera plant liken its shape to that of an umbrella. Thus its nickname, the Umbrella Tree, makes a lot of visual sense. Originating in Taiwan and South China, the Schefflera plant can grow to be approximately 13 feet tall but averages only 1 to 6 feet in height. Popular Schefflera plant species include Schefflera amate and Schefflera arboricola. Schefflera arboricola has larger leaves than other species and is native to Australia.
Perhaps the most fascinating thing about this plant is the fact that it acts as a natural air freshener and detoxifier. The leaves expectedly release oxygen, but they also absorb pollutants from the air.
The combination of its attractive leaves and detoxifying powers makes the Schefflera plant a very popular indoor plant. 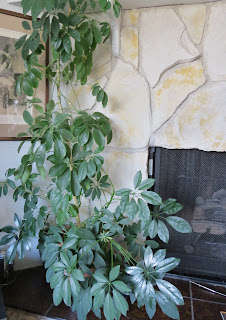 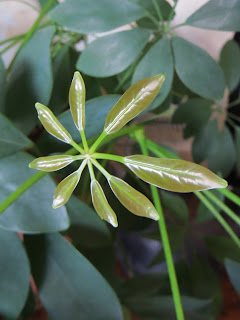 Same with the Benjamin fig, it was a mess when I adopted it, I have cut it back twice already, It tends to get tall and not bushy but seems to like it just fine where it is now, good thing, because I can not pack it around the house anymore. 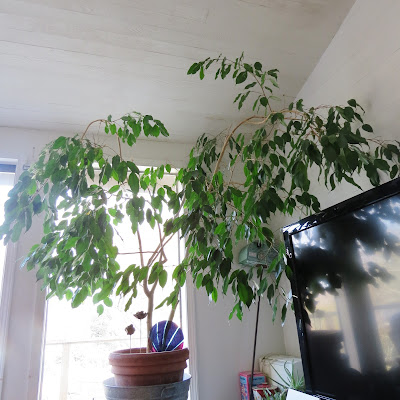 Cubby went back home, the snow is melting, the days are longer, all is right with the world ( it isn't really  but , you know) I ate a loaf of bread and blew up like a pumpkin, Stella found my Great Grandmother using her dead people detective  skills. The mystery is no longer a mystery - my great great grandmother was also found - name was Mary Frances or FANNY! Love it! Like naming your boy child Dick.
There have been a lot of orphans in my family's past. They carried on ,as we do ,but living was all up hill  , a survival sort of difficult, not the sort of difficult we have...which is  "how will we get by driving just one car for a few weeks?"  I have no idea what "difficulty" really is. 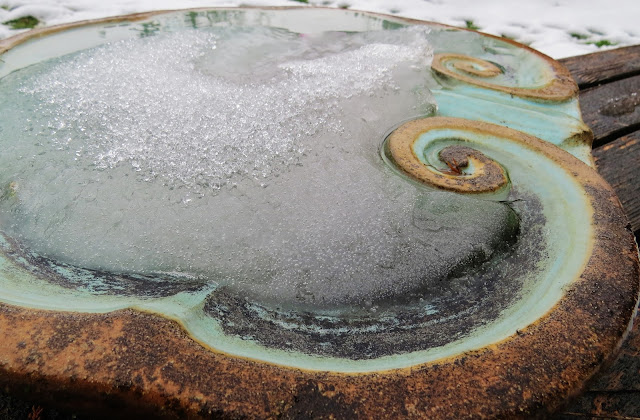 Cubby for a week, fire at the pet store 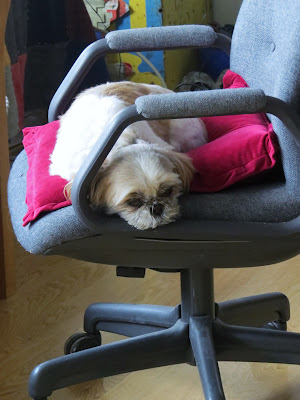 I have Cubby for a week while his humans frolic in the sunshine of California. He is such a mellow little thing, smaller than a cat, easy to tote. Not sure what the breeders were up to with this sort of dog...so far from REAL dog...His nose is nonexistent. His digestive system is fragile, always a problem, His eyes are large and buggy requiring drops twice a day,  he is SO tiny but big enough to own the office chair and the entire double bed where I sleep with him. He can not go to the groomer because of allergies and sensitivities, his humans  scissor his hair frequently and choppily. He wears it well. 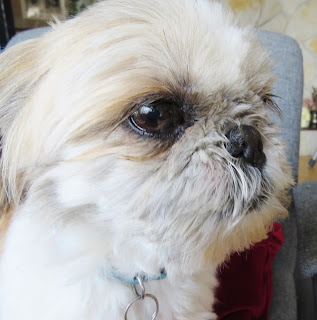 Nonetheless, he is able to manage Majesty, and dignity. He is smart and sometimes comes when called. He is able to pick up "vibes" keenly. He woke me up at 5 this morning , agitated. I took him out , he skirted the yard ,paused, stared for a long time at nothing.
We came in, I plugged in to the computer of course because I am addicted, even at 5:00 AM, and saw  what may have alerted Cubby. He is an incredibly sensitive little being. 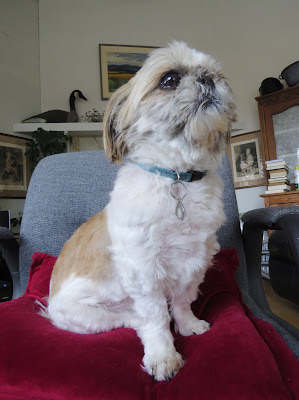 Our favorite Feed and Seed / Pet store that has been downtown since 1901, burned to the ground! Fire started on the top floor- not sure what was up there . 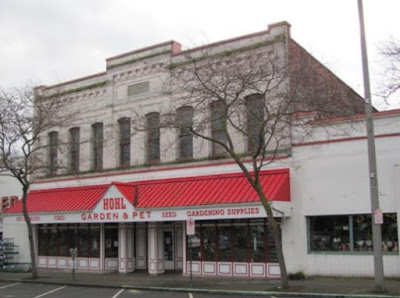 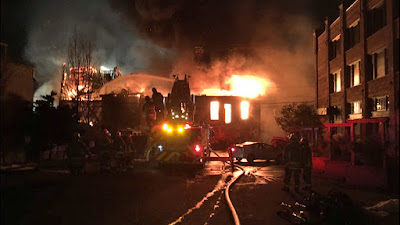 They had tropical fish, birds, rabbits, mice and rats, some guinea pigs and a few tortoises. Sometimes a batch of barn kittens that had been found along side the road circumventing the kill shelter...It is where we got our best cat!
Anyway, This is the saddest in an already sad winter.
This place was one of the only reasons we ever went downtown.
Guess we can save our parking quarters now.
I think that Cubby liked this store, Dexter did,It is/was dog friendly and had the best animal food /animal advice available. Sad.
This morning from the back alley. 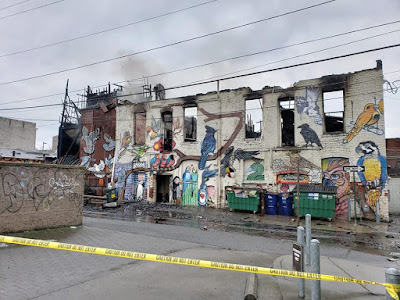 Ok...but...Leaving you with the best of happiness- This is our Halina waking from surgery with her new heart!
Look at those rosy cheeks!!
Success. 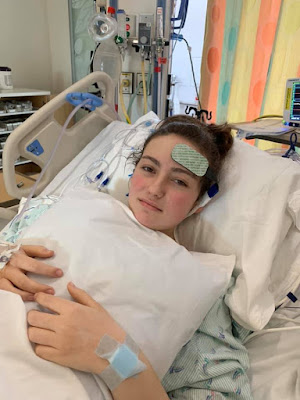