Tiny things, Cubby the dog, ocean in the studio 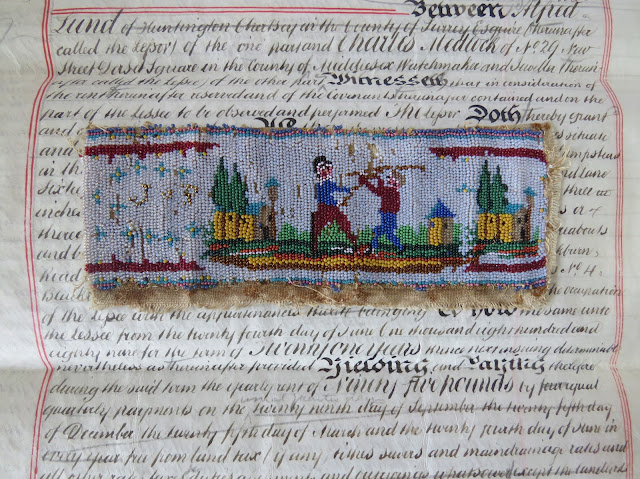 Tiny, tiny bead work from 1850-ish on an 1820 document, purchased  while in London with Sarah. As you can see the beads are impossibly small, and the penmanship impossibly  beautiful.
Poor lighting must have been a thing back then, amazing that this work could be done at all, but then humans can be amazing, that is easy to forget these days. 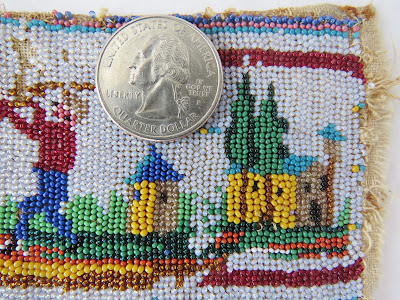 I went to the studio one day...started a thing, not sure what but I just felt like I need a blast of  Ocean on a sunny day, the color of the wool  sort of fulfills that need.

I keep the curtains draw so that I do not have to look out on the granary. The building looks like a hunk of plastic now that it has been shored up and renovated- The old mill works demolished and paved over.
Just not feelin' it.
I would love to have a studio in the house, or live in a warehouse that is all studio with a bath, a toilet and a doable kitchen- that would be ideal.
Spread out, make art, one thing after the next  or simultaneously ,in my ADHD manner. 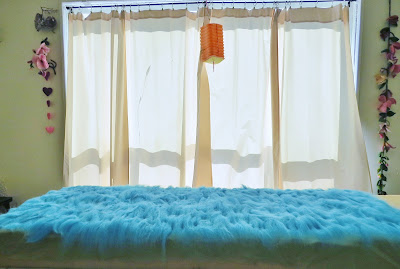 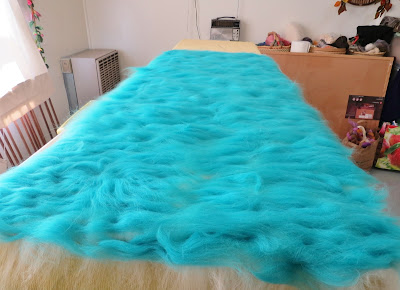 I will not be back to the studio for at least another week and a half, I am taking care of Cubby the wonder pup.
He is a good sport but there are other dogs at the studio that are larger and more rambunctious and would overwhelm this little rabbit of a dog. 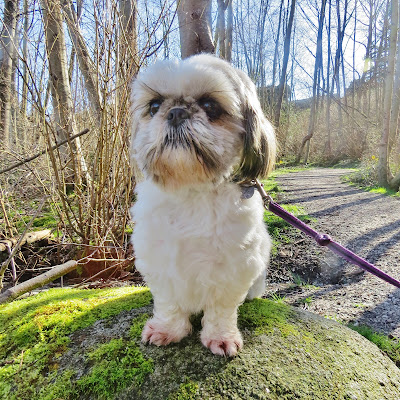 He , too, is tiny, Six years old and never grew beyond this rabbit size. 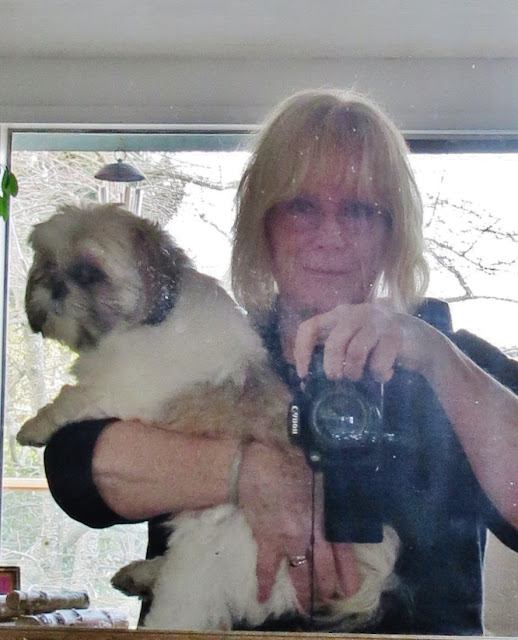 Article in the NEW YORKER a while back, "The Day The Dinosaurs Died", A most surreal cataclysmic description with geologic evidence,  of what happens when a meteor hits home, so exciting , heart palpitations through the entire article- I nearly lit on fire.
It surfaced again on facebook from our Ms. Mary Moon. I read it again and likely will read it several more times, it is that great!
If you can not get your hands on that issue, which ever one it was (?) Google it , sit for a while, and read the rather lengthy article, so worthy.
I am off to take Cubby out in the rain which will not be a walk and  lasts about as long as it takes for him to do his business. then to the market to get fresh organic chicken livers for his lunch.  Ewww, I know, I craved chicken livers when I was pregnant...now gag when I cook them for the dog.
Cubby loves them, he is not even pregnant, go figure.