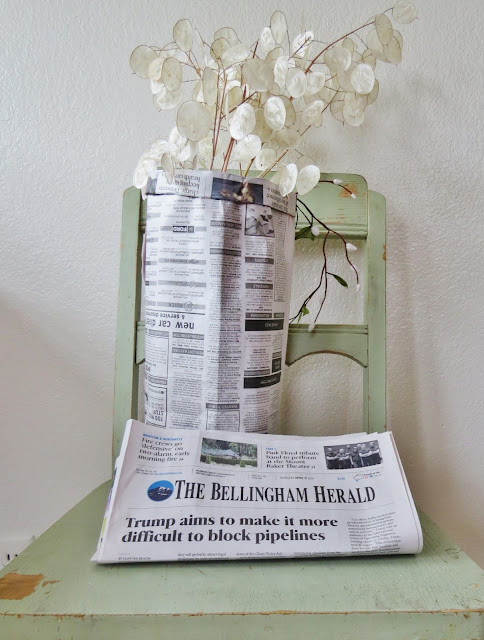 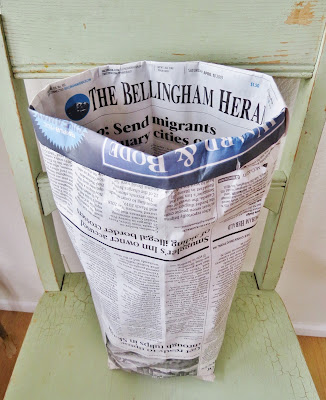 We still get the so called local paper, only because it is ritual for Mr. Man, Starting his day off with a shower, paper , coffee and eggs, It is how it has been done for centuries, even though our "local" paper is not even remotely local,nor is it "news", except for the obituaries -which are in the SPORTS section.

The paper came in handy when my bird could use them. Now I have found another use.

Rubbish bin for a rubbish paper, rubbish news,
Of course the bag will not hold much but it is  biodegradable, Soy ink and all... 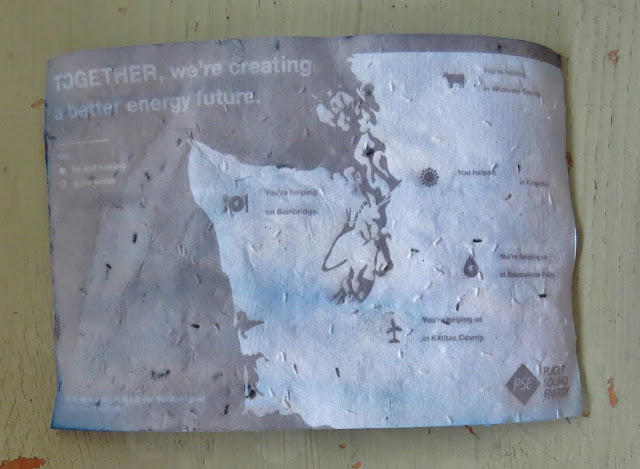 We received a thank you card in the post from Puget Sound Power, Our solar panels installed securely - Our mail box is down the street and when it rains, the box fills up with water, clever design. The card is to be planted, biodegradable with flower seeds in it for the bees.

Small steps.And , though, too late by far, at least a stab at cleaning up our shit.

We were on board long ago, When our hair was long and we smoked a fair amount of home grown, We all tried to out-mother Earth one another, back then, 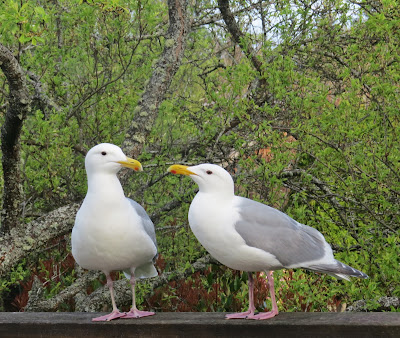 The gulls are here for keeps it seems, That is Carl and his wife. They are beautiful but , like Assange, are terrible guests!

Like Assange they poop everywhere, make a lot of noise and demands, and steal nuts from Pants.
This pair has moved up to the roof . They bang on the metal chimney thing which echos down through the fireplace, a bullhorn for Carl! He bangs on  the glass doors, Screams and clucks. I am smitten - such personality, damn me- I buckle every time...I chase him away with the broom, ever so gently. He knows that I am insincere.. 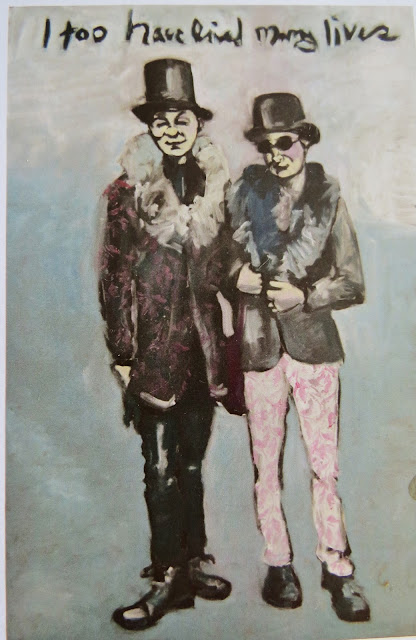 Above is a card I got from Artist friend, Cooper.
Could be , according to some thought, that I have once been a sea gull, or a broken squirrel, or a mangy urban deer...Empathy can be a bit much...and may bring rats to the yard,

I have also likely been a rat, I think that they are amazing animals- destructive but look who's talking, A HUMAN! The most destructive species on the planet!

Anyway, onward- I ate all of the bread and pies and carrot cake there was to eat during the winter, I am a round as a tick,( I have been that too,probably), so -and I am asking you to hold me to it- I am eating celery, boiled eggs, diet food until my clothes fit loosely again.  I hope that it happens tomorrow. Pretty sure one day of starving will erase all of the bread, pies, cake and sloth of a most depressing winter.
To be fair , I am  also fighting genetics...I come from large folks, survivors in evolutionary terms.
Photos of Grandfathers, grandmothers and parents are  not just portly, they are Large!
I could survive a famine, I reckon.