On to the next big deal holiday! 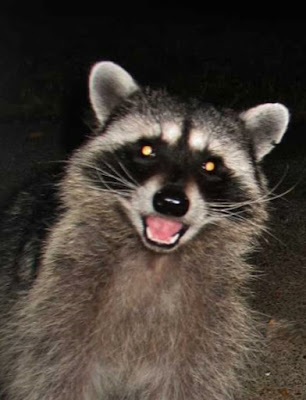 I awoke at five in the morning, to a raccoon eating  the squirrels nuts, Like a ninja- At one point we had 28 raccoon that would come into our yard, but the fighting became too intense so we shooed them away, This is the first one to venture so close since.

Up so early, getting the little things completed before Thanksgiving dinner. 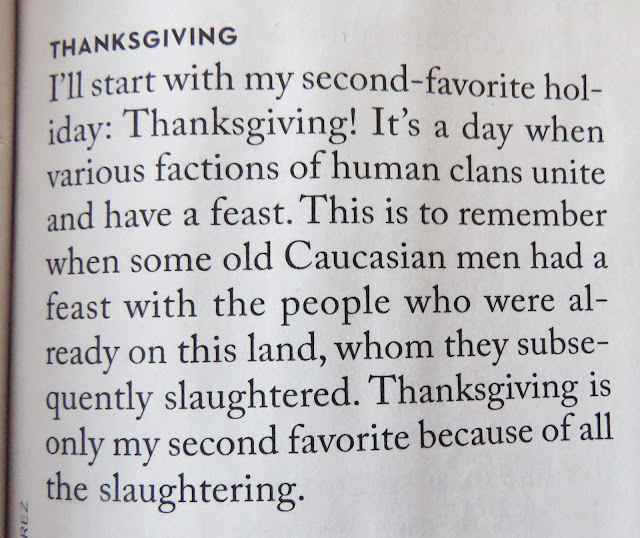 Finally got it all together with help from Stella, Dennis and none of the children...
Fifteen at the table  tucked in, but everyone loves everyone else so it was good- cozy...

I made, the usual-  Turkey, stuffing, squash, cauliflower cheese,  green beans, Gramma's dinner rolls- four batches, one a dismal failure which the crows and raccoons appreciated. They do not judge.

Cranberries, which I cooked too long and they were kind of gross...Condiments with cute baby gherkins, salad, One son brought asparagus, one son brought mashed potatoes. Stella brought the flowers and a cranberry apple cider punch with expensive cinnamon...we are horrified at that expense!---could have bought a yaught-
There were three pies and cream , but ,by then, no body cared. and there was wine, five bottles, I think was the final tally. and nob hill whiskey. 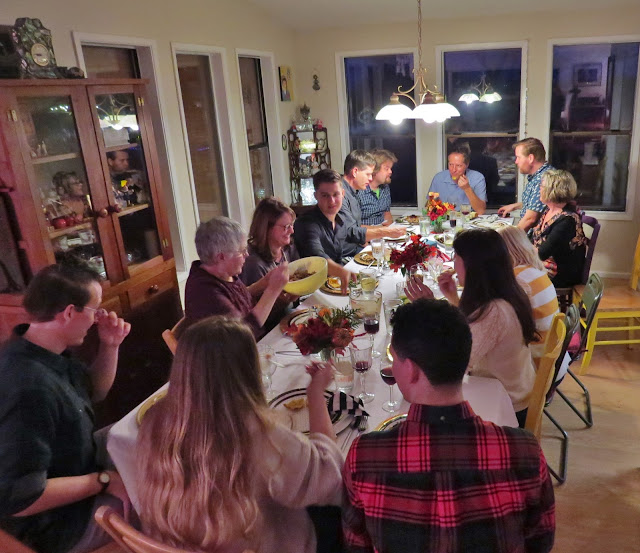 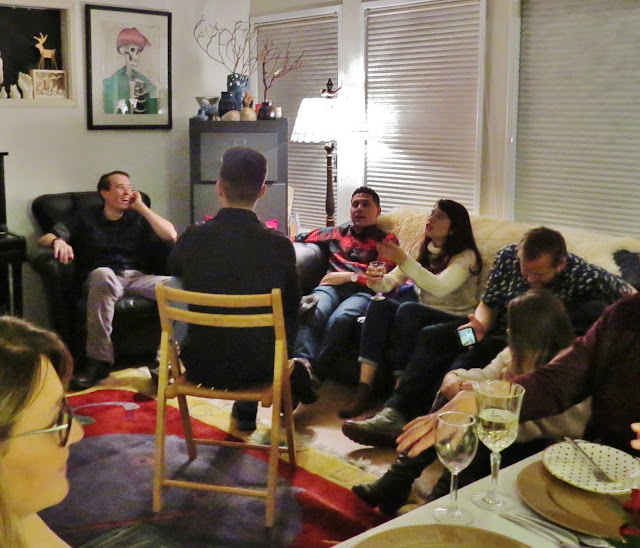 One grand daughter announced her engagement- I found this old TOASTS book from  1904- so old the toasts made zero sense. but Erik gave it a shot... 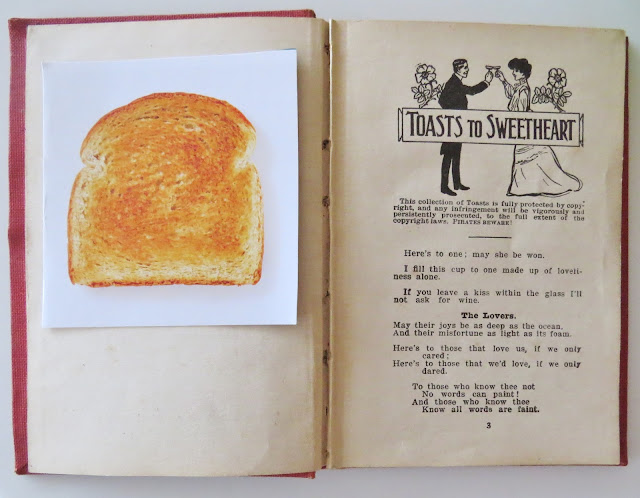 The crippled broken leg deer in the yard earlier looking for apple slices which I did give to him, but then it was too noisy so he went away.
He will be back I am sure, Stella left pears for him. 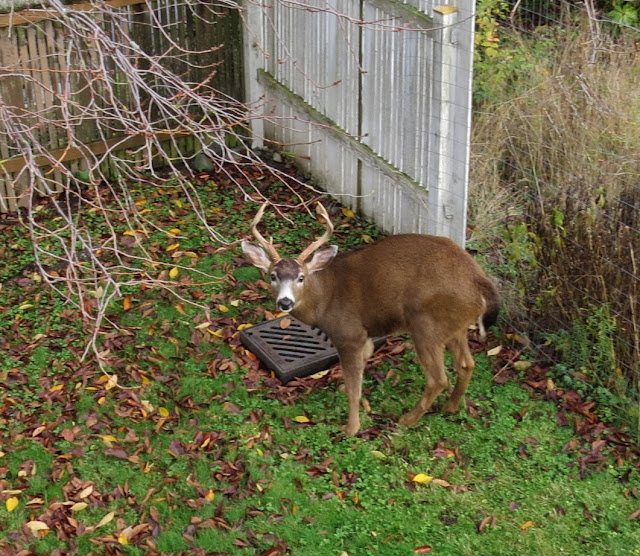 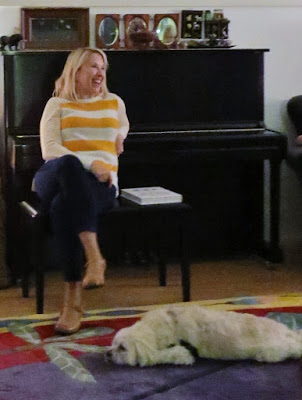 to the next holiday! We will have everyone here again, if they want to chance it. One son's dog had been put to sleep the day before , and this dog is the other son's dilemma,  An Internet dog from a likely puppy mill, he has never been alright and has cost them hundreds of thousands of dollars,  I am not exaggerating. So many surgeries- close calls, medicine- his eye drops for his eye that was medically blinded due to pressure, cost three hundred dollars for two weeks, His insulin is animal insulin and costs way more than the jacked up human insulin! He has been in doggie hospital frequently . Anyway, This dog is age and disease  demented,  stares at the wall a lot, barks at nothing, does not know who anyone is nor where he is. Poor little dude- but you know how it goes...he still wags and eats and seems to not have pain,  the expense is and has been  ridiculous  for this dog. Son has pet insurance from his work so that helps a little bit. They love him a lot, as you do with dog. 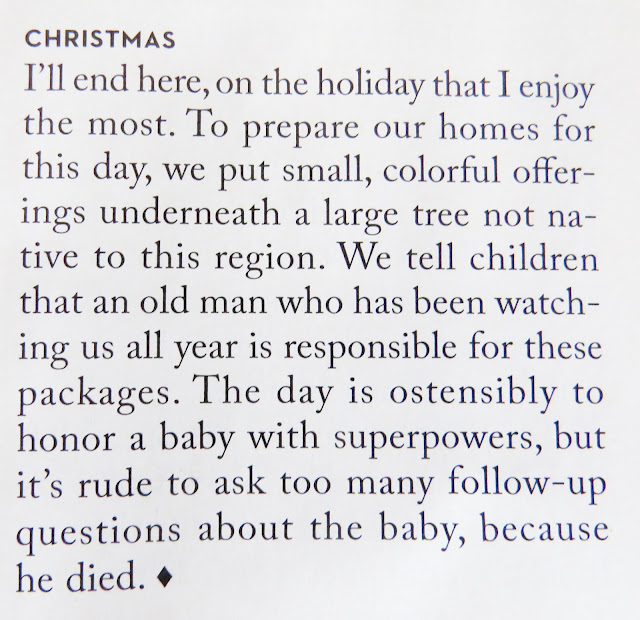 The holiday descriptions from the most recent New Yorker. I will be in London for New Year- watching BBC Two in what I hope is an adequate flat -and loving it. 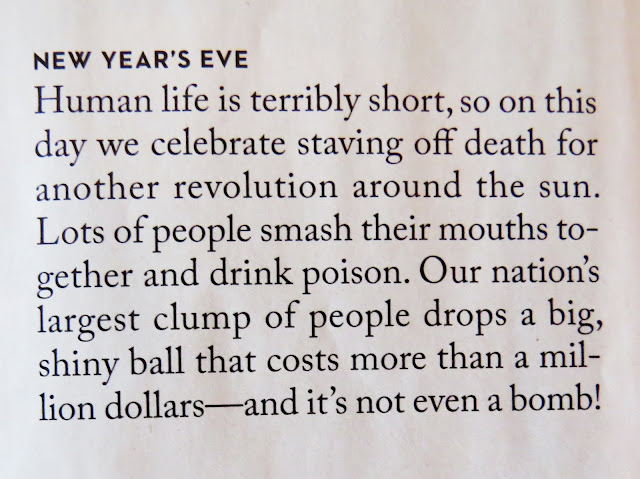