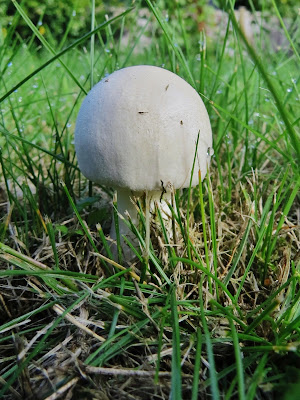 I have the little dog for a few days. He has a tummy ache and the poos. Up many times in the night to trundle out in my nightgown and slippers to walk him around until something falls out...fifteen minutes later -same, fifteen minutes later, same...and on into early morning.

Cranky I give him a breakfast of air, to let his stomach calm down. Take him for another walk.

I reckoned that maybe he was homesick so I bundled him up and off we went to his house. and Fritz's waning garden.
Beautiful day- Toadstools coming up in various stages of cuteness. 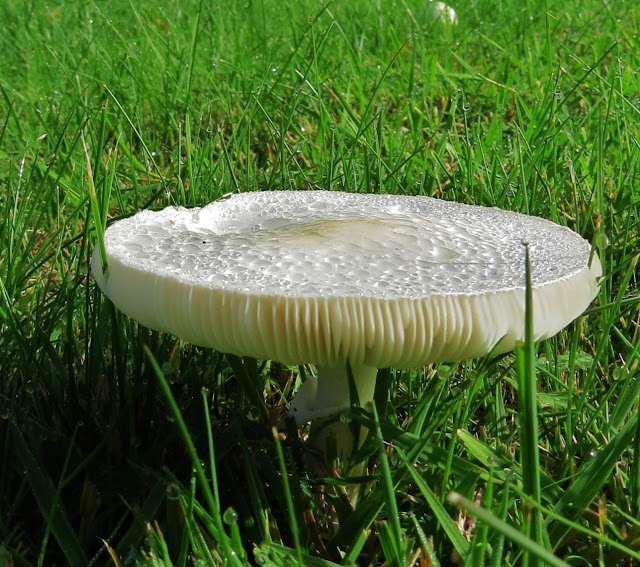 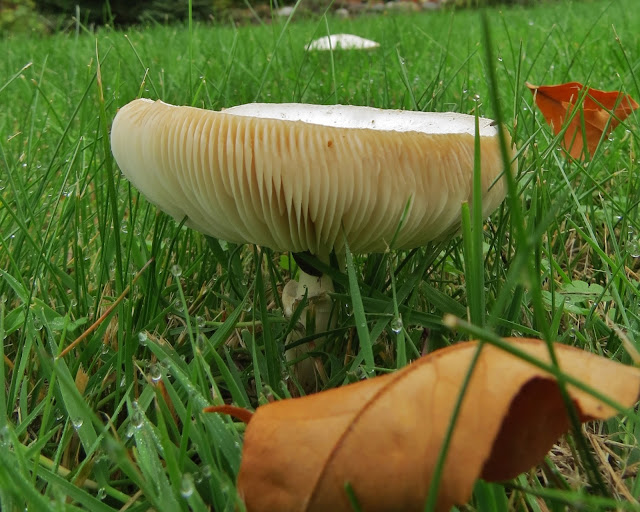 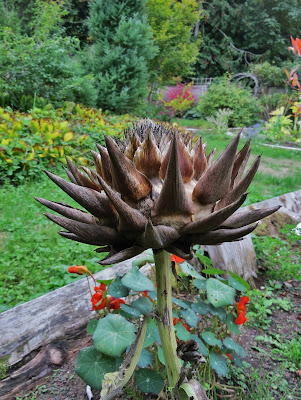 The artichoke threatens to stab everyone, especially those getting too close for photo op.

Already not in the best mood due to lack of sleep and moon walks with a sick pup...I yell a juicy swear to the artichoke, it doesn't seems to hear me, then his friend stabs me from behind.

I take it's photo as well. Interesting, looks like Goldsworthy 's work. I tell it I appreciate it and take back my swear- just cranky, you understand. 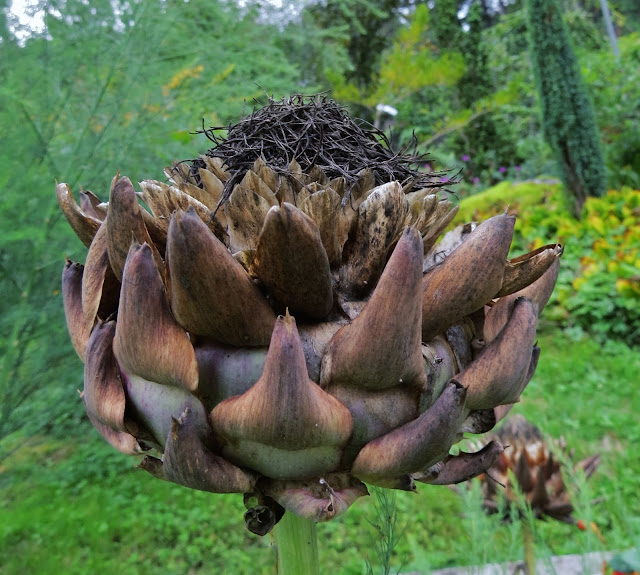 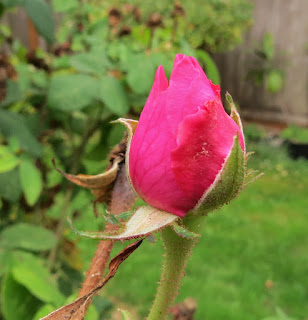 Here is the last rose that will never bloom. Time , change of season, bad luck for this little bright bud.

And the vines loaded with cherry tomatoes that will not ripen. Bad timing. 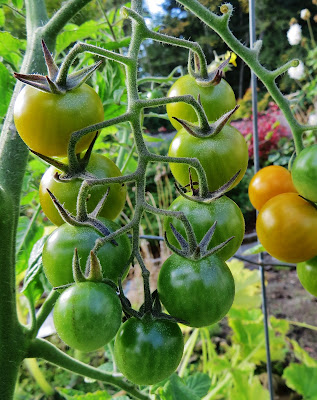 We walked through the garden, Pup looking for rabbit droppings to eat, he just can not help himself! - I understand,  I say, as I stuff the last bit of a chocolate cherry/nut  bar in my mouth- supposed to not eat sugar, supposed to not eat carbohydrates- sayeth the lord of good health.
I do agree, eating sugar and rabbit turds - not a good diet plan. 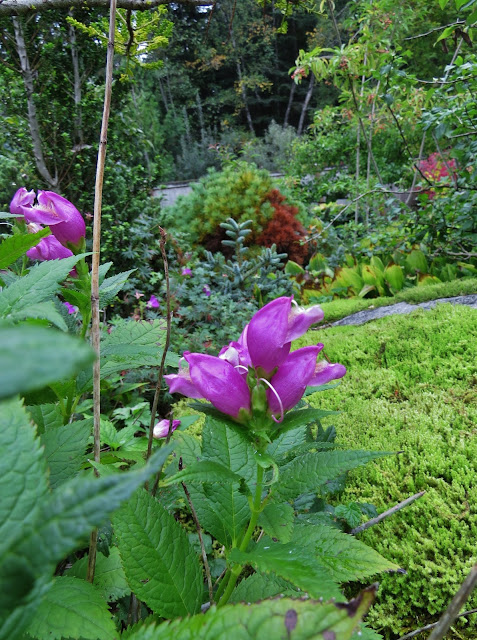 The sun is already at a slant, getting ready to ride the horizon all winter - that is when it bothers to show itself. 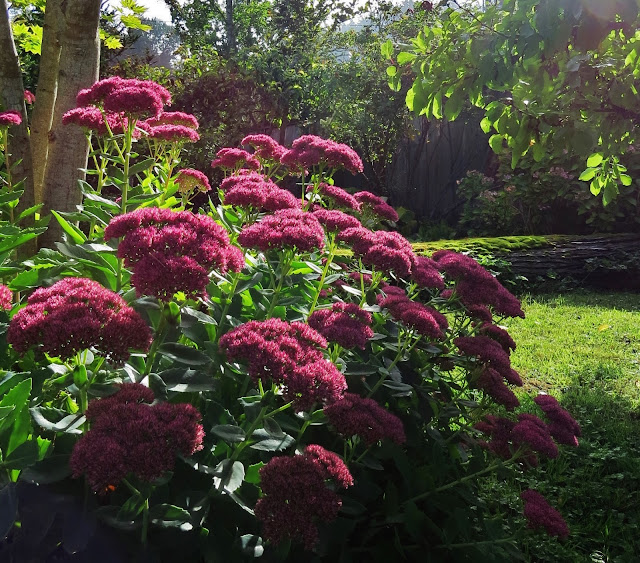 We came back to my house, watched the gentility of  Dr Christine. I stuck around for the shit show of  slime ball Kavanaugh, wish I had not. Now I am as sick as the pup, nauseated, verge of tears, shaking, and I did not know that I could be affected so!
Of course it brings up all sorts - personal, universal- patriarchy must die. Sooner the better.

Then  the dog, wanted to go for yet another walk. We went to our spirit tree by the fire house, for a good long tree hug, and I swear to you, it did calm us down.

Funny that Ms. Mary Moon would mention doing the same in her blog today.
So THAT legitimizes the urge  and the healing power of a tree. It's the real deal. 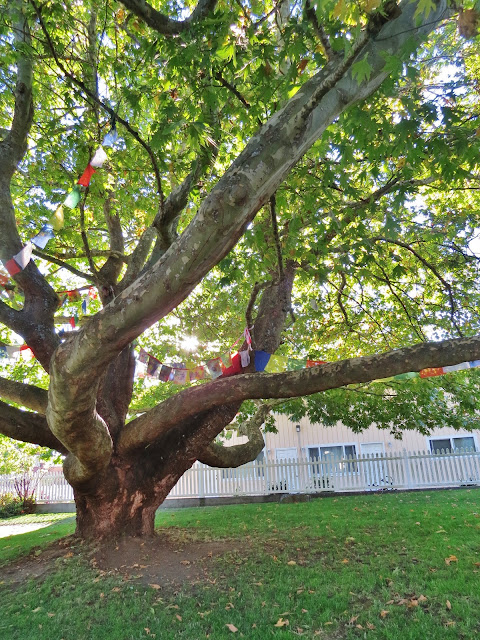 Cubby still feeling sluggish, managed to play hard and tear a gigantic hole in Mr. Bear sending stuffing all around like snow...but still not up to par, still has the poos- Until he has run out of rabbit dropping in his system it will continue to be- 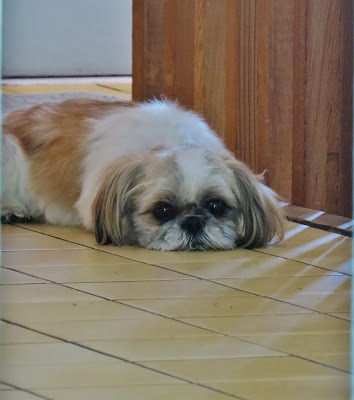 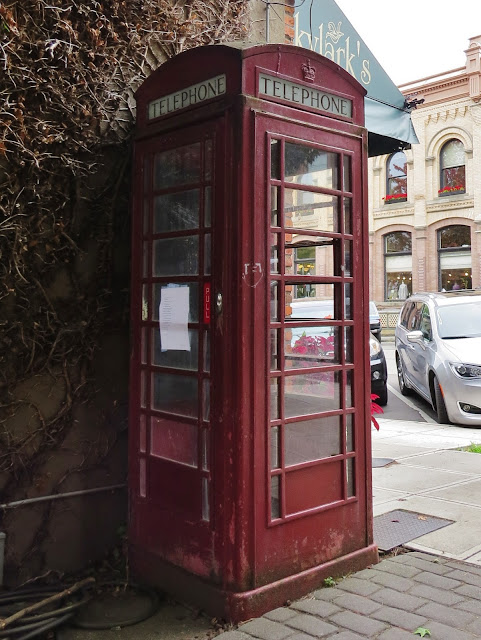 Waiting for Stella/lunch at our favorite place, I notice a "notice" on the telephone box. Thinking it might be important, I take a photo.

I am sure it is important to someone, Sometimes this little town offers surprises, poetry left on a door is one. 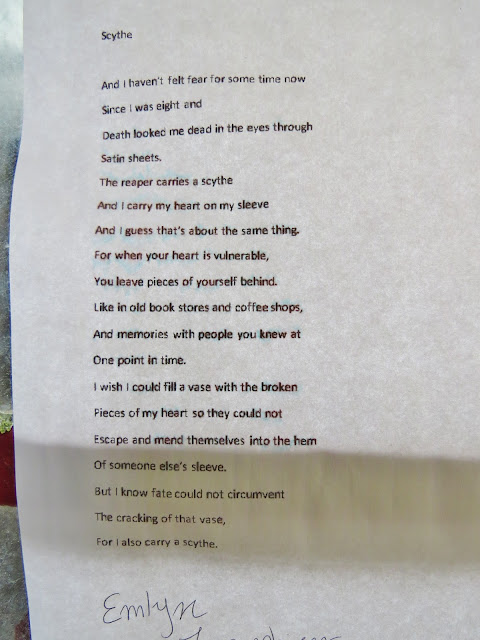 The signage , which I have never noticed before, directs us to the "charming patio", good thing, so easy to get lost in this little place... that metal thing is the bus front of the fish and chips  shop, 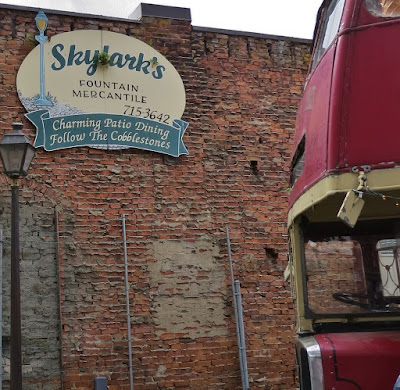 a plump moose at the wheel. The window is very dirty, obscures the driver, safety not an issue since that bus has not moved for many years. It wants care and a better driver. A paper Paul Mccartney use to be the driver, but he dissolved. 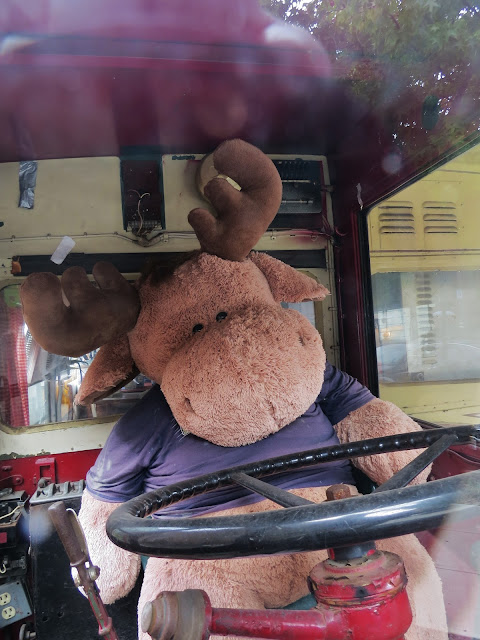 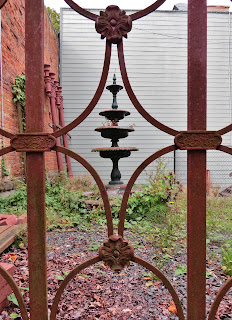 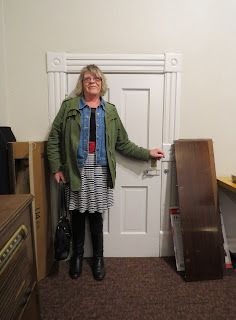 After lunch we went to the little community theater, where Stella found a tiny door nearly her size, Stella -such a wee thing, living in a wee house, but living life large! Champagne ! Diamonds! Jetting around! She may even dress up just to go to the toilet in the middle of the night- Mr. Man is always impressed by her fashion ability- always looking smart!


She is a fancy one, that girl. Inspiring, and she can tap dance! That is the clincher!

The play was fabulous, where all of the local talent performed most impressively ! All could sing brilliantly and boldly- and dance- and drag.
Our little town is gay friendly except for the four bible bangers who see it as their mission to carry inane signs around town, displaying their bigotry for all to see and scorn.
Nope, they are not welcomed- their god must be a right asshole! Anyway, nice little gay town full of theatrical/artistic talent. 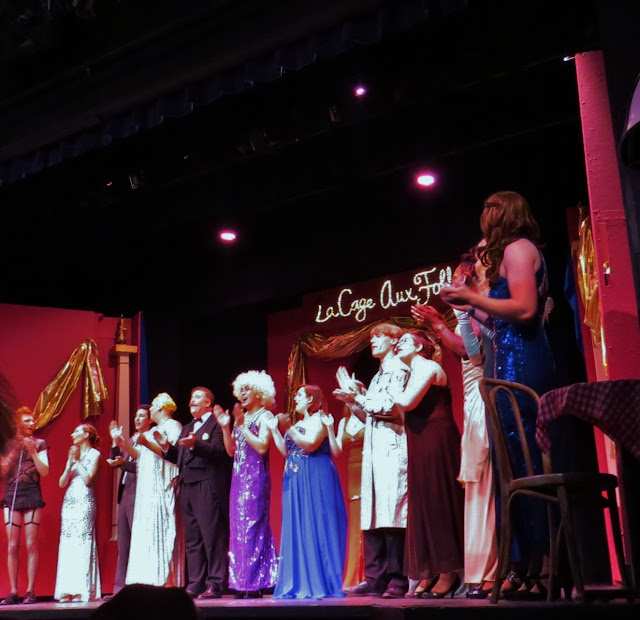 All in all a most pleasant Sunday afternoon with our Stella.
Plus I sold a thing on Etsy- a whopping $3.50 !
Woohoo.
Mr. Man is reading "FEAR" by Bob Woodward- read the first chapter to me as I puttered around...Such a good writer, Mr. Woodward- it reads like a novel- and if you did not know better , might think it the most out land-ish story of a far away , uncivilized  country in it's death throws. Shakespearean.