ages ago only yesterday 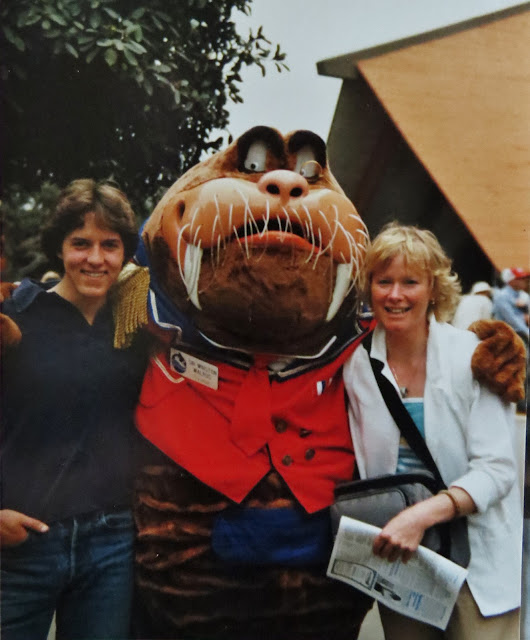 1984!! Oldest son ,  the walrus, and I , in San Diego. Mr. Man finally ventured into one of his storage units last night, Found loads of trash of course, "no time, shove it away" sort of thing...Anyway, this old photo surfaced. It was a business trip for Mr. Man, the only way he would travel, some people really do need structure to function...but it was  a great holiday for us undisciplined folk!

I scissored my hair the night before ,thinking that it might be nice for the meetings, I might not embarrass the man, as I frequently do.
Well, you can see that did not work out so well.
Took forever to grow back!
Anyway, Holy cow, 1984!!! The year I graduated from University finally, having gone back as an elderly  student. 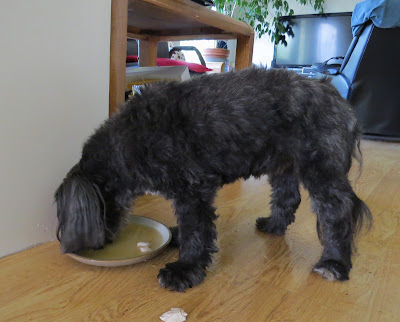 Yesterday While at a friend's house up the road, visiting with our other friends down from Alaska, There was a knock at the door, Since everyone we know was already sitting at the table, It was somewhat startling, all of us thinking " Don't answer it", probably bible bangers or politicians ...
But then there was a "woof woof" - three of us  bolted  to answer it, could not get to the door fast enough.

He did not know how to eat from a dish, Organic chicken soup...so I hand fed him the chicken bits. 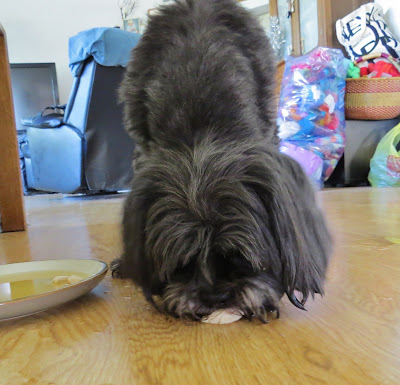 The humane society came so they could check for a chip, and check his health. In five days he will be up for adoption if they can not find his home. He has had a fresh hair cut, so pretty sure he will be with his people soon. If not, I may have a little dog...

There are four deer beds in our yard, This is a favorite for the mother and baby, well protected, rarely disturbed, back of the house with the deer trail leading directly to it.
So calming to have sleeping deer here and there, peacefully chewing and snoozing- A dog would change that...
I hope the little dogs parents find him. 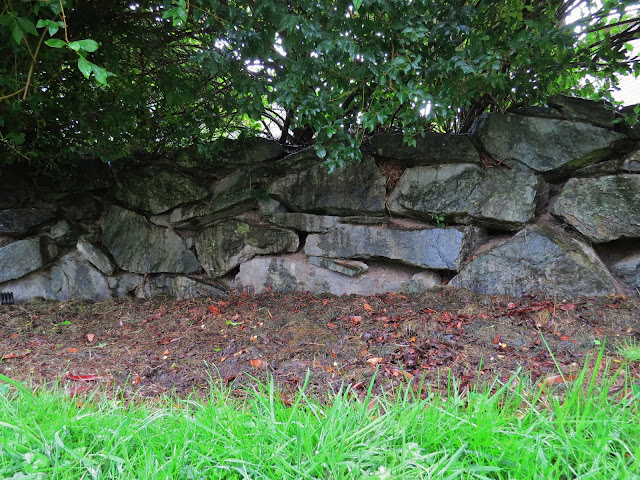 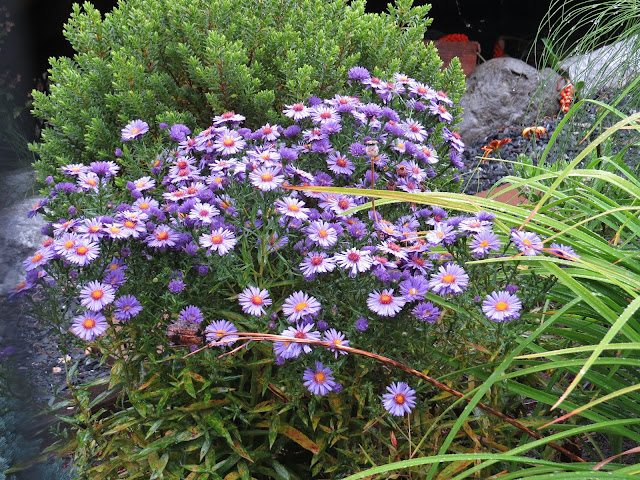 And THIS is our bright sunny Sunday morning, Definitely a two layer day, woolly Halflingers, a large mug of hot coffee- The needed rain has arrived, for months and months -the future- Damp , cold - nature loves it. so, I might not complain.... today.
The sudden chill , the darkness, this is why people do not flock to the PNW.
Friends report that many people who have MS move up  to Alaska, live longer and feel better, something about the climate that is good for MS.
Especially now , with climate change , lengthening the Alaskan summers. This area is not good because it is so humid, and that kind of chill goes all the way through a person ...and stays.
I was warmer in London in winter than here - that tells you everything . 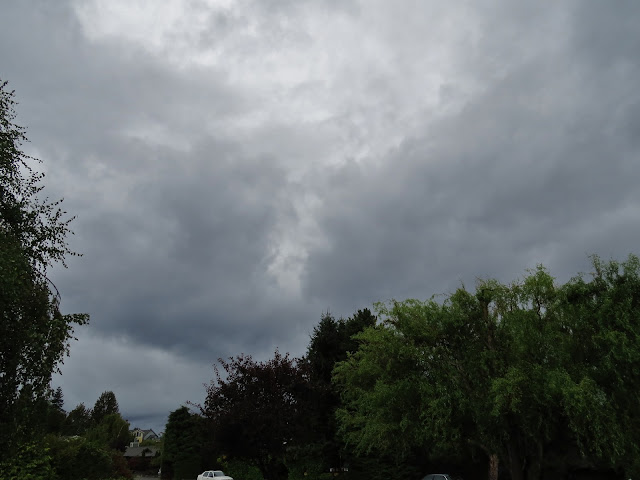 Booked a non refundable apartment in London for the miserable month of January, So that is a done deal and I am excited.  It WILL be warmer than here, pretty sure. Doesn't matter, I would rather be freezing in London than just about anywhere else.
Fingers crossed  that nothing breaks, that no one gets ill, that I am not stopped at the airport for being   a reasonable human being, passport taken, because your know, The Orange plague!
at September 16, 2018 13 comments: