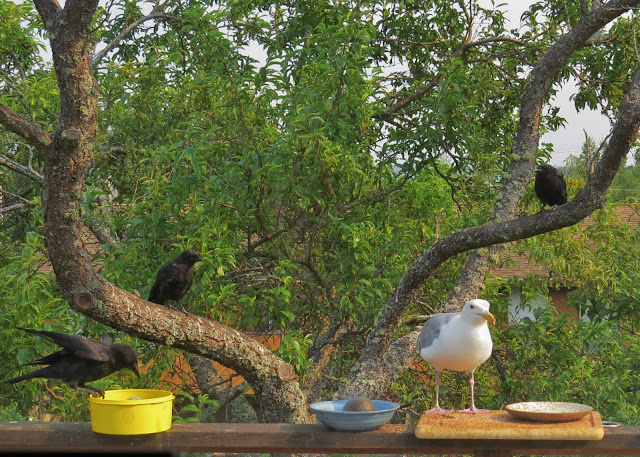 I will not put food out while he is here, uninvited, he does not share, he is a typical bully.

Also not the  brightest bird in the universe.I tossed burnt popcorn into the street to distract him, and he fell for it, lost his focus on the good stuff for the crows, greedily gobbling up all of the corn and flying off thinking , I am sure, that he has me totally trained.

The  clever crows, on the other hand, waited patiently, knowing that I would be there with their breakfast soon enough. I was.
On the menu this morning: cooked rolled oats, pecans, non cured organic ham, flax seed and cooked dried fruit.
Greedy  bully white guy, can just take his attitude back to the harbor, to go poop on the yachts that  also poop in the bay, crabs eat the poop, and the yachtsters and gulls  eat the crab, and , somehow, that is karma. 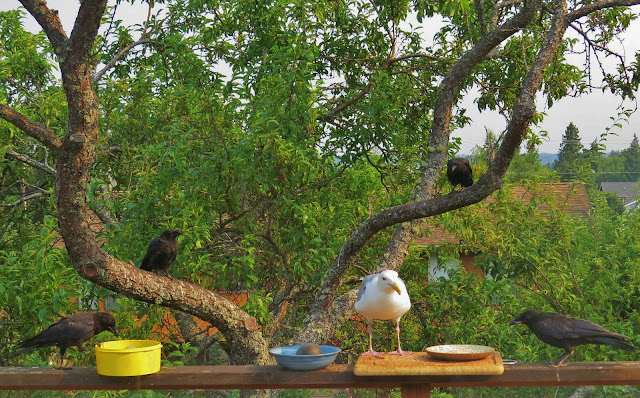 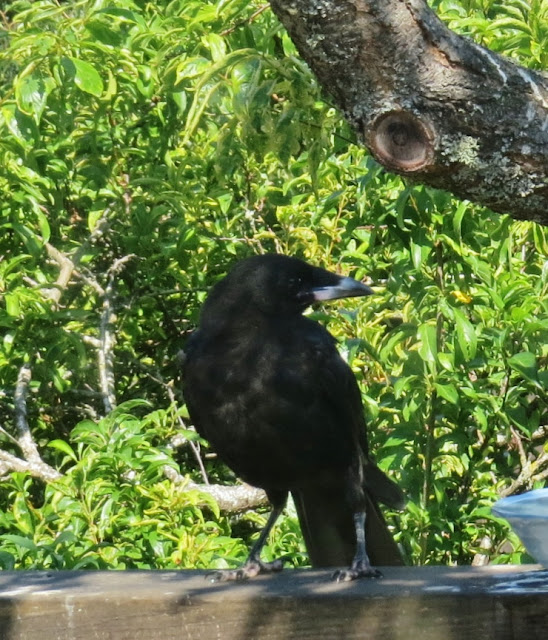 There is this one crow , not an original member of the family of five, whose beak is white, the only one  I have ever seen.
He may be this. But I doubt it, too far from home.
He acts like a baby, and is intimidated by the others.
Of course I try to give him the best bits.

This is the second breakfast for the family this morning, I think it is called , "elevenses", to get through until the next meal at 1:00 pm.
The water is replenished regularly. Too warm out there, especially for northerners.
The weather, hey, how 'bout it??
Not like we have not been warned. 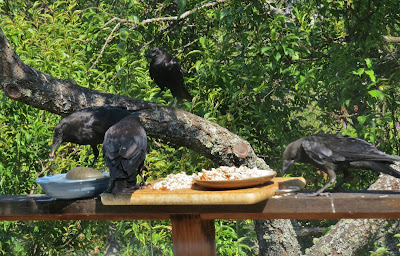 I stay in our nice air conditioned house and glue stuff to stuff. Using E6000, the best glue available, I reckon. I did not realized the thing about it's toxicity- looked it up, after having felt a little off after using an entire tube in one day , henceforth  I will be more conscious of it's not so great effects on the human creating glued stuff to stuff.  Damn, it's always something, moderation is not over rated, it seems.
Back to stabbing wool, instead. Nothing harmful there, unless I stab my self, not paying attention or being too enthusiastic- never look up when needle felting- EVER!
It is akin to texting and driving- our tiny brains can only do so much.
at August 08, 2018 9 comments:

little beach cabin, no thanks 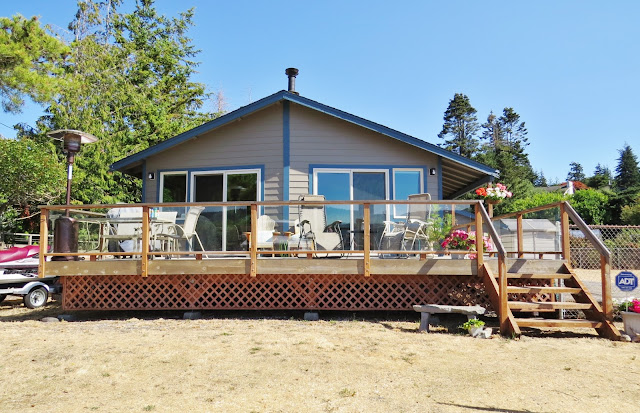 The cabin on the rez, where we got married, had a baby until baby turned eighteen months , then it was time to move to town, more room, closer to stores and banks and friends.
We have rented it out ever since, to some good , some not so good renters, usually having to gut the cabin and renovate every time.
This time , however we have the best renters,
They bought  paint on sale and cleaned up everything so nicely.
yes, they get rent free (which is minimal rent to be sure, always has been)...for the next couple of months.

This is the back yard. 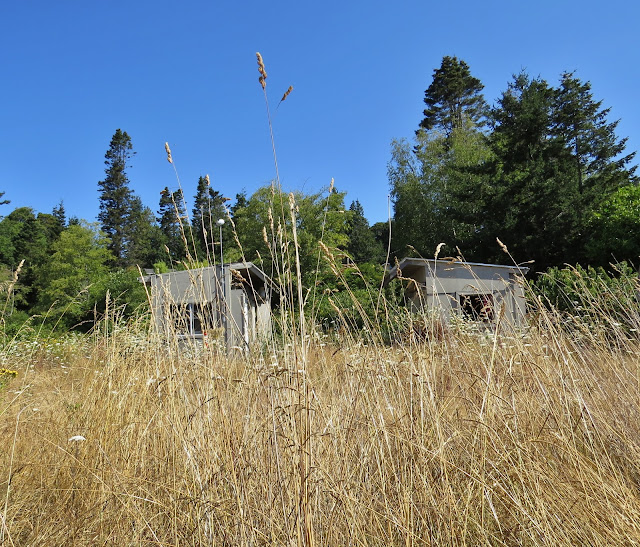 Sheds where the Russians live,
No water.
eking out an existence, not sure how. 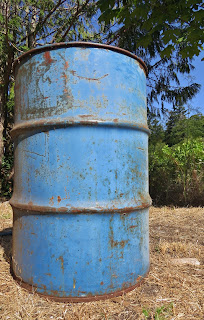 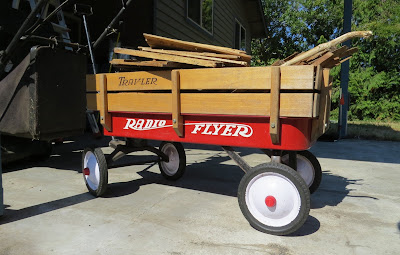 the old burn barrel still employed, and the wagon.
I do not miss living in the cabin AT ALL!
I want to sell but Mr. Man thinks he may want to live there again.
whatever, I am so over it.
When we moved there initially, there was a great 1940's restaurant at the point, as well as a grocery and boat launch marina. I worked at the restaurant for a time , it was old school.
The grocery and boat launch were handy .
All of it gone now, replace by tin sheds.
The native rose bushes have grown in thick and high obscuring the beach, our path gone.
Though the Rez itself has been upgraded, roundabouts, put in, roads repaired, trash collected, much more pleasant- it is a good thirty minutes from town, and floods on occasion. Nope, no reason to cling to this property. But then I am just a tiny voice....
at August 06, 2018 8 comments:

this and that Saturday 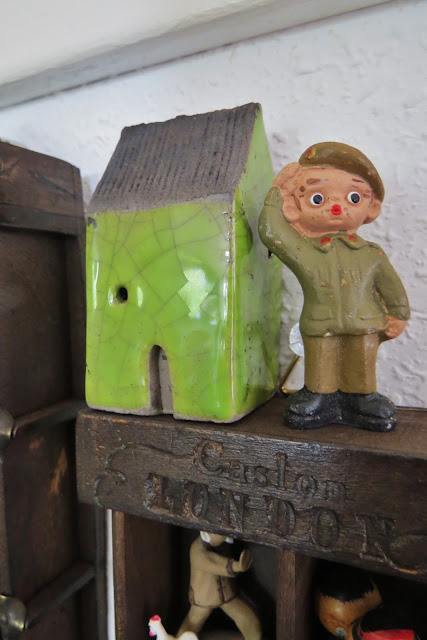 Stella, who has the best ideas, gave me a little green house that she picked up in Finland, guarded by the  soldier I picked up in Amsterdam, on top of the box  I brought back from Portobello Road.
Missing  travel this summer, though I still have a plane ticket that must be used before February. I want to fly to  a peaceful wonderful Utopian city, where tea is served all day, and the pies are plump.
Instead, here I am, housebound for yet  another while.
Mustn't grumble, they say. It could be worse, they say. and I am aware that I am lucky, (dammit) 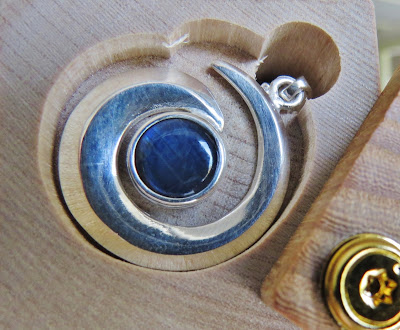 Stella brought back wonderful things from Finland, the necklace being the best! It fits well into the little box carved especially to suit it. Gorgeous stone particular to Finland.

It has been thirsty here, the house plants are gasping at me every day. Some are too large to tote to the sink- I am still unable to lift heavy stuff, I am not happy about this, usually  I shift furniture, carry the enormous fig tree to the deck for a good watering, shift Mr. Man's camping gear and telescopes out of the hallway and into the room designed for such stuff.
I feel like a weenie, and things are left undone. 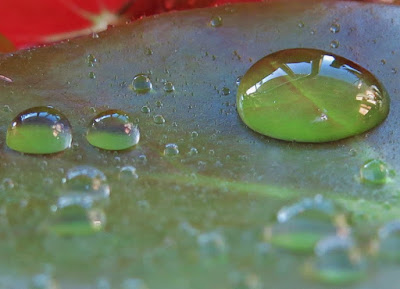 the only things I can do involve glue and thoughts of Christmas .
Making stuff  for no good reason other than keeping my spirits up. Intentionally I use way too much glue- so satisfying to peel it from  my fingers.

This is lousy photo of three of the Klan cones, It is night time and the terrible  kitchen light can make you blind if you stay in there long enough. Bad for photo taking.
Cones lacking imagination, rather run of the mill- 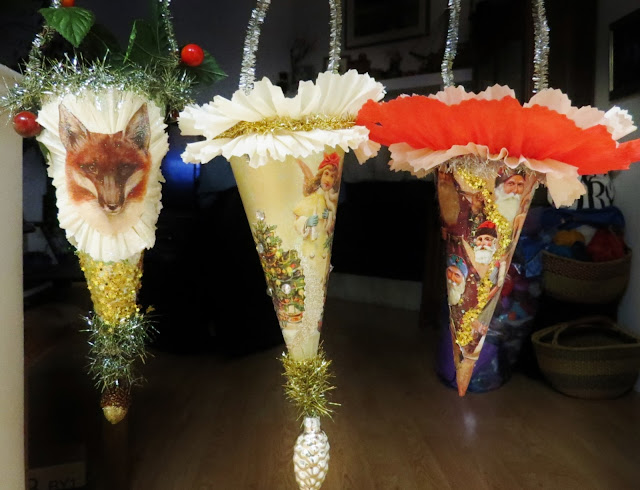 While looking around Pinterest for templates , I found this one. Clever - though  not a fan of Metamorphosis  when I read it the first time,  there is something about it that  haunts...maybe it is the intrigue of not knowing for sure what Kafka had intended, or the delicious language and sentence structure...dunno.
I did read Nabokov's translation, it did not satisfy.
Little wonder. Kafka asked nicely that the bug not be drawn!

But THESE cut outs for  paper Gregor are just  to difficult to resist, maybe that is how Nabokov felt! Kafka would be horrified,  this paper doll breaks  rules. "DO NOT DRAW THE BUG"

I am inspired to make a Christmas Kafka Cone- pretty sure  the market will go wild , and Kafka's ghost may turn me into a dung beetle.
It is a risk worth taking, I reckon, besides I think his ghost is long gone. 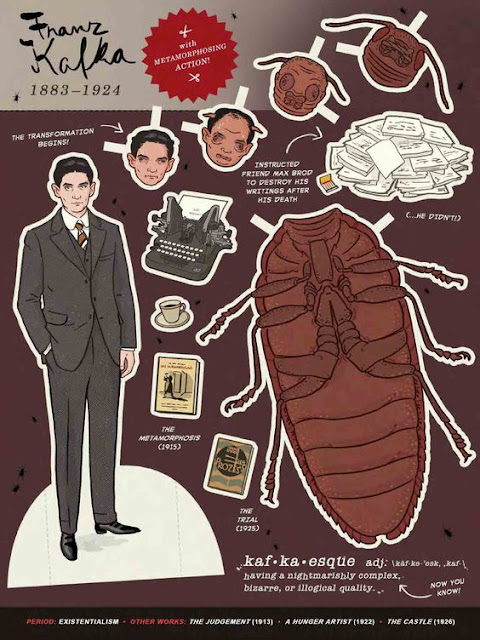