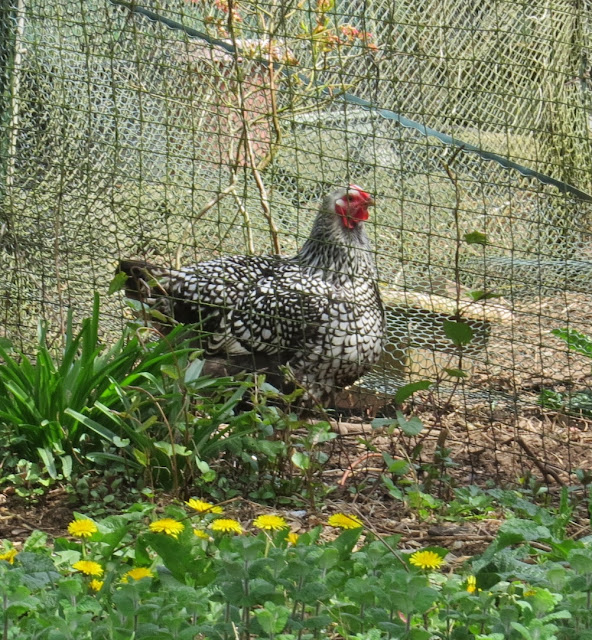 Walking around the neighborhood, sunny day, feeling so good, the future looks BRIGHT!!

Asparagus already up, all it needed was sunlight! A rare event up here!
Not sure Mr. Man and I want to stick around for another winter, thinking to head south for astronomy and sunshine during the grim ,dark, heavy, relentless Pacific Northwest winter.
We are open to suggestion...looking around! 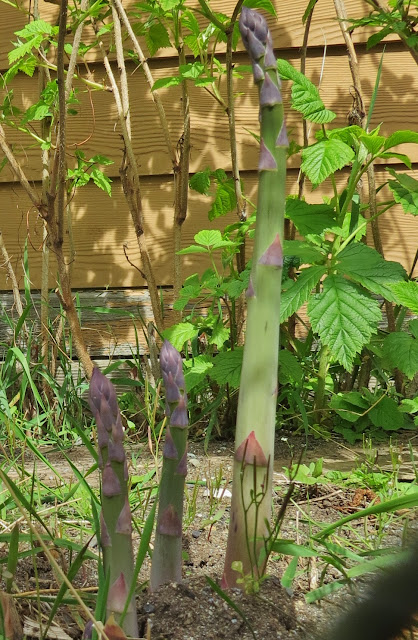 A helpful garden girl , with her ready for action , power apron tied on, and an offering of pansies and Johnny Jump Ups. 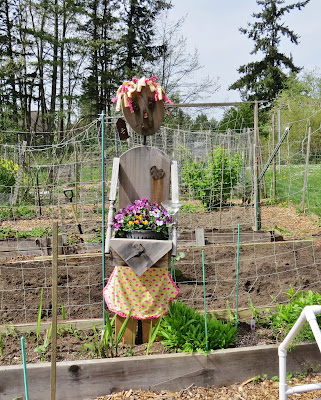 A heap of garden charms (?) waiting to be positioned near the newly planted seeds that they will guard and protect with their magic. 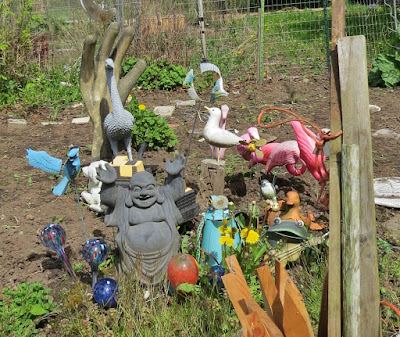 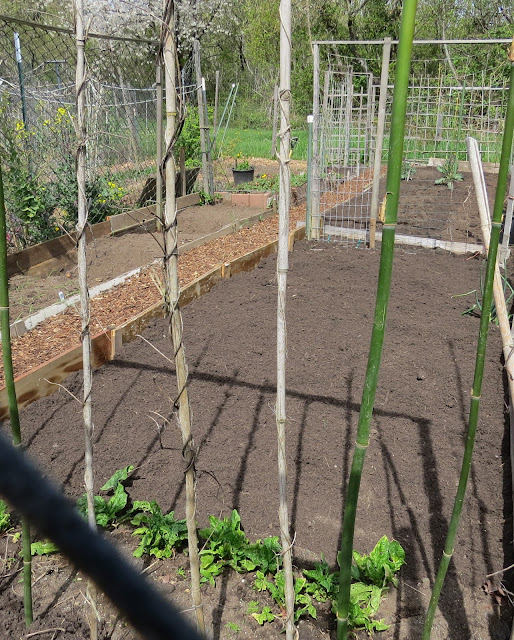 out with Stella, personal space and rude bark 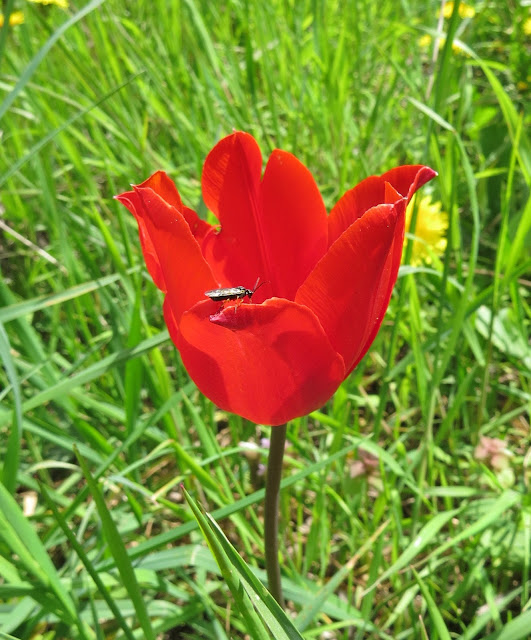 As luck would have it, Springtime and sunshine arrived just in time!
I cautiously approach the overwhelming joy felt in spring, return of warmth, the bright BLUE sky- the abundance of delights!! Cautiously because I guess, basically , I am not zen, and am waiting for the other shoe, rock, meteorite ,to drop...I am not a rational person. 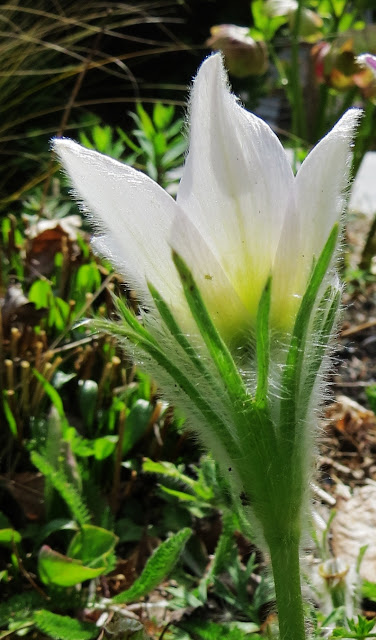 Gaining strength and stamina, Going out with our Stella . 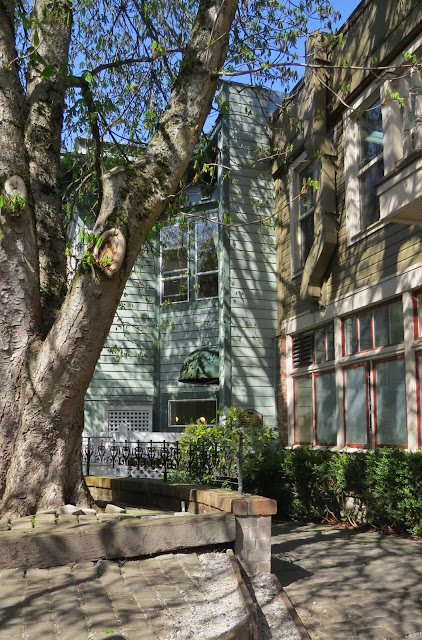 Pretty pleased about it!! Fresh Apple /walnut crumble on ice cream!
Any weight loss due to surgery, gained within  ten minutes .
Thank you , Ms. Stella! 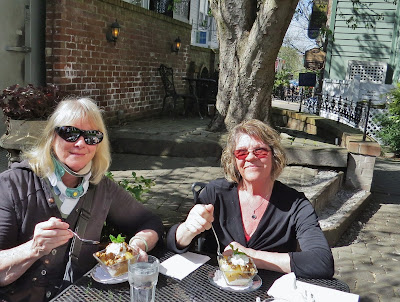 Wood alongside the road, warty and interesting. 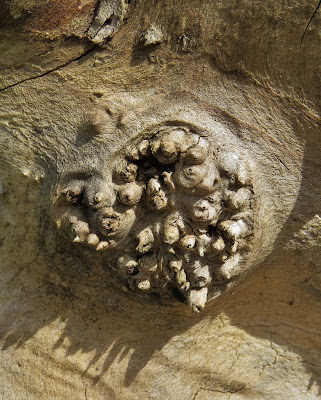 bark along side the road, Bark with attitude! 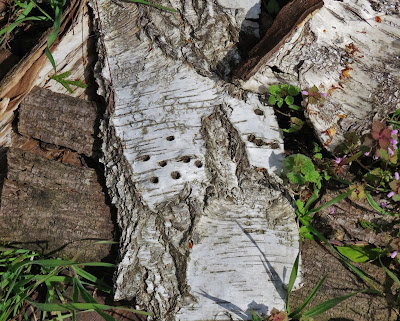 I asked my friend from the Netherlands , why anyone would want to live in America, especially now...she answered" It is difficult to find so much  breathing space, a large house, a garden, perhaps some acreage, for such a reasonable price (relatively)- an automobile, so much personal freedom of movement."
Having  recently watched an episode of British Problems re: personal space, understandable
People heaped upon people, personal space is at a premium,  dealt with through manners - making oneself tucked in,smaller -quiet, apologetic, aware but not involved with others. About two inches of invisible personal space , especially on the tube. Consideration for the masses of humanity around the masses of humanity- makes crowded spaces do-able.
Americans have much to learn!

Having grown up in the wide open un-populated wild west of Wyoming- where humans seek out other  humans for contact and connection, perhaps  friendship seeing another human is a friendly event right off the bat-  though folks still prefer solitude,  their own space.

The Pacific Northwest feels slightly European to me, in the coziness sense - living on the Sound, we are afforded the illusion of space  even though it is  an overly  populated area, claustrophobic , choked by  low dark rain filled sky, thick, dense  forests and mountain ranges....still more space in comparison  to tiny countries who have sussed the social aspects of living in tiny spaces.

Preference is a toss up for me...I appreciate the cozy , tidy, social rules of England. I appreciate the vastness of the states and freedom to roam. Politically, however, that roaming is limited.( Damned if I will wander south of Dixie, or into the inbred inland. But that is just me...and as I stated, I am not a rational person.)
All this to say, Americans are anti-social in the scope of things, accustomed to space- greedy about it- So much empty space here still...Why does Wyoming, or the Dakotas not open their doors to lighten up the overload of  world wide refugee desperation???
Oh, right...I forgot for one nano second...
The Orange plague! 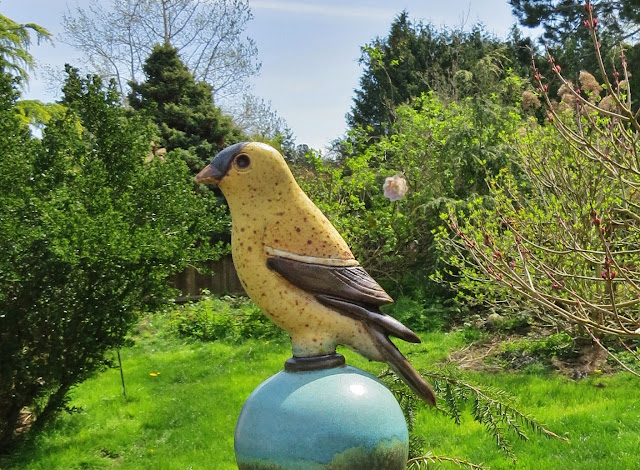 Neighbors fence goes all the way around her yard, On every post a ceramic bird on a ball - each one different from the next.

Being in neck jail is claustrophobic somewhat, but I prefer the restrictions , at the moment, self contained, It feels like my own personal , tiny land, where rules apply and I know them well, nobody encroaches or gets too close.
Healing.
at April 26, 2018 15 comments: 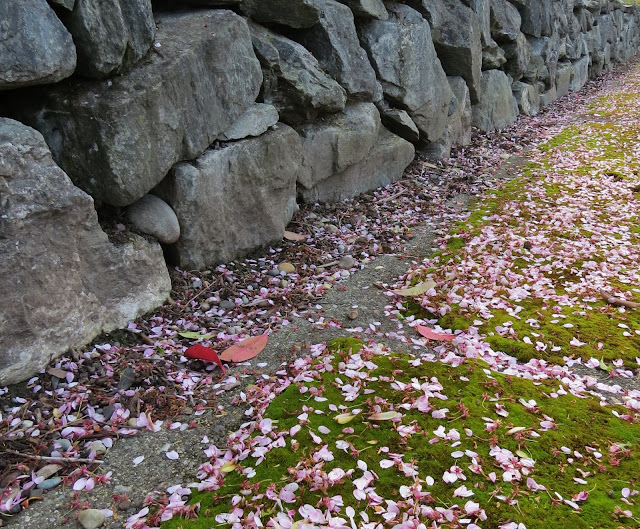 Walking around the house again on a sunny glorious day! Let the healing commence! Neck feels pretty well screwed on and my body is so grateful that the helpful drugs  have been put in the cupboard. Pink seems to be the theme! Cherry petals along our walkway
and THESE lovely flowers about five inches across in my neighbors yard.
Don't know what this magnificent bush is, but I reckon you do... 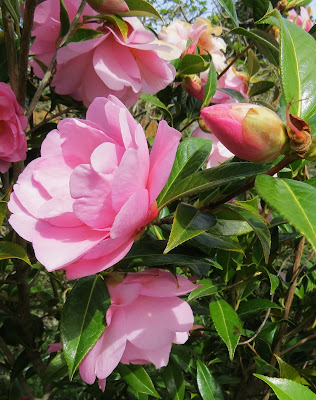 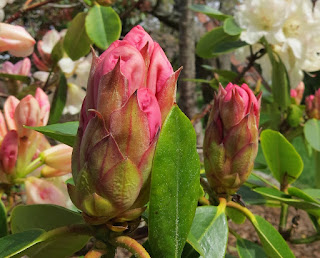 Where I have been house arrested for the past five weeks.
The Cherry tree budding little tiny cherries. 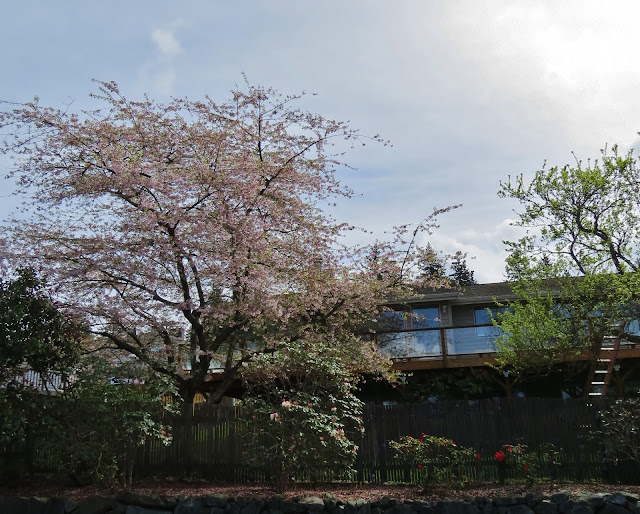 The daddy squirrel soaking up a bit of sun on the deck.
He is adorable, and likes to ALMOST come into the house.
This is the first time in my life I have had no pets so I welcome him to make himself at home.
Please, little squirrel, be my cat/dog/bird/ hamster... 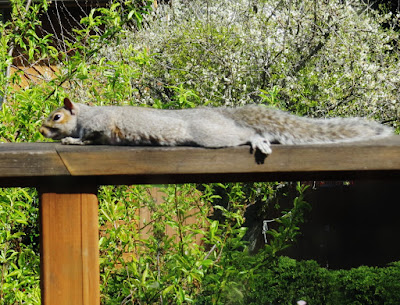 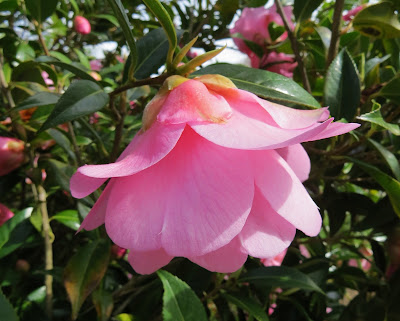 The following must be clicked on to embiggen , Just a few pages of the baby diary I tried to keep when Erik was wee.
He was/is hilarious.
Does not like carrots... 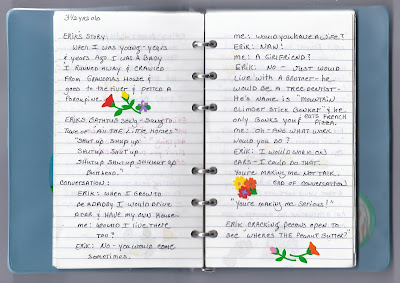 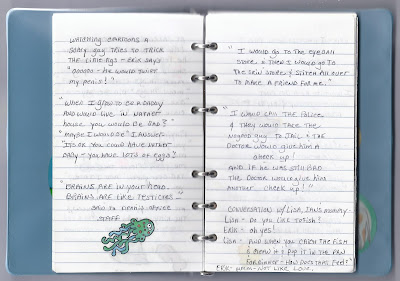 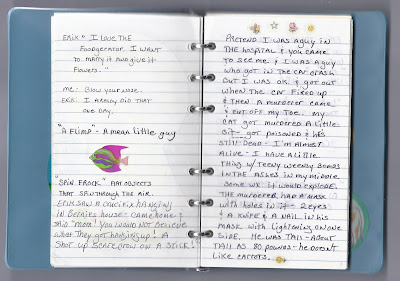 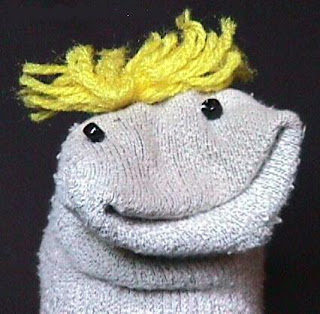