a matter of what comes into focus 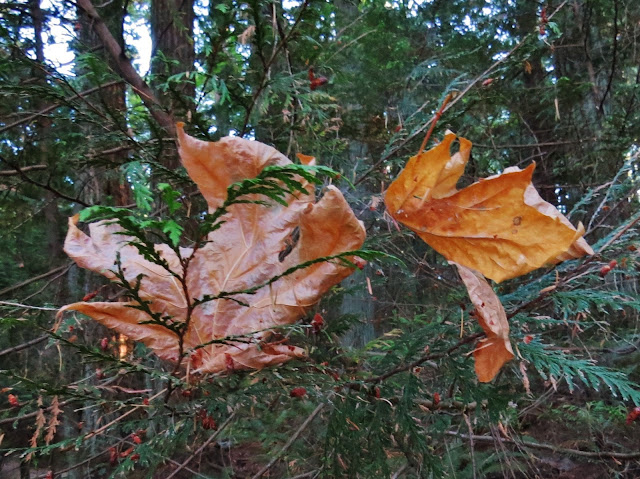 Autumn usually chills  people out ( I know, bad pun), after a hot frantic summer, the change is a welcomed one.  Traffic slows down a bit , the days are shorter, coffee tastes better.
The forest will certainly welcome the  coming incessant rain- but I? I am not welcoming the change.

If it were REAL change, like maybe political  and  beneficial climate changes -from orange alert to a more even tempered Joe Biden or Elizabeth Warren ,  and perhaps a Tesla in the drive, I  might  feel better about "Winter's Coming".

Folks seem more cranky, testy, misunderstood, misunderstanding ,  out of sorts this fall.
Or is it just me? ( no, it is not, just thought that sounded magnanimous ) It could be the tension of politics - a country so broken yet  so full of promise- hand wringing dread, November elections hanging in the balance. People with any amount of melanin , women, non Christians, queer as folk folk- anyone not in the realm of white  Bible BS male - are in peril. 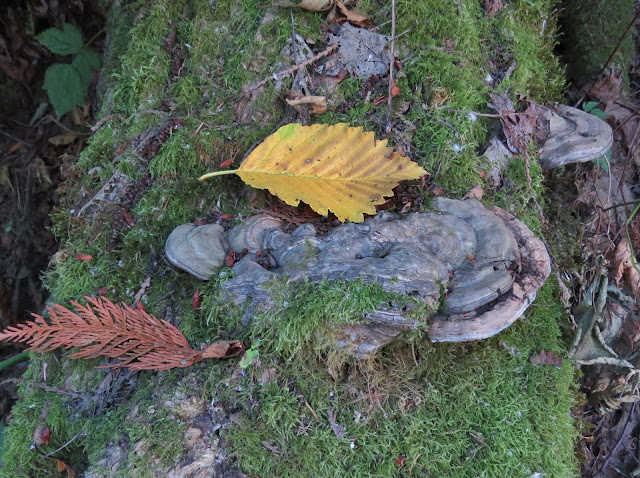 Another walk around the lake yesterday with Mr. Man , he said ," when I watch you taking photos I think, hmmm, why are you taking pictures of trash?"

He could not see what I was seeing until I posted a few on facebook, He said he had no idea.
And I guess that is the difference - how people interpret , what comes into ones focus.
Like this little  green slug pupper, how cute it is, how misunderstood, as most think it is a pest and somewhat icky and are more than willing to snip it in two with shovel or scissors. Who would focus on that little bit of slime, I would. 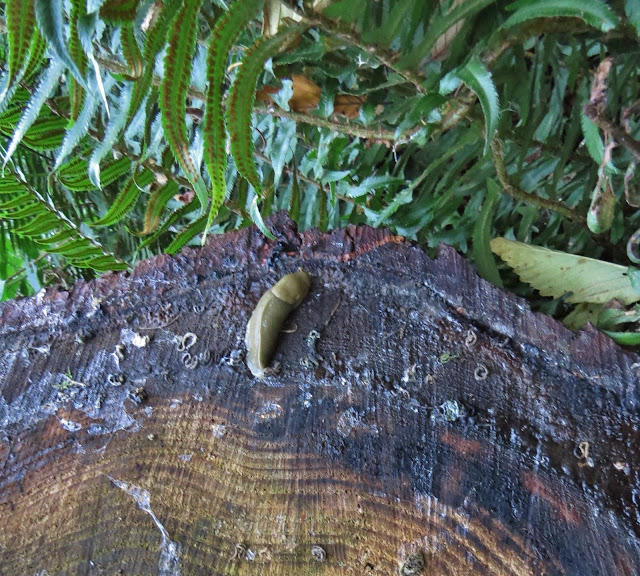 Or this plant,what ever it is, going to seed, I think is magnificent and you would too, if I had a better camera. ( still  wanting a better one, for detail and clarity- but not today) Anyway, you get my drift. 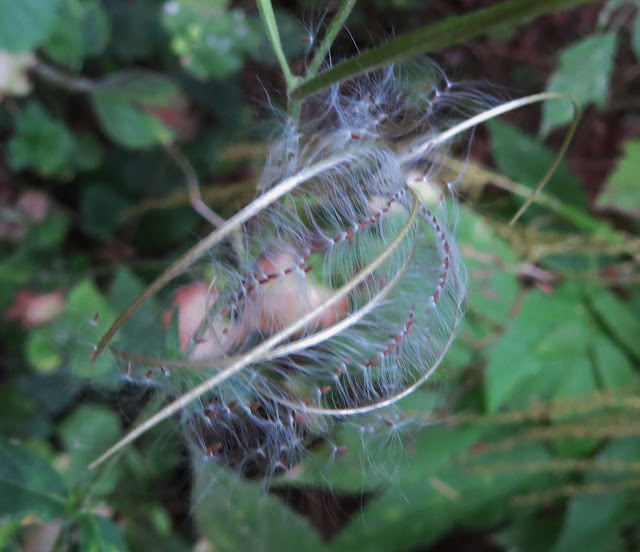 Hand prints in concrete that  also go unnoticed , hidden by a nondescript post in the forest.
I point them out to Mr. Man, and remind him of the hand prints left in the office concrete by our oldest boy when he was about seven. No recollection at all for the man- again, what comes into focus for some does not for all, nor should it.
I  would like to chip those tiny hand prints out of the concrete at the office and keep them, but that would cause too much damage and expense to mend, too much fuss, sentimentality is not a valid focus, I suppose. 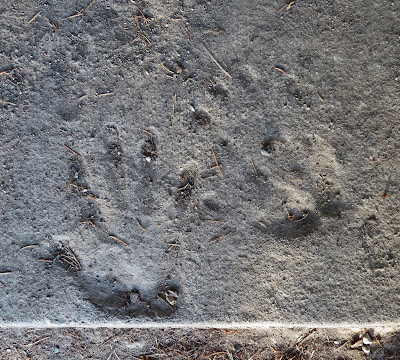 At the end of our walk, the full circle around the lake, which some say is just under 3 miles and some say it is 5-  is so serene, summer time madness ceased, heat and smoke gone.
Feeling better having walked a bit, having had fresh water drinking from the  public fountain, yes, we still have those, and having had a good many dog fixes along the way, we are chill.
Ready to take on this new day,  or so we thought, which has been less mellow. Ex-wife misunderstanding, crying , yelling, on phone, misunderstanding. Some one not getting a New Yorker cartoon  and taking offense. Some one misunderstanding the shopping list, the meaning of this and that, Someone not meeting expectations set by another.

Fresh out of patience. Just fix the damned problem.
'And stop moaning,' she says as she moans about her crumby camera ,and the grammatical error of starting a sentence with "And", the gas lit country  banging it's head against a wall of deceit ..so, yeah, it could be me...probably is me....yep. 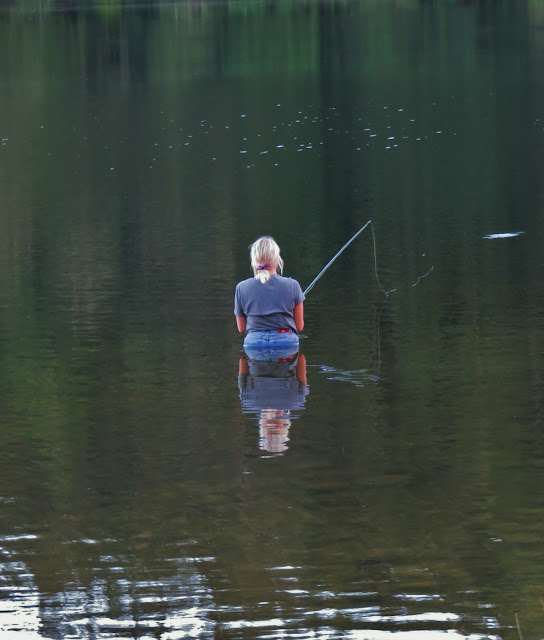