klan cones, baby crow , melt your neighbor's door, and a much improved willow 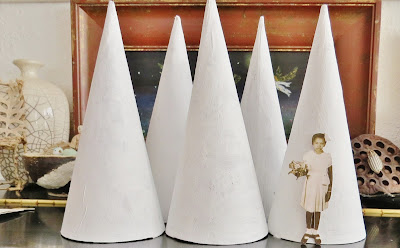 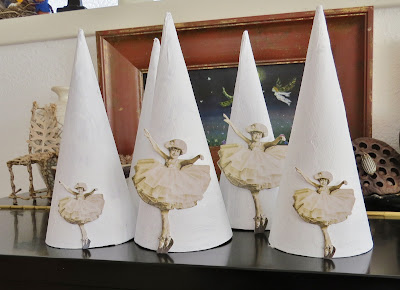 I bought some cones to make Christmas Whatevers, gessoed  them and set them up to dry, They looked like the Klan ,  I put girls in front of them , so that there is no confusion or frightening association.
So far, I have decorated one half of one cone, fiddly tiny gluey  work. It has taken me the better part of the morning.
I made food for the crows, added sardines, it went down well, my family of five soon became ten! 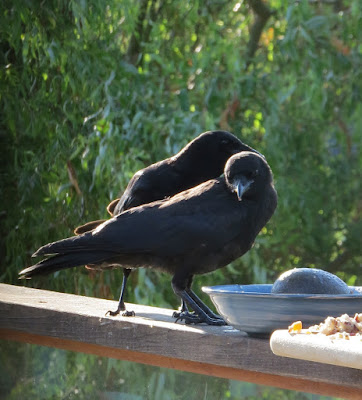 Here is the baby not quite ready to be a crow yet. Still has a "joker" beak. A wide mouth trimmed in pink. 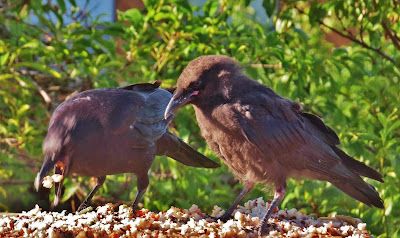 Mama tried to get the baby to feed itself, but the baby knows a good thing- Mama stuffs her baby after much squawking, wing flapping, and being pathetic. 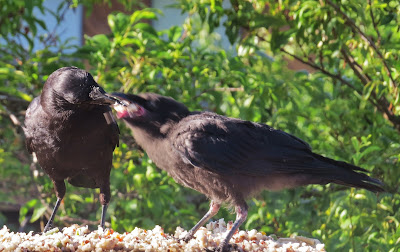 Then I made stew, as you can see, our weather  is stew weather.
As it stewed , as stew do, I admired the work in the front on the willow. 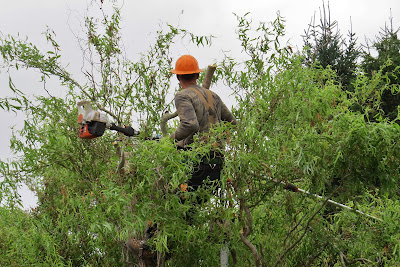 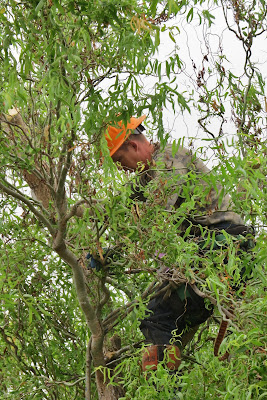 all together there were nine men , only one doing the real  work.
For some  reason, there were three men doing nothing but looking up. I suppose that is required...I know nothing about trimming willows, now I think I may know a little bit more...always hire two or three  men to look up , it is part of the job. 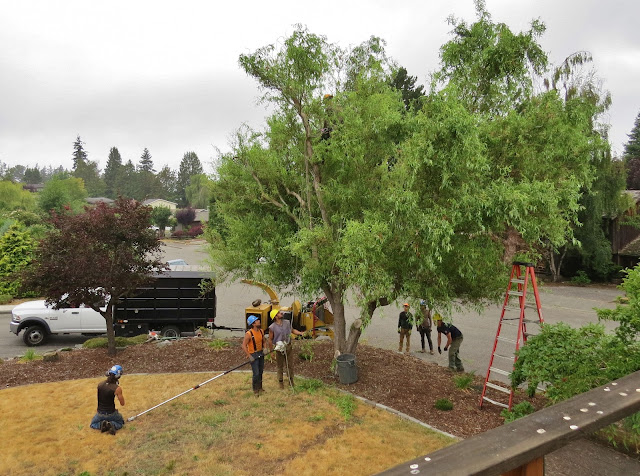 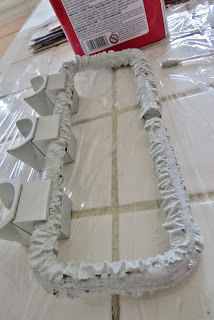 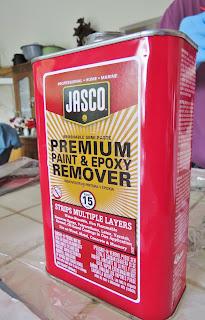 Mr. Man needed to improve the look of the instrument holder from the office.
He thought of all sorts of ideas before he purchased
JASCO-
If you ever need a paint remover that is instant gratification, this is the one!
If you need to teach your neighbor a lesson THIS is the weapon of choice, a little splash and POOF, no paint on his miserable garage door.
The Rump supporter down the street comes to mind, though - I would never....

This is the willow after it's make over, complete with confused bird up top.
It will last another winter without breaking apart like it did last winter.
Huge branches   , weighing too much for one person to drag away, have now been tamed to the tune of way too much money for the job, but whatchagonnado, I could not have climbed up with a forty pound chain saw and made it better- there are just some jobs for which you have to pay big time.
Surgery, on oneself , is another... 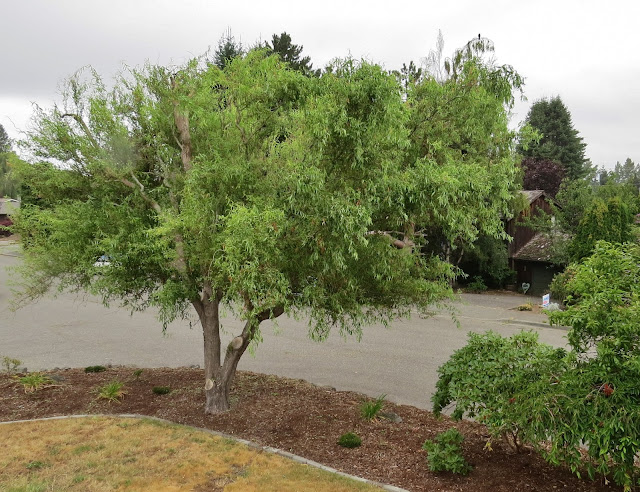