surgery - the windows to the soul- I have none, apparently....

The French ophthalmologist Jacques Daviel (1696–1762) was the first modern European physician to successfully extract cataracts from the eye. He performed the first extracapsular cataract extraction on April 8, 1747. It was the first significant advance in cataract surgery since couching was invented.


I can not even imagine how primitive and horrid that must have been,
On Thursday I had one eye done, the next to be done the following Thursday. I had no idea what to expect other than everyone telling me what a piece of cake the surgery is and how well the eye works afterwards. 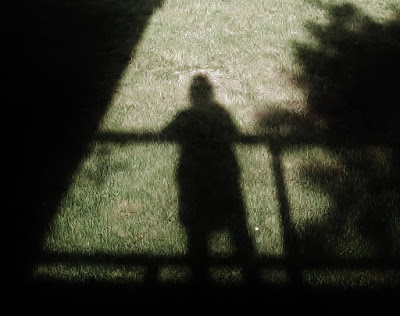 I have not been able to see  well for some time now, which may explain the huge flowers that I felted  Large is the only size that works for me . Colors have been peculiar  as well , Reds pop forward like 3-D, off the page or out of a paintings- also  have not been able to read for well over a year now, and wearing two pair of glasses one on top of the other, has not helped much. So looking forward to having my eyesight restored has been exciting, promising! Can't wait!! WHOOPEE!

Stella drove me  all the way to another town down south to the surgery, and waited around for what we thought would be quick , painless , a snap, a piece of cake, right? Everyone says so....
The cake is a lie!! It has not been the most pleasant of experiences.so much lying going on these days!!!

- I could feel everything being done, not enough numbing and not enough "I don't care" medication.
I will know next time and tell them to give me the entire pantry - triple, please !

Stella saved my life...AGAIN. - brought pain meds for me - one for  immediately and one before bed, WHEW!
She knows stuff!! Stella is a goddam SAINT!
- large black glasses  could afford me a whole new career , yeah, man, Me and Stevie...
Ebony and ivory...looks like I will be wearing these forevermore, eyes are more fragile after being messed with, they say. Could be a lie... 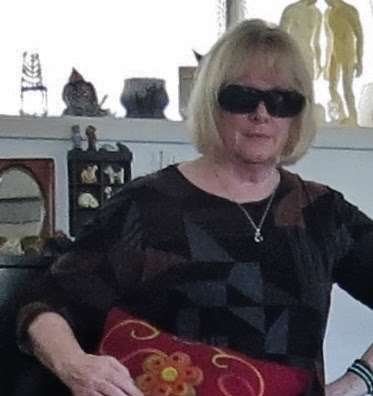 In 1923 at the age of 82, Claude Monet finally relented , had  surgery on one eye. At first he was pleased, though having had impaired vision for so long (thus his blurry /soft style)- the clarity and bright colors terrified him .

Before his vision became clouded over nearly entirely- he did not complain- he liked the world as he saw it- melding and foggy ,  "It's very beautiful all the same and it is what I would love to be able to convey", he stood out from the crowd of fabulous painters during that time. 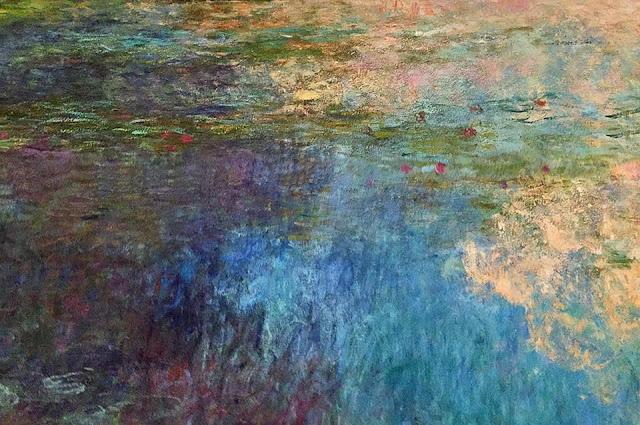 as the cataracts grew more dense, however, his painting became  dull and muddy. The surgery did not bail him out. One eye could not see violets and blues , the other could.After surgery he painted opening  one eye at a time .and the light was never restored to it's previous glory.

Of course I am hoping that what everyone else has said  about this surgery being  a magnificent miracle will occur in time , after the swelling diminishes, the globs of tar floaters cease, the bleeding eyeball thing becomes less bloody, and vision actually happens- I will be among those folks...right now, not so much. 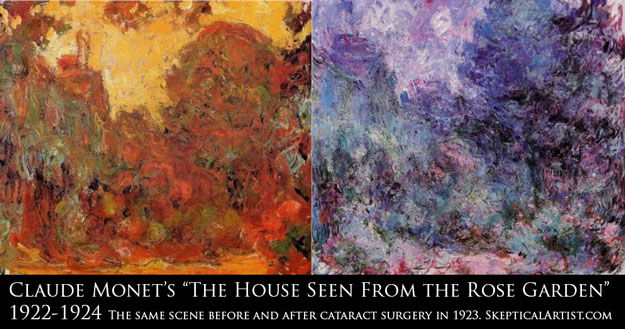