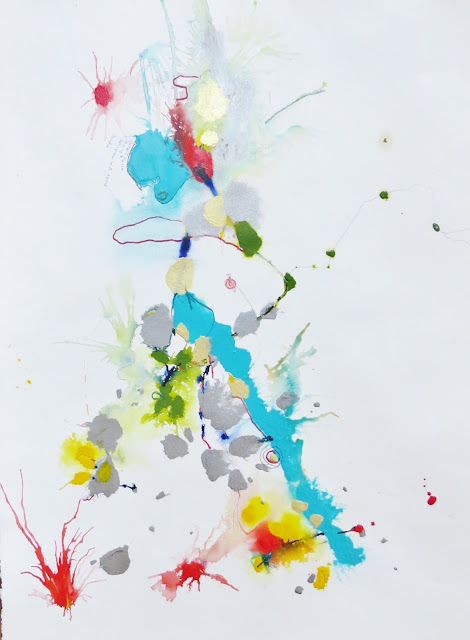 My Friend inherited our friend's house and everything within, our friend , David,who died of Parkinson's/dementia a few years ago. He had stacks of artwork done of the most expensive paper all over the house, some of it quite good /interesting.worthy. It all has been whittled down to a more manageable pile, I took four of them yesterday. 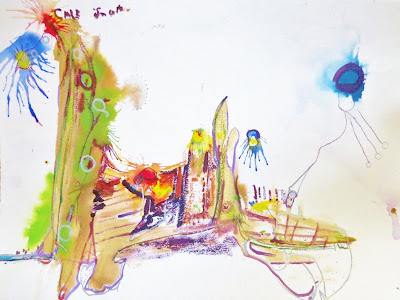 They are all quite large, would be expensive to frame, so I have to think about what to do with them...Might be able to find large frames in the charity/thrift stores, in the meantime I may just tack them on the walls downstairs to get a feel for where they may want to be hung.
Who knows what the artistic mind of a dementia sufferer goes through.
Art sort of tells a story. 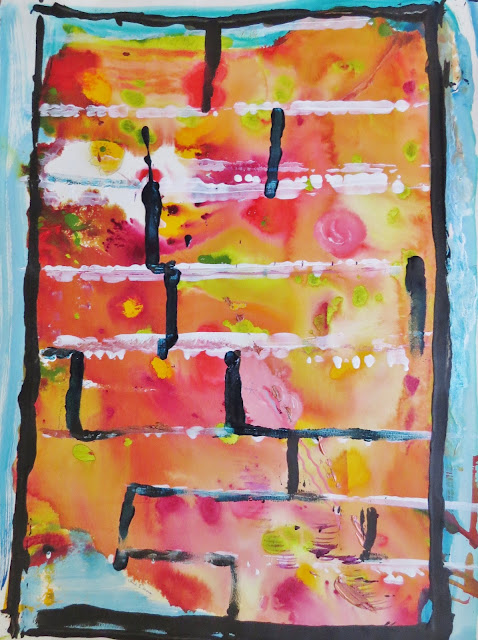 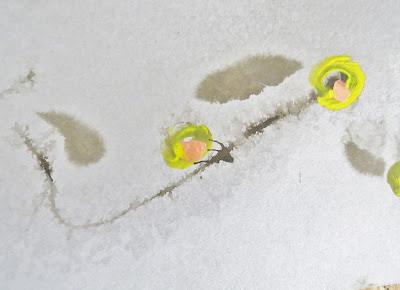 Trees are budding , critters scampering, sun is shining, still not warm but SUN!! 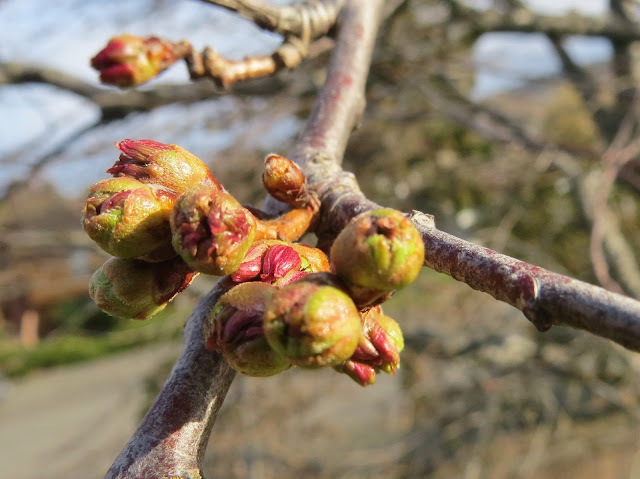 My friend with the unwanted dog ...all turned out to be a blessing in disguise, Mr. Man, went to a secularist free thought meeting south of here, struck up a conversation with a woman who has a German Shepard pup needing a pal. She lives on 24 acres, four of which are securely fenced for the dogs to romp , So that is where Luna went.
All well in the dog saga, whew. Luna will have a happy life. 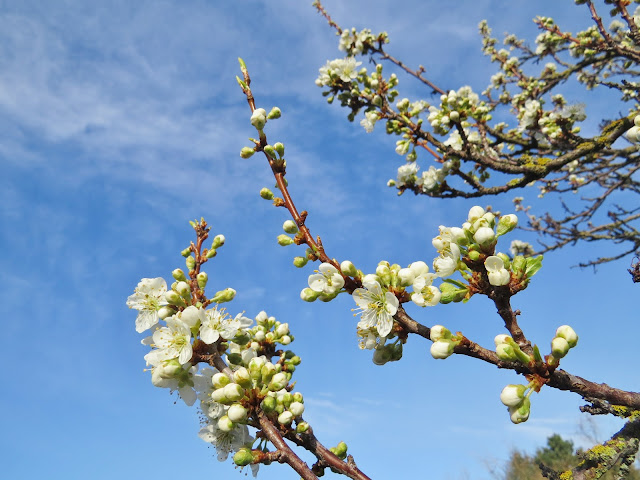 Here come the plums on the little tree that Erik got when he was nine years old. 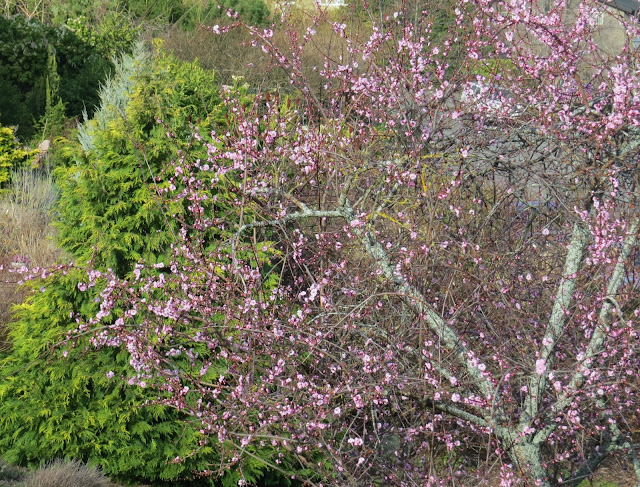 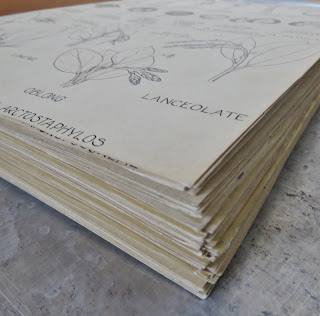 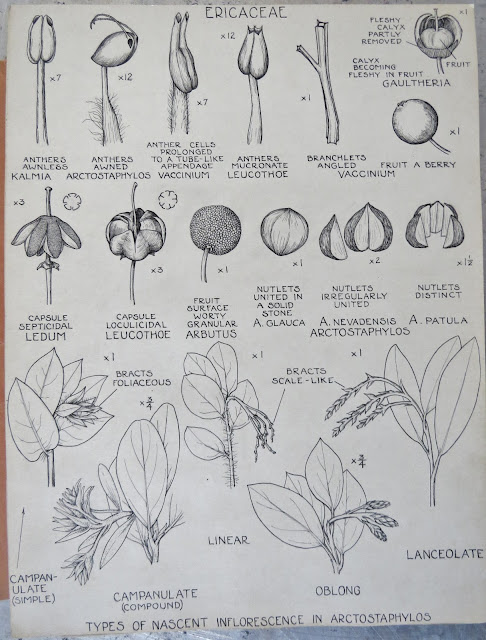 I came home with a few books as well as David's paintings. One of which is from Berkeley, where David's father taught Botany way back in the day, These study plates are exquisite. I should probably try to return them to the Botany Dept. @ Berkeley but...I really like them.  The drawings are wonderful.
Also tucked a couple of Bird prints from a large book under my arm.
A poetry book, a book about Alan Turing, and Oscar Wilde, a field guide to North American birds  and a couple of music books.
There is still a wall of books to choose from, Just takes time and strong arms to carry them to the car. 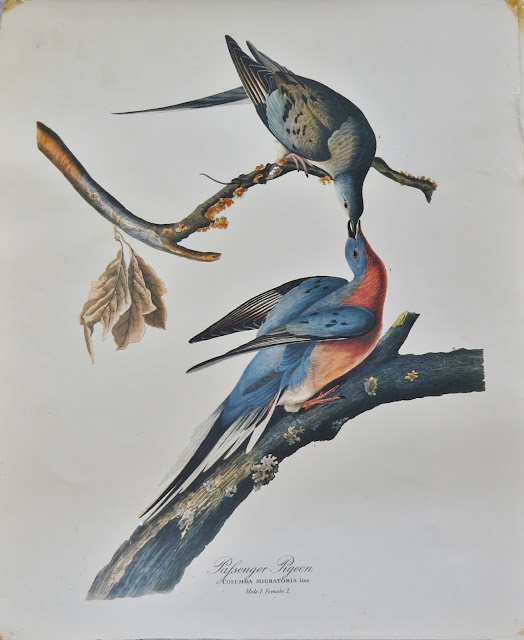 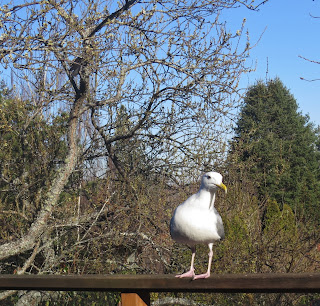 The worm medicine seems to have worked for Pants, He was behaving like a normal-ish squirrel yesterday- sat on his haunches without tipping over.. Have not seen him today, But the nuts have attracted a sea gull pair, They are super aggressive, banging on the windows and door, I can not help but love them a little...They are Pacific gulls, so pretty- and if ever there was such a thing as a smart sea gull , these are they. 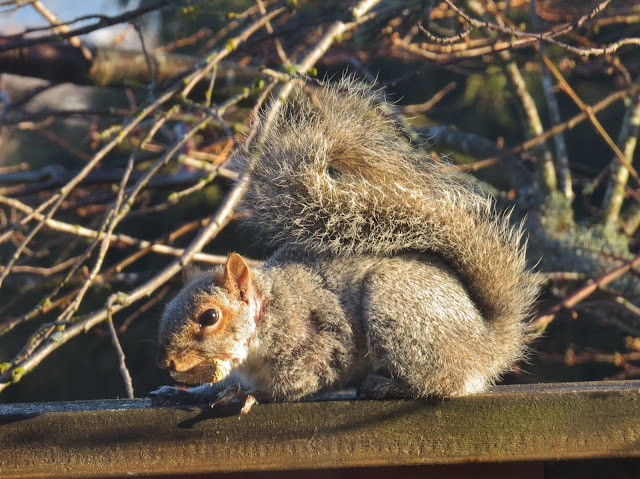 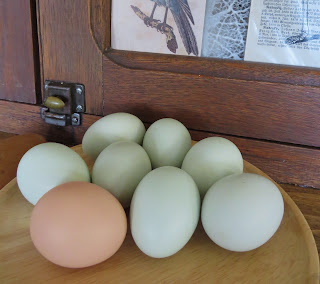 They are living on our roof.
When they land they sound like the sky fell.

These are some pretty eggs from the county.

Not quite animal rescue 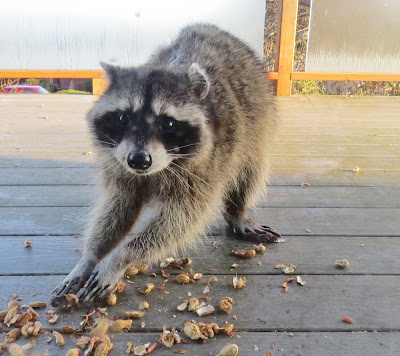 On the deck this morning, this young raccoon scared the jays and Pants away. I shooed him and he went behind the house, Not even five minutes later he was back.
Of course, I let him stay and finish all the nuts and corn, because...I mean really...just look at this poor little guy. 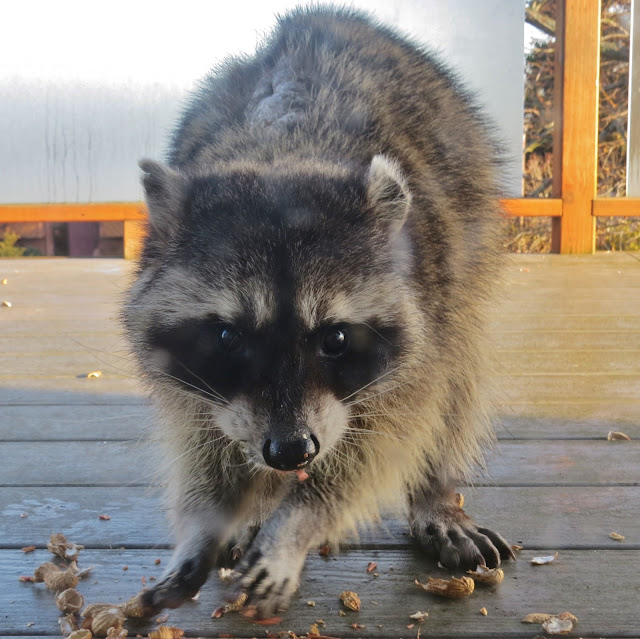 His tail is gone and there is damage back there, He has a hole in his back that has healed over, and his ears have been chewed down to nubbins. 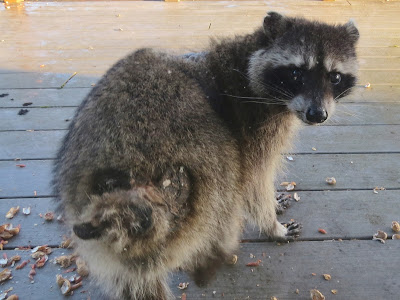 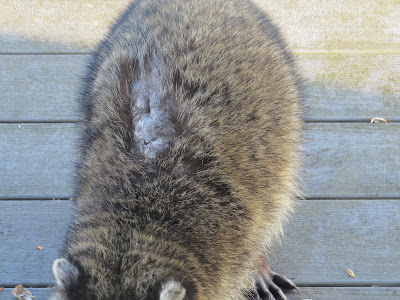 I put de-wormer in the water for Pants, and it seems to have helped, Pants can stand upright and sit on his haunches like a real squirrel!
fingers crossed. I put more out for the Raccoon, hoping that he would drink it, but he was more interested in nuts and corn. 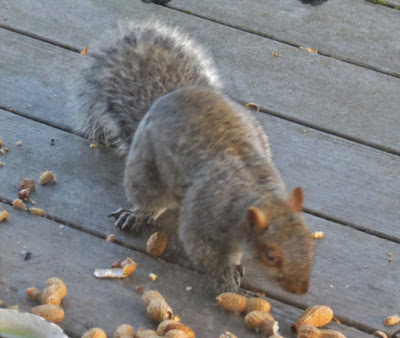 He still prefers to eat upside down, this morning hanging by  one foot on the frosty rail.
Skills. 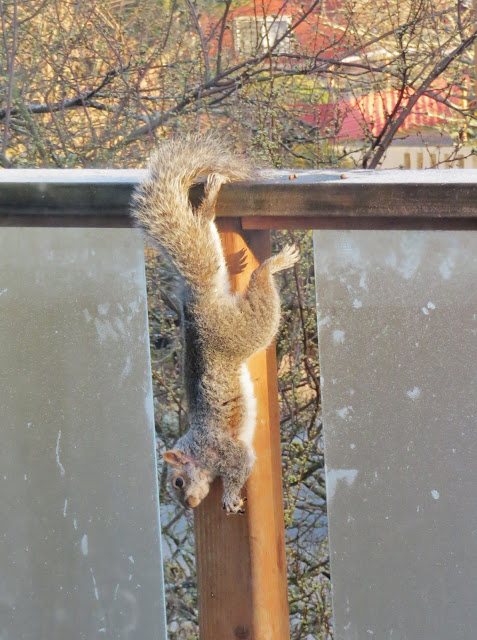 The friend I went to see yesterday wanted me to take her dog to the no kill shelter, about 30 miles from here add an additional 20 or so, from her house. She is suffering from depression. I told her to think about what she was asking overnight, and call me in the morning. She just called, making decisions in a poor state of mind , still wanting me to take her dog, The dog is not even two years old, is a beautiful  very large Pyrenees, smart and sweet .
Loved but not trained.
Anyway, I decided that my friend might rather call animal control because they are very good at getting dogs from point A to point B with little trauma.
So, that is how it has been left at the moment.
It is a terrible decision.
at March 17, 2019 9 comments: