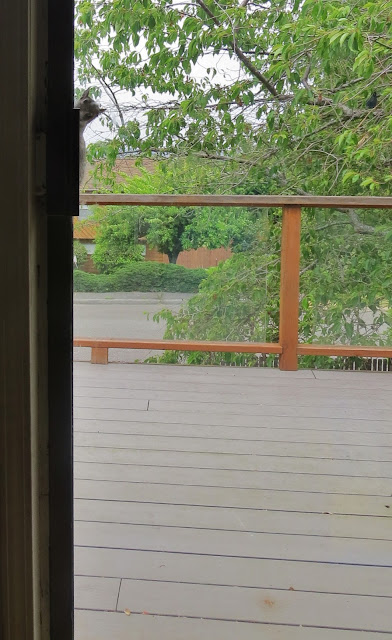 Good morning, what took you so long to notice? Mr. Squirrel Pants has figured out the handle to the door, he is so smart. He comes in, checks out the fire place for possible new dwelling, checks out the toy box where the bag of peanuts is kept, and settles in. 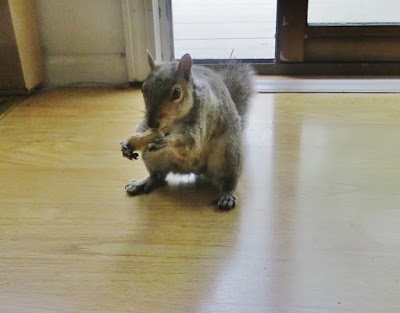 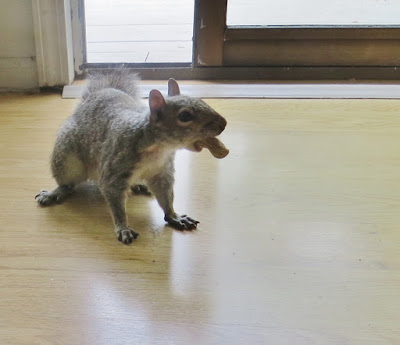 A few of our late blooming peonies  gathered before the rain takes them all the way down to the ground. 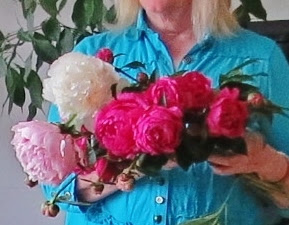 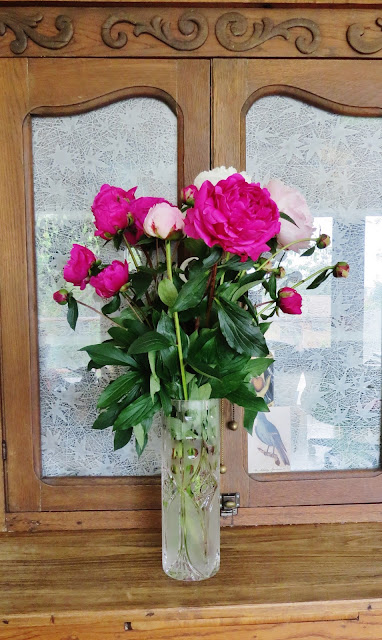 A few tiny ants along for the ride. I guess that one ant signaled her friends and opened most of our buds.
Not as robust as years past, thank you gardeners of insensitive skill...

Anyway, a nice bouquet, for anyone thinking that suicide might be a good idea. Understood.
But please allow your innate curiosity and good will to prevail, there is no next time.
You are loved. Thank you Mary !
Such a loss and a sad reckoning.
You are loved, all of you.
((((((((LOVED))))))) 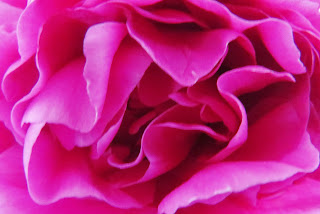 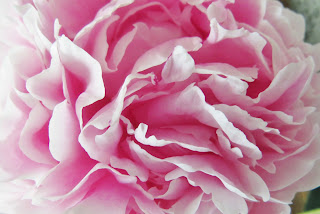 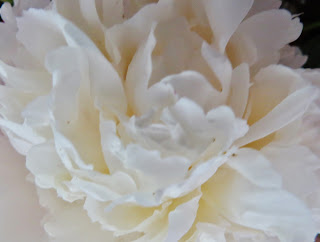 where we live under active volcano 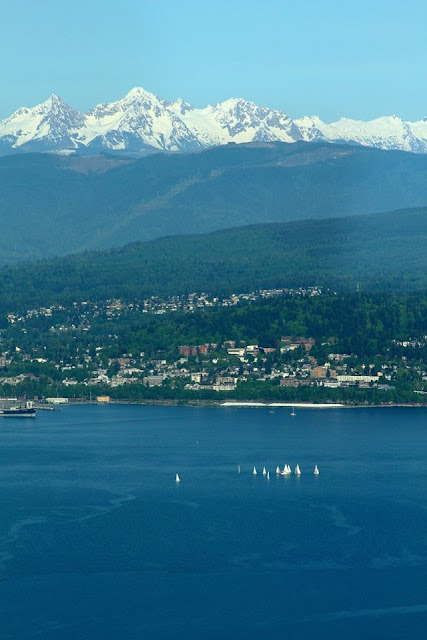 Above  are the sister mountains to our volcano, the lava path is  predicted to head south,, away from our town and into the farmland of the Skagit valley. Our town is fairly well protected - except for  earth quake, ash, mud flow, which will send it right down into the sound. Denial is a wonderful thing. 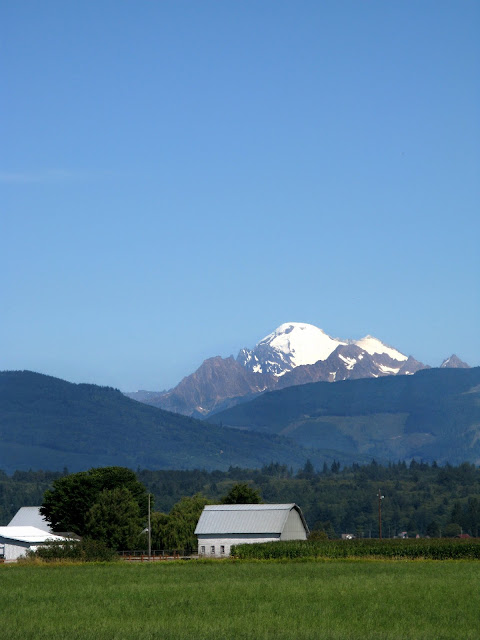 This is the path, and that is our volcano. We are sandwiched in between two volcanoes, so , once the ring of fire gets lit, we may have to run away fast.

Yellowstone, on the other hand, will cover most of the States with three feet of ash and cause a volcano winter. And it is rumbling... Last year I found some thick Gesso -experimented, thinking of Yellowstone and slapped it on some wooden boards  in gooey peaks, dried, threw some paint at it and called it mud bubbles.
As children my brother and I spent a lot of  summers in and near Yellowstone, before it became obscene with tourists and cars and mentally challenged people feeding marshmallows to bear from their car windows. I have not been back since, The change - too upsetting.
I will keep my profound, amazing memories in tact. 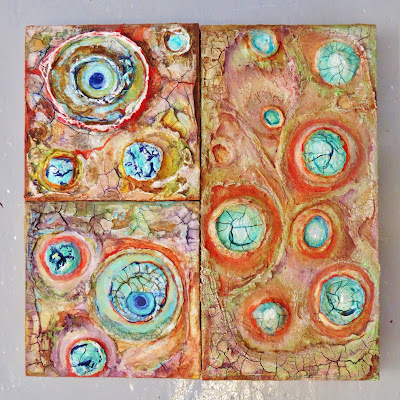 Our volcanoes are way overdue for a big belch. "Overdue" - maybe another million years,or so. Maybe next week...
We know nothing.
Apparently , the safest place to be on earth during earth's big shake off is the center of England, a bit north or Nottingham. Forget about moving there unless you are already an English person...The Queen will not let you.
She has run out of available sons and grandsons to marry... 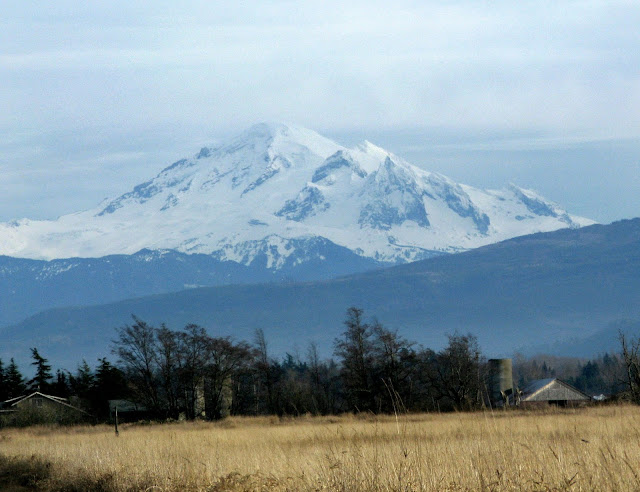 This is another photo of the path of lava, and the volcano, Mount Baker. Mount Rainier will be most dramatic when it blows- just to the south of us in Seattle.