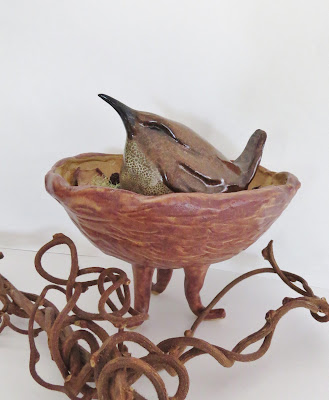 Sandpipers are curious little birds along the shore, nests in or on  ground, faking injury and flopping all over to dissuade threats - Their beaks are highly sensitive for finding food in the mud, and this:

Spotted Sandpipers (along with several other species of scolopacids) are among a small minority of birds that have reversed sex roles; i.e., females are more aggressive and active in courtship than males, and males take the primary parental role. In contrast to the normal pattern in birds, female Spotted Sandpipers arrive first on the breeding grounds, stake out territories, and attempt to attract males. This was the first migratory bird species in which females were found to arrive on the breeding grounds before males. And other Spotted Sandpiper patterns are also unusual to shorebirds: Females are larger than males, female chicks are at least as likely to return to the place where they hatched for their first breeding attempt as males, and breeding females are at least as site-tenacious as males. 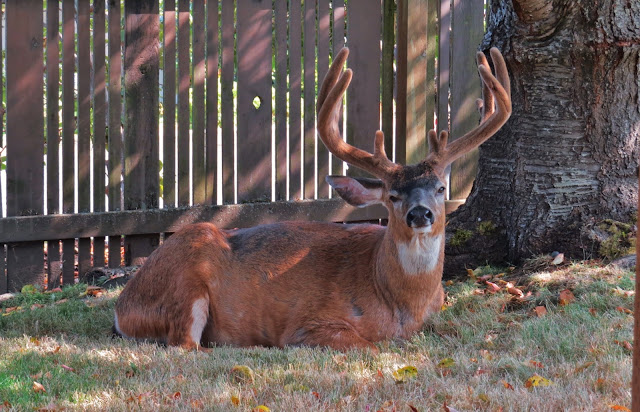 Out my bedroom window this morning, comfortable enough to rest and chew and bask in the sunshine
For a few hours. 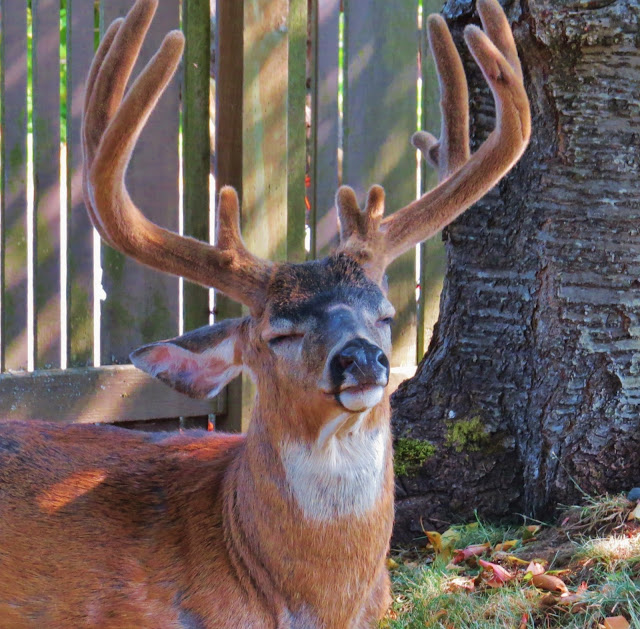 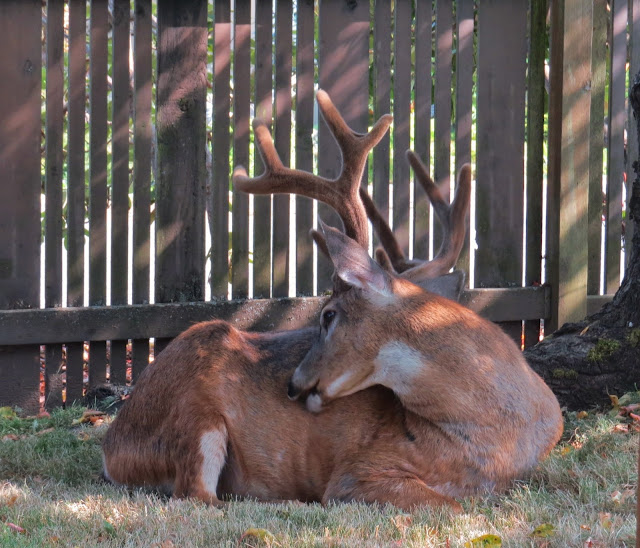 After a good long rest, he wandered into the front yard and off to the neighbor's after nibbling what he could find that was moist and tender enough. It has been slim pickings lately. I left a small bucket of water out for the raccoons last night, They came at 3:00 a.m. , knocked the gate over with a loud crash, padded across the deck , politely washed their paws in the bucket of water, leaving cute muddy foot prints  along the deck.
Crows still coming in the morning and evening, The babies hang out together, the parents seem to keep their distance.
I swear  I live in a child's story book! 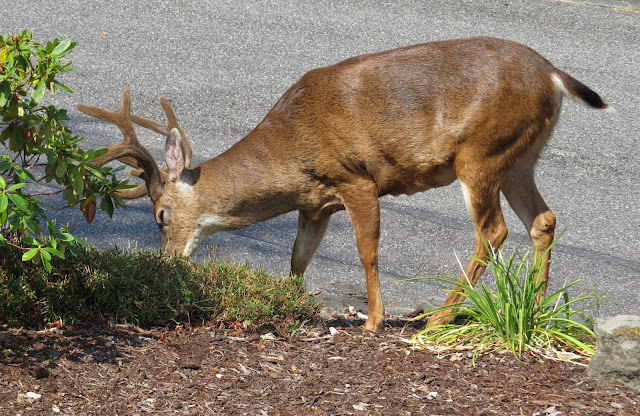 Continuing to stab wool, because it is at eye level - stabbing pad  up on the counter on stacks of books-I can work without further pain and crankiness . Well, that is not true, I am cranky. Healing, they say, hurts. So that is how I look at it. Healing... 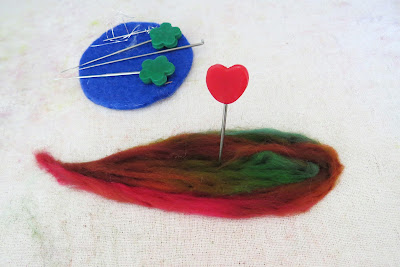